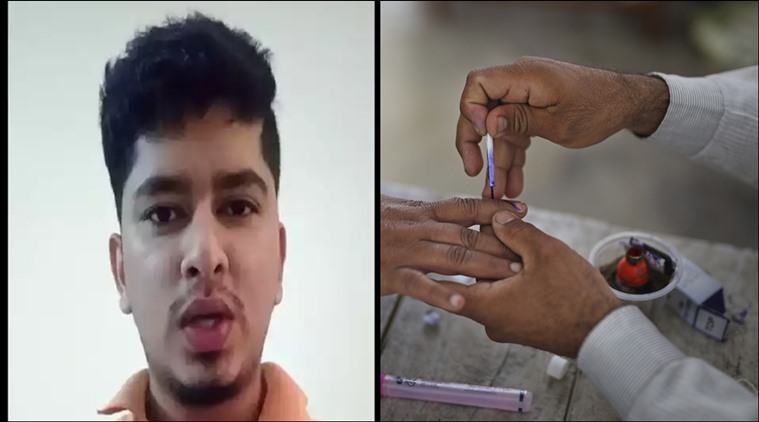 Enthused about voting, Indian expat flaunts ticket on social media, only to find it cancelled

Even though the man lost a lot of money that did not deter him to come to India for casting his votes.

With the 17th Lok Sabha elections underway, not just voters in the country but also voters living abroad are excited to exercise their franchise. However, for one such excited Indian voter residing in Oman, things turned sour after he fell prey to an online scam. Letting the world know he has booked a ticket to come back to vote during the elections, he made a video clip to display his ticket online. But some miscreants accessed his ticket details through the video and cancelled it!

Yes, the young man, Joystan Lobo, who wanted to come to his native place in Mangaluru from Muscat to be able to cast his vote during the 2019 Lok Sabha election had booked ticket late in March. The ticket, which was booked for March 29 by the Puttur man, then made a video encouraging his friends and others to take part in the polling process in a similar way.

According to DaijiWorld, “One of his friends settled at Puttur streamed this video through WhatsApp, Facebook and other social media. Within two hours from then, the ticket was cancelled without the knowledge of Joystan.”

As he openly voiced his support of a party candidate and flaunted his Air India ticket for the flight back home, the video reached online spammer who utilised the PNR details and cancelled the booking — causing him to lose a whole lot of money.

Lobo said he had paid Rs 21,045 for his round-trip tickets and he got a refund of only Rs 9,000. However, the loss didn’t deter the responsible citizen from coming to his home country to cast his vote on time.