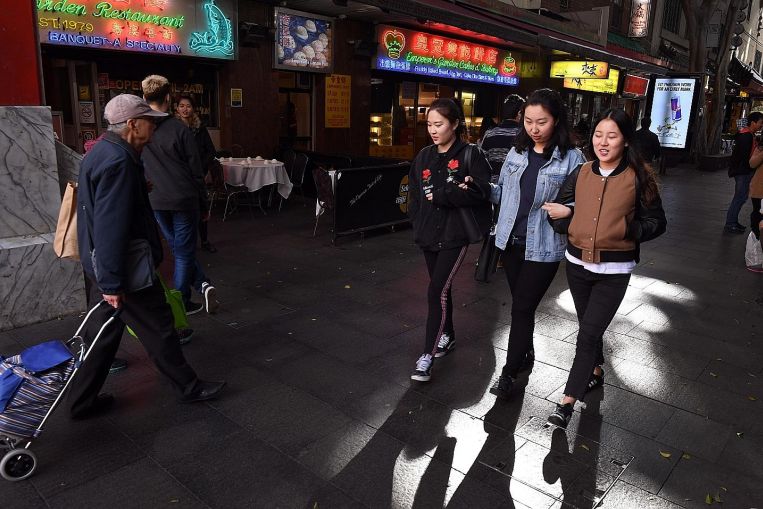 In late March, Australia’s opposition leader Bill Shorten, who is favoured to win the federal election this Saturday, suddenly faced a serious setback.

His campaign was disrupted by revelations that a state Labor leader had made comments that appeared to denigrate Chinese immigrants. The incident threatened to cost Mr Shorten significant votes among the Chinese-Australian community, which is spread across several marginal seats in Sydney.

Days later, Mr Shorten took an unusual step – believed to be the first in a federal political campaign – by conducting a live chat session on WeChat, the Chinese social media platform.

He began with an introductory video and – accompanied by Ms Jennifer Yang, a Mandarin-speaking Labor candidate – answered various questions from participants.

These questions focused on issues such as racism in Australia, gun laws, property taxes and the rise of China.

Since then, WeChat has gone on to play a prominent role in this election campaign, and has been used by both Labor and the ruling Liberal-National coalition. It is one of several tools deployed by the major parties to try to engage Chinese-Australian citizens and win crucial votes in closely fought seats.

The Chinese-Australian community has grown rapidly in recent years, making it a vital demographic for politicians.

Most Chinese voters would like to be treated in the same way as other Australians with rights and responsibilities, not to be singled out as an ethnically different community.

This means the government and political candidates should not narrow-cast to the Chinese communities for purposes of appeasing or pacifying voters of Chinese heritage on specific issues.

PROFESSOR WANNING SUN, from the University of Technology Sydney, on how the Chinese-Australian community should not be treated as a monolithic voting bloc.

Many of them are now clustered in the suburban areas of Sydney and Melbourne, which cover key battlegrounds at the election. In two marginal Sydney seats, Bennelong and Banks, Chinese-Australians make up 21 per cent and 16 per cent of the electorate.

Both major parties have tried to directly appeal to Chinese-Australian voters via Chinese-language advertising, billboards and social media accounts, as well as press conferences and interviews with the local Chinese media.

There have also been fake posts and scare campaigns circulating on WeChat. These include messages which falsely claimthat Labor plans to introduce compulsory same-sex education courses at schools or take in 1.5 million refugees over a decade.

Labor has accused the ruling coalition of generating “malicious false content”. “This is not what we do in Australia,” Labor MP Penny Wong told reporters last Tuesday. “We don’t have major political parties engaging in fake news on this media platform or any other media platform.”

The ruling coalition has denied responsibility, saying it cannot control the comments of WeChat users.

Labor has specifically targeted the Chinese-Australian and other migrant communities with a measure to grant long-stay visas for up to four parents of migrants.

The difficulties in bringing parents to Australia – including hefty costs and delays – have long been a serious concern among migrant communities.

In contrast, the coalition plans to introduce a visa that would allow families to sponsor two parents but this would be capped at 15,000 places and fees would be much higher.

The Chinese-Australian community is typically regarded as more socially conservative than the broader community, with a strong interest in the economy, migration and multicultural policy, and foreign affairs.

But experts have warned that the Chinese-Australian community is diverse and tends to include schisms similar to those of the wider community, such as a greater tendency among younger members to support issues like same-sex marriage.

Some Australians of Chinese heritage date their arrival in Australia to the earliest days of the British colony, while others arrived in the era of Chinese President Xi Jinping.

Professor Wanning Sun from the University of Technology Sydney, an expert on Chinese media, said politicians should not seek to treat this large community as a monolithic voting bloc.

“Most Chinese voters would like to be treated in the same way as other Australians with rights and responsibilities, not to be singled out as an ethnically different community,” she told The Australian Financial Review last month.

“This means the government and political candidates should not narrow-cast to the Chinese communities for purposes of appeasing or pacifying voters of Chinese heritage on specific issues.”