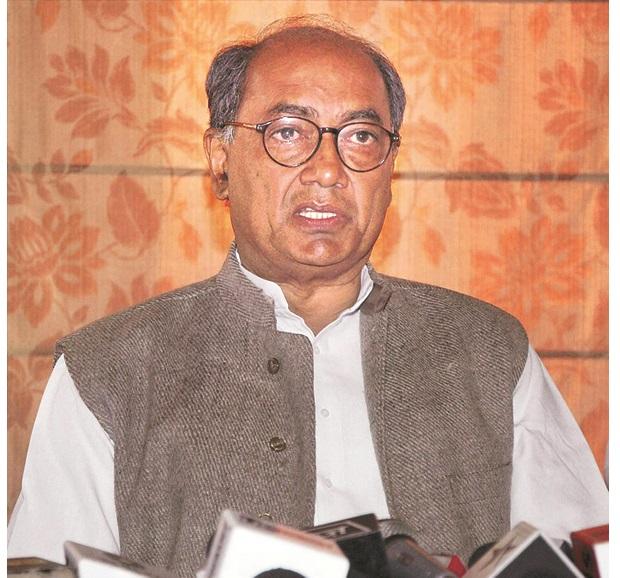 He may be one of the oldest candidates in the fray but former Madhya Pradesh chief minister and the Congress candidate from Bhopal Digvijaya Singh is way ahead of many younger politicians when it comes to using social media. Election Commission (EC) figures show that at Rs 1.5 lakh, Singh has spent the maximum amount on social media. For the first time, the EC is keeping a record of the expenses incurred on platforms such as Twitter and Facebook and adding them to the total expenses incurred by candidates. The interim list from Madhya Pradesh, one of the states with one phase of polling left, has thrown up some other surprises. Singh’s main opponent from Bhopal, the Bharatiya Janata Party’s Sadhvi Pragya Thakur has spent only Rs 21,000, while Nakul Nath, the son of Chief Minister Kamal Nath, has spent a paltry Rs 9,000. Rather surprising is the case of Congress’ Jyotiraditya Scindia who is contesting from Guna and hasn’t spent a single penny on social media.

Constantly overshadowed by its vastly larger neighbour China with which it competes fiercely for a share of India’s market, Taiwan has now pulled out all the stops to attract Indian businesses. To do that, they’ve fallen back on Prime Minister Narendra Modi’s popularity and the idea that Indians will take selfies with every possible thing. On Thursday, the centrepiece of a trade show in New Delhi was a large selfie wall with a cut-out of a senior Taiwanese official sitting on a roadside bench sipping tea. Delegates, buyers and guests lined up to snap selfies and post them online. “We had seen videos of the PM’s chai pe charcha and when my car broke down on a Gujarat highway, the connection was immediate,” said the visibly pleased official in question.

Arrangements for the results

As the Lok Sabha election results date (May 23) is fast approaching, Delhi Police have conveyed to their officers to make special arrangements when it comes to victory marches on the day. Sources said some communally sensitive areas had been marked where no processions would be allowed. A circular says that each procession will need permission and a police vehicle will lead a procession and another will tail the supporters. An assistant commissioner will be deployed with each procession. Further, a station house officer will be stationed at all counting centres. With some attempts at communal polarisation in East Delhi pockets, the police want to leave no stone unturned, said a senior police officer.