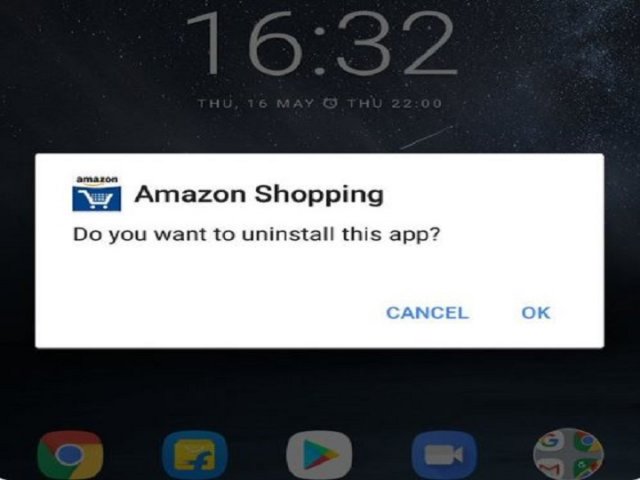 New Delhi: Online e-commerce giant Amazon has yet again found itself mired into controversy for allegedly selling doormats, slippers and toilet seat covers with the image of Hindu deities crafted in it. It all started after a Twitter user shared the images of such products with photo of Hindu Gods and Goddesses, angry Indians have called for a boycott of Amazon and as a result, #BoycottAmazon is trending on the micro-blogging site with over 12 thousand tweets. Several users are tweeting along with the screenshots with hashtag #Boycottamazon show different items that disrespect India’s religious belief.

Thousands of Indian users backed the call for boycotting of the online retailer, with many tagging Indian Foreign Minister Sushma Swaraj asked the government to take strict action against Amazon. There has been no official clarification by Amazon over the issue as yet. However, it is worth the note that these products are not for sale in India.

What the hell is this Amazon? (@AmazonHelp, @amazon)

How many times you will hurt the sentiments of Hindus? Why do you do this every year, every time? Till when will this continue? Will it ever stop? pic.twitter.com/XuwlHHu4qY

Order and cancal
i have ordered 7 items but i will cancel all these when item will be on my doorstep
You can do the same
Total=21,000₹#BoycottAmazon pic.twitter.com/pMJ9nlIXfy

Hypocrisy of Amazon they earn from India , but can’t help their third class mentality ,Amazon u need mental help#BoycottAmazon pic.twitter.com/zGxkli4nAN

Hurting any religious sentiment is bad.

Islam and Christianity too besides Hinduism. pic.twitter.com/p7Wn1jNaAB

Why only one religion is being targeted by these hypocrites ? #BoycottAmazon https://t.co/IRfgbAg0DU

i will cancel this order when it will be on my https://t.co/3IYulJl1Dd can do the same to revenge#BoycottAmazon pic.twitter.com/Wl9rvSikCX

This is not for the first time that the International e-commerce giant has faced flack over the internet for disrespecting Hindu sentiments and selling offensive prints on doormats and other products. Back in 2017, doormats with Indian flags printed on them were spotted on Amazon’s Canada website.

Later, the website was forced to stop the sale of those mats after facing a series of protests from India and Indian-origin Canadians. Ministry of External Affairs (MEA) had also publicly threatened to rescind visas of Amazon employees if products were not removed from its website. This was not just a problem limited to the Hindu religion but Christianity and Islamic religions as well. The website also had images of Jesus and the Holy Quran featured on floor mats.

Even in 2018, a similar hashtag made rounds on Twitter against the online retailer for selling products with images of Mahatma Gandhi and tricolour on footwear. Such repeated incidents go to show the necessity for e-commerce platforms to step up their guidelines and regulations that hurt religious sentiments globally.