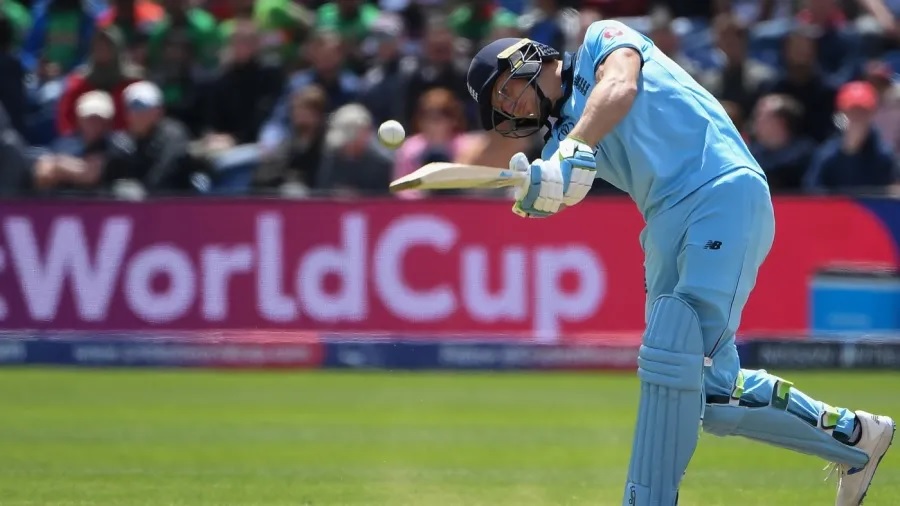 The hosts were asked to bat first and English openers obliged happily. Jonny Bairstow and Jason Roy have put together a century stand for the opening wicket. Once Bairstow was dismissed, Jason Roy went full on attack. He scored 153 runs on the day and brought up his maiden World Cup century.

Jos Buttler soon took charge of the innings, once Jason Roy was caught in the 35th over. The wicket keeper batsman scored a quick fire 64 run knock in just 44 balls. However, he suffered a hip injury during the process. Few big hits from Liam Plunkett and Chris Woakes at the end helped England post a mammoth 386/6 in their 50 overs.

Also Read : Comedy Of Errors – Centurion-Jason Roy, Umpire Clashed Into Each Other Watching The Ball

Asked to chase 388, Bangladesh did not have the best of starts. Jofra Archer was on fire with the new ball and eventually knocked out Soumya Sarkar. Although, Tamim Iqbal once again got a slow start, he could not stay for much longer. Shakib Al Hasan was the lone warrior in Bangladesh’s innings. 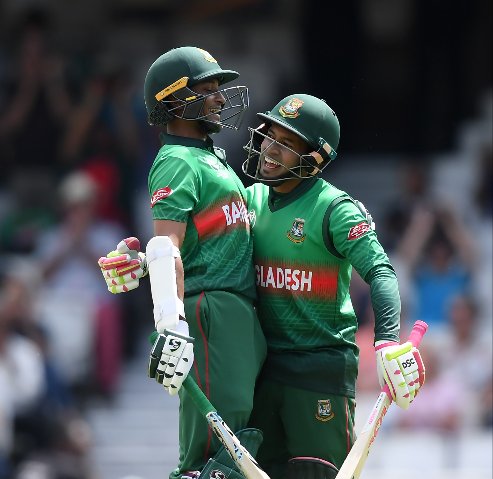 The south paw scored a well made hundred on the day after scoring two consecutive fifties in the previous two games. He got good support from Mushfiqur Rahim for the third wicket but once Rahim was departed, other batsmen could not hold ground for long. Even though Bangladesh made 280, the failure of middle order leaves lots of concern for the team.

Meanwhile, Shakib went on with his business and became the second Bangladeshi player to score a World Cup hundred.

On the other hand, Bangladesh never threatened to chase the total down. And it was only a matter of how many runs that England are going to win from the start.  Among the bowlers, Jofra Archer impressed with the ball once again for England with his fiery pace.

A complete performance by England, outplayed Bangladesh in all the departments #ENGvBAN #CWC19

A bad day at the office for Bangladesh. A record breaking day for England#ENGvBAN #CWC19 pic.twitter.com/FqxVCUjtMF

On their best batting day, Bangladesh will post 330 runs on the board. 387 was always beyond their reach. Did well to score 280.

An extraordinary player Is always an extraordinary. No matter what other people say behind your back.People don’t realize how big it is. Yes It’s “Shakib-Al-Hasan “
75+64+121+❤@Sah75official#CWC19

#ENGvBAN Jofra Archer to Soumya Sarkar . The ball hit the stumps and went for six😲 that was too quick 153kmh @JofraArcher 😍 pic.twitter.com/pe7ffiD6F5

Bangladesh started their innings as if they are chasing 285.

If England continues to be in good batting form, they have very good chance , their bowling still needs improvement #ENGvBAN

The ball from Jofra Archer which bowled Soumya Sarkar hit the boundary ropes on the full. 😱
Heard plenty of times the legend of Jeff Thomson doing the same at the WACA. #ENGvBAN #CWC19 #WeAreEngland

Eng’s Bowling is Weakest among All Teams
But Jofra Archer is Easily Best Gun Bowler among All Bowlers
1. Archer
2. Bumrah
3. Starc
4. Rabada
5. Cummins

If Mitch Starc, Jofra Archer and Jusprit Bumrah were in a same xi..