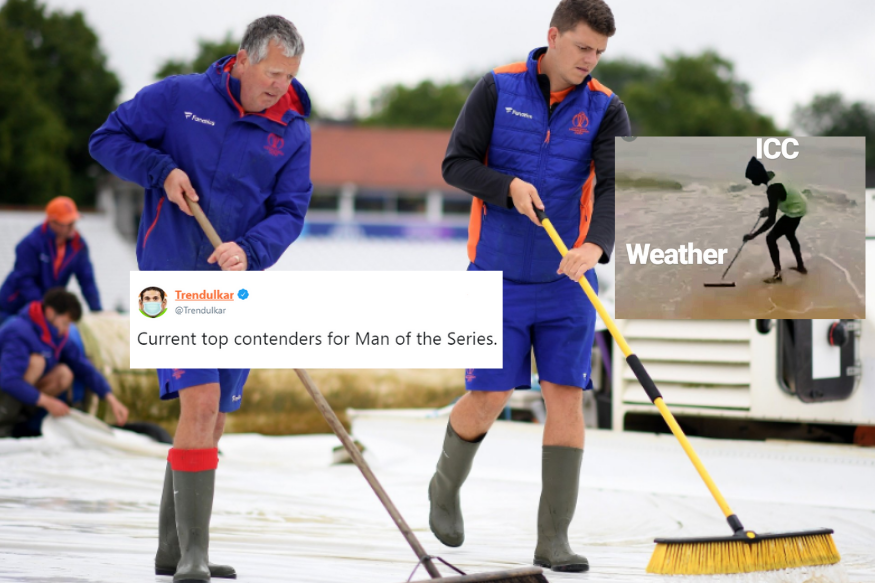 “India won the toss and have decided to swim first.”

Both India and New Zealand have remained unbeaten in the ongoing World Cup tournament with two and three victories to their names respectively but the clear winner that has emerged in the past couple of weeks has to be the frustrating rains.

After Bangladesh vs Sri Lanka joining West Indies v South Africa and Sri Lanka vs Pakistan in the match abandoned club, the rain gods didn’t show much mercy in the much-anticipated India-New Zealand clash in Nottingham at Trent Bridge on Thursday. Unfortunately, this contest, too, was a washout and the rain topped the points table with 8 points. As for India and NZ, both the teams had to settle with 1 point each.

Such was the curiosity about the weather among fans in India, typing the letter “N” on the Google search threw “Nottingham weather” results right back at you.

Despite fearing the worst, the anxious cricket fans back in India took cover under memes and some much-needed humour.

Current top contenders for Man of the Series.#CWC19 #INDvNZ ☔ pic.twitter.com/zwoohthLBP

1900s.British Empire: The empire on which the sun never sets.2019.Britain: What is sun? #INDvNZ

me looking at my tv screen, watching commentators discuss how it’s raining and the game will likely not happen #INDvNZ pic.twitter.com/U8fA9zh4An

Story of the #CWC19 so far pic.twitter.com/CWfWtTkHZt

SOLUTION FOR #INDvNZ match😂.May the rain stop so that we can enjoy 3rd victory of India 😊 #ICCWorldCup2019 pic.twitter.com/9HJCOoSbZV

#WorldCup2019 be like : Team A has won the toss and decided to swim first.#CWC19 #INDvNZ pic.twitter.com/c9N1pRFdw4

If someone asks is India really a cricket crazy country then show him/her this pic. #INDvNZ #CWC19 pic.twitter.com/v2y33sPBUD

And its raining at Trent Bridge, Nottingham #INDvNZ #CWC19 pic.twitter.com/7kyOVP0IAh

To be honest, I will be surprised if there is any play at all in Nottingham today. At the end of today, Rain will be the table toppers with 8 Points!