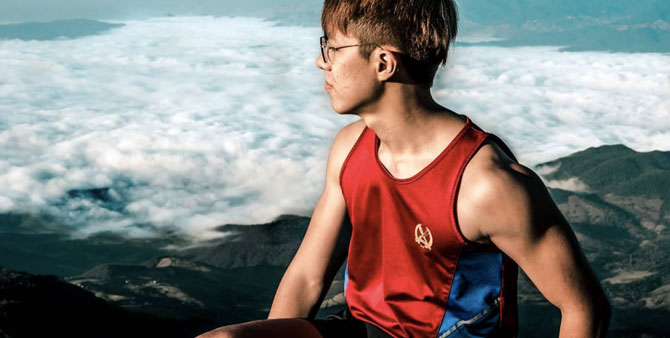 Saizeriya might not be new at all in Singapore (its first outlet opened back in 2014 at Orchard Gateway), but over the last five years, the Japanese chain has quickly earned a rather notorious reputation. Its Italian menu has drawn crowds of budget-savvy parents and broke millennials not because of its stellar quality, but because of its ridiculously — and suspiciously — cheap prices (the mushroom beef bolognese set only costs $7.90). On top of that, its plating can be described at its best as lackadaisical, and at its worst, vulgar. One loyal Singaporean customer has taken to Instagram to document and rate its various culinary atrocities based on value, taste, and plating — and the results are shockingly hilarious. Take for instance, the harmless plate of pork sausages and potato wedges below. We can certainly overlook the absence of any thoughtful plating, but for some strange reason, why does it look like someone has taken a bite out of one of the wedges?

If National Service were to be described as a two-year food chain, then officers would most definitely be the proud tigers at the very top. They are that untouchable cream of the crop who have apparently proven to be the gold standard in effective leadership (read: rubbish) and fitness throughout the three-month Basic Military Training programme. It’s no wonder then, that their OCS (Officer Cadet School) red-and-blue singlet has become an unusual flex among young Singaporean men, even after they’ve completed the mandatory two-year service. You’ve probably seen one in the rugged urban wilds of Singapore. A new Instagram account is now poking fun at these singlet-wearing men by capturing and sharing sightings of them. According to its feed, they seem to be popping up everywhere: from striking a pose at an Active SG heartland gym to stopping by an NTUC Fairprice for an emergency toilet paper run.

I’m a huge fan of stylish nonagenarian Iris Apfel. Her vibrant, multi-textured ensembles exude a rare kind of assuredness and worldliness. On our shores, our homegrown uncles and aunties are flexing big time as well. Admittedly, they are mostly likely walking the aisles of People’s Park Complex rather than Prada, but the point here is that they are putting together some pretty interesting outfits of their own. If you’re reading this with a skeptical side-eye, just take a look at the IG feed of @elderswithstyle. You’ll find a kaleidoscopic array of short-sleeved printed shirts, bold layering of overalls and vests, and even the occasional vintage graphic tee. Enjoy!