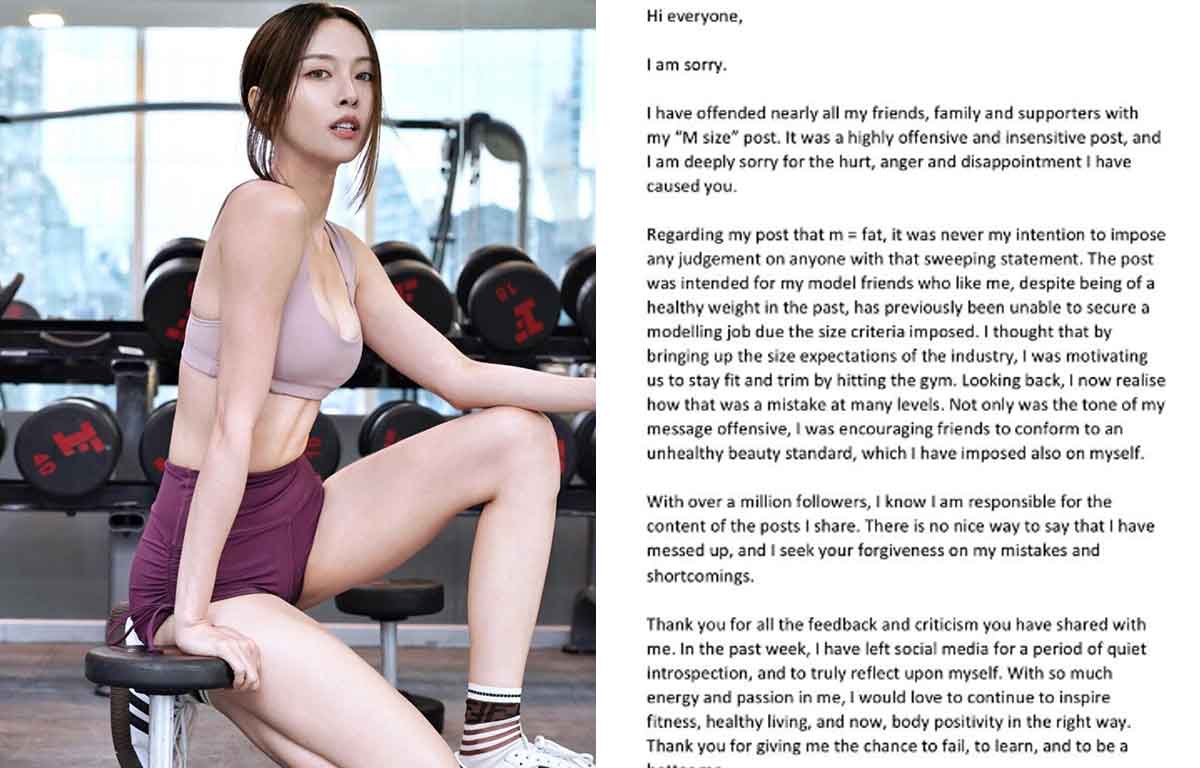 Malaysian actress asks for forgiveness after telling her 1.1 million Instagram followers that women who wear 'M' are fat,

A Malaysian actress and social media influencer has come under fire after posting a statement calling for women to “try to drop down to size 4/XS”.

Cathryn Lee, 30, had said in an Instagram Story that “M= fat”, and that “anything above M is as sinful as obesity”.

In the same post, she told her 1.1 million followers that she was a “size 2/XXS”, and urged women above a size 6 to “[please], stop eating and move your a** to the gym already”.

Netizens did not take kindly to Lee’s advice for women, with many calling her out for body-shaming. One Instagram user even called it “shameful behaviour”.

On Monday (Oct 8), Lee finally broke her silence on the issue by issuing an apology in both English and Mandarin on her Facebook page, which has more than 1.65 million followers.

In the statement, the actress asked for forgiveness and acknowledged that her earlier post was “highly offensive and insensitive”.

“I have offended nearly all my friends, family and supporters with my ‘M size’ post,” she wrote, adding that “it was never my intention to impose any judgement on anyone with that sweeping statement”.

Lee also said that the advice she gave was “intended for my model friends who like me, despite being of a healthy weight in the past, [had] previously been unable to secure a modelling job due the size criteria imposed”.

“I thought that by bringing up the size expectations of the industry, I was motivating us to stay fit and trim by hitting the gym.

“Looking back, I now realise how that was a mistake at many levels. Not only was the tone of my message offensive, I was encouraging friends to conform to an unhealthy beauty standard, which I have imposed also on myself,” she said.

Lee ended her note by saying that she was responsible for the content she shares with her followers.

“There is no nice way to say that I have messed up, and I seek your forgiveness on my mistakes and shortcomings,” she said.