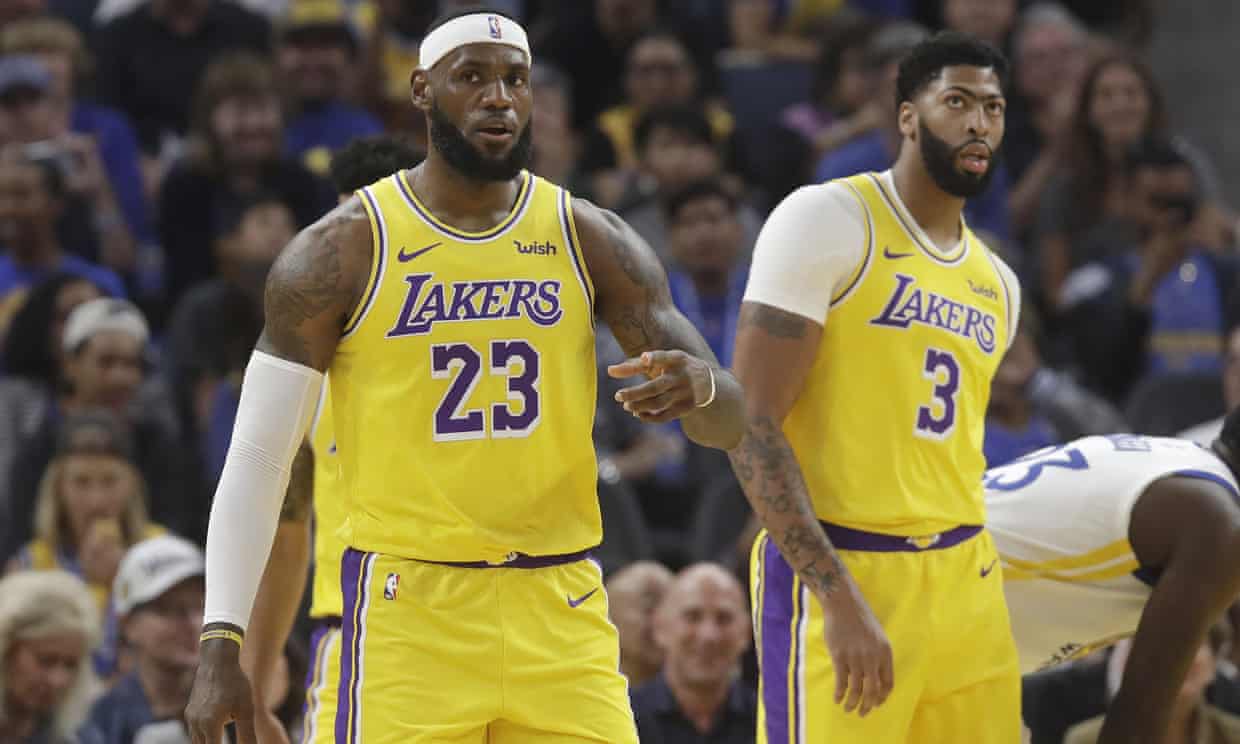 The NBA has postponed Wednesday’s scheduled media sessions in Shanghai for the Brooklyn Nets and Los Angeles Lakers, and it remains unclear if the teams will play in China this week as scheduled.

The teams were training in Shanghai on Wednesday, where at least two other NBA events in advance of the start of the China games were called off as part of the ongoing rift that started after Houston Rockets general manager Daryl Morey posted a tweet last week that showed support for anti-government protesters in Hong Kong.

Morey’s tweet was deleted, and Rockets owner Tilman Fertitta said Morey does not speak for the organization. Joe Tsai, who recently completed his purchase of the Nets and is a co-founder of Chinese ecommerce giant Alibaba, has said the damage to the NBA’s relationship with China “will take a long time to repair.”

“Given the fluidity of the situation, today’s media availability has been postponed,” the league said.

An NBA event that was to benefit Special Olympics was called off, as was a “fan night” celebration which was to be highlighted by the league announcing plans to refurbish outdoor courts in Shanghai. Workers around the city have taken down outdoor promotional ads for Thursday’s Lakers-Nets game. The teams are also supposed to play Saturday in Shenzhen.

Chinese smartphone maker Vivo has joined the list of companies that have suspended, for now at least, ties with the NBA, a move that only adds to the uncertainty over whether the China games will be played. Vivo was a sponsor of the Lakers-Nets games, and on Wednesday there was no reference to the game in Shanghai on the list of upcoming events scheduled at Mercedes-Benz Arena. Other firms such as apparel company Li-Ning announced similar moves earlier this week.

The NBA commissioner, Adam Silver, said on Tuesday in Tokyo that he supports Morey’s right to free speech. Several Chinese companies have suspended their partnership with the NBA in recent days, and Chinese state broadcaster CCTV said it will not broadcast the Lakers-Nets games. “I’m sympathetic to our interests here and to our partners who are upset,” Silver said. “I don’t think it’s inconsistent on one hand to be sympathetic to them and at the same time stand by our principles.”

Silver was due to arrive in Shanghai on Wednesday. Stores that sell NBA merchandise have removed Rockets-related apparel from shelves. Murals featuring the Rockets – even ones with Yao Ming, the Chinese great who played for Houston during his NBA career – were being painted over.

The San Antonio Spurs coach, Gregg Popovich, spoke in support of how Silver has handled the situation. “It wasn’t easy for him to say,” Popovich said, in reference to Silver saying NBA employees were entitled to free speech. “He said that in an environment fraught with possible economic peril. But he sided with the principles that we all hold dearly, or most of us did until the last three years. So I’m thrilled with what he said.”

Other NBA coaches have not been so willing to discuss the situation. Philadelphia’s Brett Brown said he did not wish to get into specifics of the China-NBA rift, though said he has been to that country many times and is always impressed by how popular the game is there.

“Just massive amounts of basketball courts and you’re looking out and there’s no available court,” Brown said. “It’s just people playing on a court. I took an Australian team to China and the story comes there was 400 million viewers watching not the true national team. You’re just reminded of the popularity of the sport.”