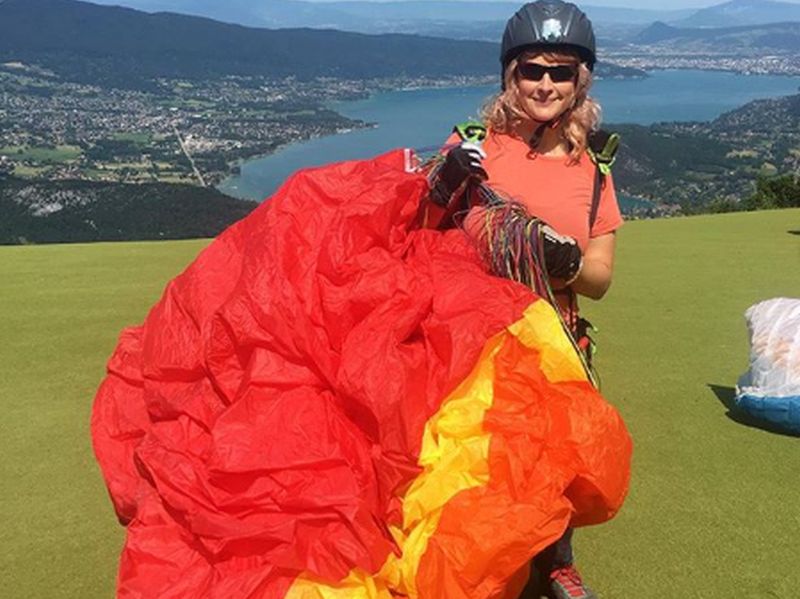 London-based artist Laura Melissa Williams said she woke up a few days ago to find out she had become ‘very popular in Malaysia’ after being inundated with thousands of messages, memes and comments on her social media accounts. — Picture via Instagram/Laura Melissa Williams

KUALA LUMPUR, Nov 9 — A real life paraglider whose middle name coincided with that of a fictional character with the same hobby mentioned in this year’s English SPM examination paper has been flooded with thousands of messages on her Instagram account this week.

In her most recent post that has since drawn over 42,000 “likes”, London-based artist Laura Melissa Williams said she woke up a few days ago to find out she had become “very popular in Malaysia” after being inundated with thousands of messages, memes and comments on her social media accounts — some beautiful and encouraging, others plain “nasty”.

“Hello to all SPM students in Malaysia,” she started, before expressing her bewilderment in getting over 150,000 comments, likes and tweets — many in a language foreign to her.

Williams thanked the Malaysian commenters for their kind messages, saying she has been “encouraged by their positivity”.

She also disclosed that she has visited Malaysia in the past and loved the country.

At the same time, the 30-something-year-old woman said she was also bombarded with not so nice messages, but indicated that it has only inspired her next phase as an artist.

“Nasty messages like these are hurtful and can cause mental health issues.

“Coincidentally, I’m an artist who works on projects that focus on the fusion of technology and human behaviour and how it impacts on our bodies, hearts and minds. You have given me the most amazing source material for behaviours on social media and an insight into what it feels like to be someone who’s encountered cyber bullying,” she added.

The exact question regarding namesake in the SPM exam paper is still unclear, but a photo of Williams in paragliding gear at the Alps posted more than four months ago drew over 6,500 comments her Instagram account at the time of writing.

Among the comments were those looking to see if the Instagram user was the real life person mentioned in the SPM exam paper, while some posted comments suggesting the question was difficult and decided to belittled her.

There were also other users who leapt to the paraglider’s defence while apologising for the patronising comments posted by their fellow Malaysians.

Some Malaysians, like Arwind Kumar, have even made videos to show others what is acceptable and unacceptable behaviour on social media.

There is a fine line between making a JOKE and being extremely RUDE. To the students who bashed this woman online, I hope you understand that it’s not the best choice. We are human beings. Be kind. Be loving. Never ever forget this. pic.twitter.com/IS1EVQOPyJ

Many of the 4,000 over comments in response to Williams’ latest post yesterday supported her anti-cyberbullying stance.