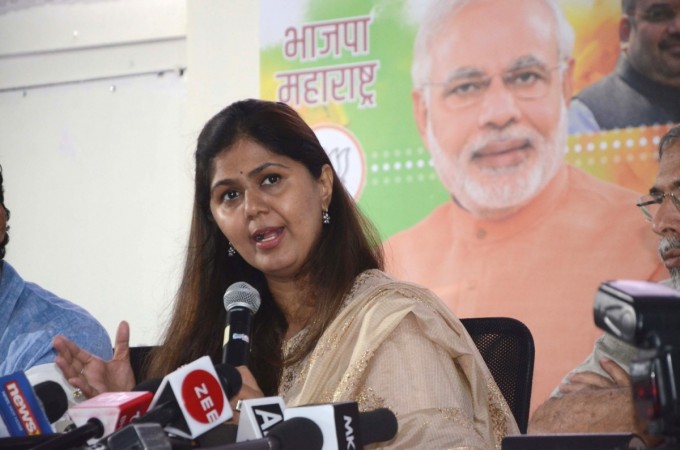 Former Maharashtra minister Pankaja Munde-Palwe on Tuesday, December 3, clarified that she has no plans to quit the Bharatiya Janata Party, says after her social media posts caused concerns amid party circles.

Munde’s former ministerial colleague Vinod Tawde called on her on Tuesday at her official residence and had detailed discussions. Munde said that her Facebook post of Sunday was being misinterpreted and rumours were being spread that she was planning to quit the BJP, particularly after she dropped the party name from her Twitter handle on Monday.

Amid speculation that after losing the October 2019 Assembly elections Munde was eyeing rehabilitation vide a top party post, she clarified that her post was not intended to “pressurise” the BJP leadership in any manner.

Rest clarifications yet to come

After emerging from his meeting, Tawde said that she has been very disturbed after seeing the media reactions to her Facebook post but she has no issues with the party, adding that rest whatever she has to say would be conveyed on December 12, the birth anniversary of her father and former Union Minister, the late Gopinath Munde.

Meanwhile, political sources said that top state and central BJP leaders have been in contact with Munde in the past three days in an attempt to mollify her and prevent her from taking any drastic steps, including quitting the party, particularly after Sena MP Sanjay Raut‘s statement that besides her, many other BJP leaders are in contact with him.

Curiously, after a series of warm greetings to Maha Vikas Aghadi‘s Chief Minister Uddhav Thackeray, who reciprocated with equal warmth on Monday, Munde has been silent on Twitter since past five days, barring her Sunday post on Facebook.

(With inputs from IANS.)