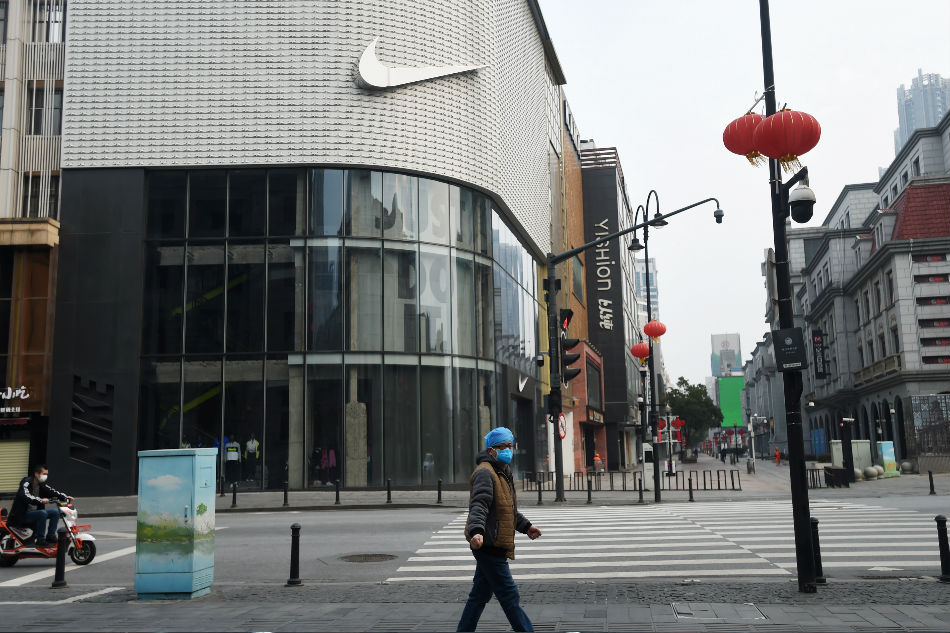 A man wearing protective gear walks past a Nike store at a main commercial area in Wuhan, the epicentre of the novel coronavirus outbreak, Hubei province, China February 25, 2020. REUTERS/Stringer

NEW YORK – Nike’s quarterly profits dropped following a rare sales decline in China due to the coronavirus outbreak, a hit offset somewhat by higher online sales in that market, the company announced Tuesday.

The sporting goods giant, which had garnered double-digit revenue growth in China for 22 straight quarters, suffered a five percent drop in sales in the country in the quarter ending February 29, falling to $1.5 billion.

During the peak of the COVID-19 crisis in China, 75 percent of Nike-owned stores were closed in the country, but that hit was blunted by a 30 percent jump in digital sales, the company said.

With the virus waning in the country where it first appeared, the company said nearly 80 percent of its Nike and affiliated stores in China are currently open.

However, on March 16 Nike shuttered all its Nike-owned stores outside China, Japan and Korea due to coronavirus.

The company, which has extensive marketing and sponsorship ventures in pro sports, also is navigating a marketing environment in which professional sports leagues have been suspended and the Tokyo Olympic Games were postponed for a year.

Net income overall came in at $847, down 23 percent from the year-ago period.