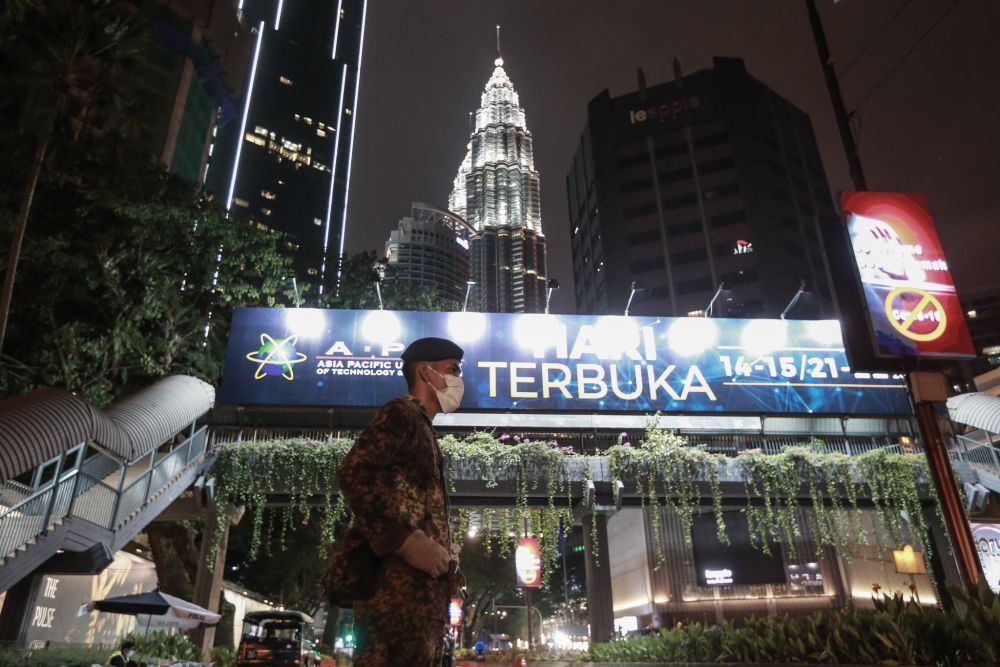 A Malaysian Armed Forces personnel is pictured at a roadblock on Jalan Ampang March 24, 2020. — Picture by Ahmad Zamzahuri

KUALA LUMPUR, March 25 — The Royal Malaysia Police (PDRM) have denied claims that a RM300 fine will be imposed on those found sharing a car with at least one person and a RM200 fine for not wearing a face mask during the implementation of the movement control order (MCO).

The Ministry of Communications and Multimedia (KKMM) in a statement today said the police had also refuted claims that four Indian men tested positive for Covid-19 had fled the Kepala Batas Hospital in Penang.

“Dungun Hospital also rebutted claim that all hospital staff had been quarantined. Although there is a case of Covid-19 positive at the hospital, the quarantine directive did not involve all staff as alleged,” the statement said.

In addition, the Health Ministry also denied that losing appetite and sense of smell were among the newly discovered Covid-19 symptoms.