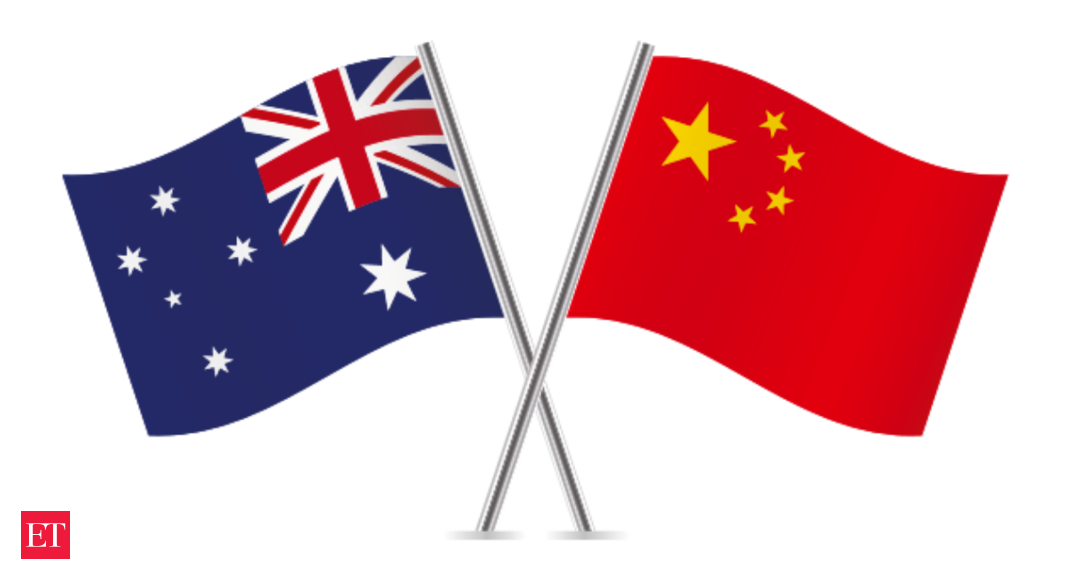 NEW DELHI: Australian high commissioner to India Barry O’ Farrell had heated exchanges on Twitter with Chinese Ambassador to India Sun Weidong on Friday over Beijing’s territorial claims in the South China Sea region and rules based order. This is the first time representatives of two high-profile nations have engaged in a war of words in India, despite ideological differences between countries and blocs. Chinese diplomats, however, have been recently active in Europe and parts of Asia criticising host nations on social media.

Sun reacted sharply over O’ Farrell’s statement during his meeting with external Affairs Minister S Jaishankar in New Delhi on Thursday. O’Farrell had said: “Australia remains deeply concerned by actions in the South China Sea that are destabilising and could provoke escalation. On 23 July, Australia lodged a note with the UN Secretary General refuting China’s unlawful maritime claims in the South China Sea. It rejects China’s claim to historic rights and internal waters, its assertion of certain maritime zones, and its contention there is wide international recognition of its South China Sea sovereignty claims.”

Reacting to this, Sun tweeted on Friday: “Noted remarks by Australian HC to India on #SouthChinaSea disregarding facts. #China’s territorial sovereignty and maritime rights and interests are in conformity with international law including Unclos. It’s clear who safeguards peace and stability and who destabilises and provokes escalation in the region.”

The Australian envoy replied: “Thank you @China_Amb_India. I would hope then you follow the 2016 South China Sea Arbitral Award which is final and binding under international law and also generally refrain from actions that unilaterally alter the status quo.”

Australia-China ties have hit a low since the outbreak of Covid-19, over a host of issues including origin of the pandemic and cyber attacks. Simultaneously, the Australia-India strategic partnership has grown through mutual logistics services pact for the navies.

Twitter attacks are not new to Sun. Exactly a week ago, Sun criticised British high commissioner to India, Philip Barton, for his remarks that China’s actions, including imposing a national security law in Hong Kong and the border standoff with India, posed a challenge for the world and Britain would work with partners to call out violations of international law. Barton had added that the India-China border standoff was a bilateral matter in which the UK had no desire to associate itself with. That did not stop Sun from repeating that it was a bilateral issue which required no “third party interference.”

But this was not the first time Sun took to Twitter to counter his counterpart. Exactly a week ago, Sun pulled up his British counterpart Philip Barton following his remarks on Sino-Indian standoff by pointing out that it was a bilateral issue that required no “third party interference”

Interestingly in what was first for a Chinese envoy in India Sun chose to react after Barton had said that China’s actions around the globe, including imposing a national security law in Hong Kong and the border standoff with India, posed a challenge for the world community and Britain will work with partners to call out violations of international law.

But the British High Commissioner had also made it clear that the India-China border standoff was a bilateral matter that the UK had no desire to associate itself with it.

Barton during a virtual press meet on July 24 had questioned China’s actions in the former British colony of Hong Kong and the South China Sea. “There are challenges around the world on all sorts of Chinese actions, for us Hong Kong particularly is a focus, clearly for India the LAC is a particular focus,” he had said.

“These are concerning things and our hope would be that there can be de-escalation, and tensions do seem to have eased over the last week or two after the tragic loss of lives,” he had said with reference to LAC situation.