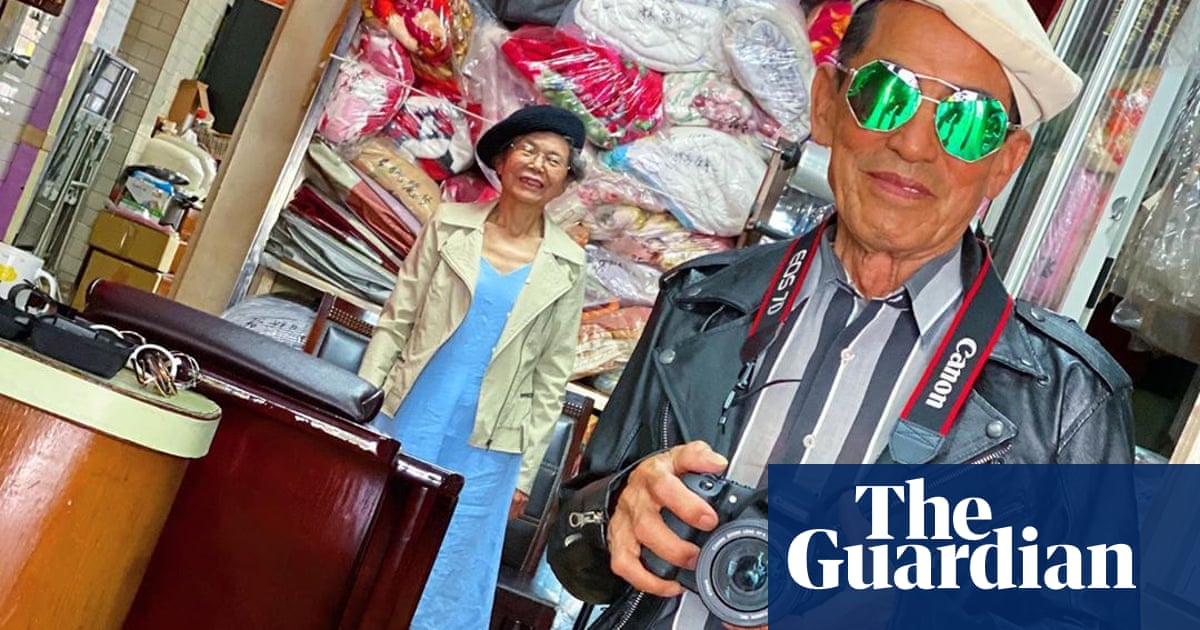 A Taiwanese octogenarian couple who run a small-town laundry service have become an online fashion sensation by modelling abandoned clothes on Instagram.

Chang Wan-ji, 83, and his wife Hsu Sho-er, 84, have racked up nearly 600,000 followers on Instagram over the last month as their attitude-filled fashion portraits went viral.

They have even been featured in the Taiwanese edition of Vogue and Marie Claire.

The couple have run a laundry for decades in a small town near the central city of Taichung. Over the years, customers have either forgotten or failed to collect reams of clothing that the couple never felt able to throw away.

Reef Chang, 31, their grandson, hit upon the idea of using the clothes to alleviate the couple’s boredom.

“My grandpa and grandma were staring blankly at the streets because business wasn’t good,” he said. “I wanted to find something new they could enjoy doing.”

The pair were naturals in front of the camera.

“Modelling these clothes makes me feel 30 years younger,” said Chang. “Many people are telling me, ‘You are famous now and you look younger’.”

Hsu felt so, too. “I am old in age but my heart is not ageing,” she said. “I like to put on pretty clothes and go out to have some fun.”

The account first started going viral abroad and around 400,000 new fans have started following in the past week alone after major international media picked up on their success.

Reef said he translates and reads out fan mail pouring in from all over the world.

“We’re very moved by the messages,” he said. “Many people are saying that @wantshowasyoung is the first happy news they’ve seen in this dark year marred by the Covid-19 pandemic and problems in many countries.”

The couple’s worldwide fame has also prompted a few forgetful customers to pick up old clothes, while some local fans have started visiting their sleepy town to see the store.

Chang says he has lost count of how many garments have gone uncollected in his shop over the decades but he thinks there are at least 400 items at the moment.

Many more have been donated to charities and impoverished families over the years.

The couple hope to use their new social media clout to promote the concept of “environmental fashion”.

“Instead of following fast fashion and keep buying new clothes, we hope people can see that old and second-hand clothes can be fashionable if you arrange and combine them in new ways,” said Reef. “This would cause less damage to the earth and the environment.”