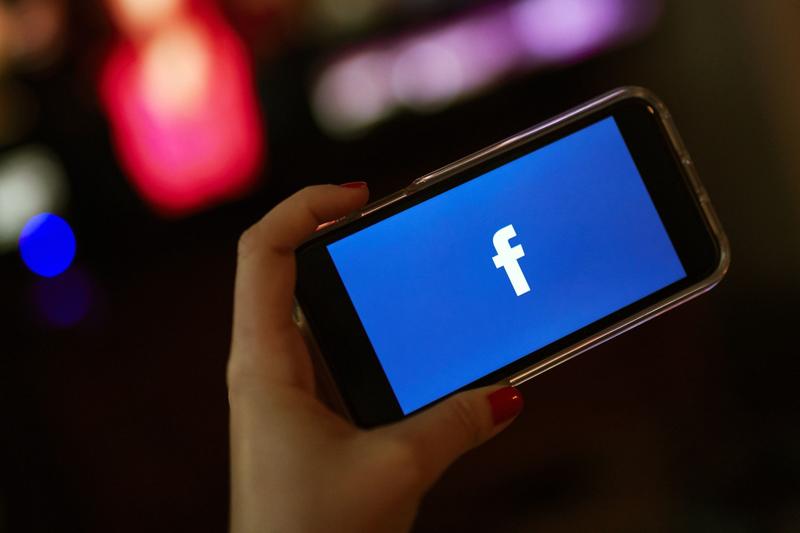 The Facebook Inc logo is displayed on an Apple Inc iPhone in this arranged photograph taken in the Brooklyn borough of New York, US, on April 23, 2019. (GABBY JONES / BLOOMBERG)

Facebook Inc is unveiling a dedicated space on its social network to share accurate information about climate change, similar to hubs for COVID-19 and voting, as part of an effort to combat misinformation about the subject.

The information will come from the Intergovernmental Panel on Climate Change and its partner agencies, such as the US National Oceanic and Atmospheric Administration, with the goal of helping clear up confusion among Facebook users about the issue

The company has been adding links to the COVID-19 and voting information centers on some user posts on the subjects, but hasn’t decided when and how it will link to the new climate change information center, said Nick Clegg, head of global affairs. The information will come from the Intergovernmental Panel on Climate Change and its partner agencies, such as the US National Oceanic and Atmospheric Administration, with the goal of helping clear up confusion among Facebook users about the issue.

Clegg said the current hubs have “exceeded our expectations” in terms of giving users accurate information on important global issues, but Facebook doesn’t plan to create many more. “We can’t and we shouldn’t clutter Facebook with a sort of multiplicity of hubs,” he said. “That would devalue the impact of each of those hubs.”

Separately, Facebook said that it’s working to reduce the company’s climate change impact. It will “achieve net zero carbon emissions” by the end of the year, and be “100 percent supported by renewable energy,” Clegg said.

Climate change misinformation, like much false and misleading information, has long been a problem on Facebook, but the issue has become more prominent in recent weeks given the vast number of wildfires in the western US. The company began this past weekend to remove posts inaccurately claiming that wildfires were started by the anti-fascist activist group known as Antifa. The accusations were “forcing local fire and police agencies to divert resources from fighting the fires and protecting the public,” a Facebook spokesman tweeted. Facebook has a policy of removing misinformation that poses a direct and immediate threat to users’ offline safety.

The company doesn’t remove all misleading information about climate change. Instead, it places posts that include inaccurate statements behind a warning screen, and the vast majority of people do not click through to read it, Clegg said.

It’s a “mistaken view that the only and sustainable solution to bad information is removal,” Clegg said.

The new climate change hub will go live Tuesday in the US, Germany, France and the UK and will roll out later to other countries.