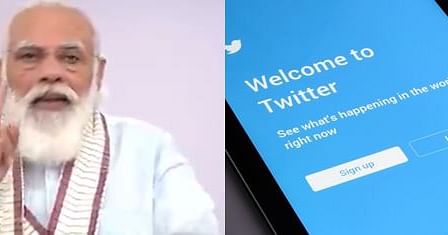 Kashmir, a part of China? Centre hits back at Twitter

The Government of India has written a stern letter to the CEO of Twitter, Jack Dorsey over the misrepresentation of the map of Jammu & Kashmir/Ladakh where it was shown as a part of China.

Earlier Twitter had shown the geo-location of Leh in Jammu & Kashmir as a part of People’s Republic of China.

Author and national security analyst, Nitin Gokhale first started the live broadcast on Twitter from the Hall of Fame. It is a memorial for soldiers who had lost their lives fighting for the nation.

In the video the location tag was marked, ‘Jammu and Kashmir, People’s republic of China.’ Twitter users instantly pointed out the error including Gokhale himself by tagging the official handles of Twitter India and Twitter. Although no replies from either of the accounts were made regarding the issue yesterday, on Monday in an official statement a Twitter spokesperson stated, “We became aware of this technical issue on Sunday, and understand and respect the sensitivities around it. Teams have worked swiftly to investigate and resolve the concerned geotag issue.”