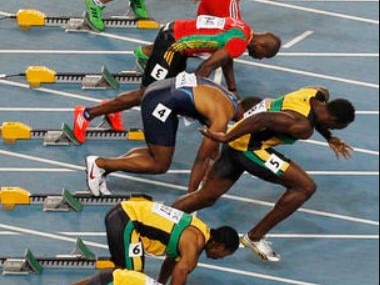 new Delhiः After Volker Harman resigned from his post, the Athletics Federation of India (AFI) has started a search for high performance directors for junior and senior athletes. Harman, the High Performance Director of the Indian athletics team, told on Sunday that he has resigned from his post. Harman said in a statement on his Facebook page that he resigned three weeks ago. He resigned after not meeting expectations.

AFI President Adil Sumariwala said that he tried to convince Harman to continue and work with AFI, but he welcomed Harman’s decision to return to Germany. He also said that Harman has offered to work as a consultant with AFI in future. Sumariwala said that AFI is now looking for Junior High Performance Director as well as Senior.

Harman said in a statement, “After spending a year and a half of brilliant and inspiring years in India, the day has come that I have not been able to fulfill the expectations I had expected from myself as the High Performance Director of AFI. I resigned from my post three weeks ago. ” He wrote, “I believe that the future of athletics in India is fantastic. The best talent in the country needs infrastructures and coaches. Also it needs strong, confident and independent minded players who can succeed globally.” . “

Harman was appointed as the High Performance Director of the Indian athletics team in June 2019. He was among nine foreign coaches whose contract was extended in September. Sumariwala said, “We tried to convince him to continue and work with the AFI, however, it is his personal decision to return to his country (Germany) and we respect his decision.”

He said, “He has expressed a desire to be with us as a mentor. In future we will definitely work with him whenever necessary. We wish him all the best for the future. Now we are senior athletes and junior Excited to appoint two new high performance directors for athletes. “