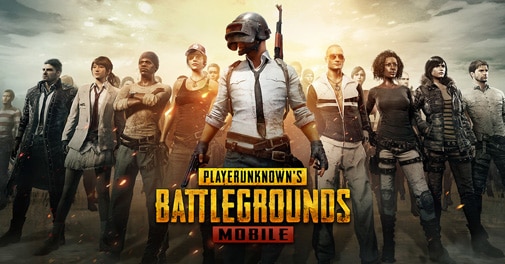 Ever since the announcement of PUBG Mobile India, the hype around the Indian iteration has only been increasing. The gaming application banned by India in September has already registered more players than the soon-to-be-rolled-out Indian substitute – FAU-G.

Along with the hype, as well as the lack of multiple official updates by PUBG Mobile, the game has become a victim of fake news. Several fake pages and videos claiming to be related to PUBG Mobile India have started surfacing across various platforms.

PUBG Corporation, on November 12, announced the special Indian version of the game along with several teasers on the official Facebook page of PUBG Mobile India. However, they did not provide any other details about the upcoming version.

A fake trailer of PUBG Mobile India that had been doing the rounds on WhatsApp has now appeared on the TapTap page of the game. TapTap is a mobile game sharing community.

The trailer on TapTap’s PUBG Mobile India page features various skins, costumes, and emotes. However, it is crucial to note that this trailer is fake and not legitimate. It has been tweaked to make it look like the trailer for PUBG Mobile’s Indian version. The original video is of the PUBG Survivor Pass Season 9: HIGHLANDS, and was uploaded on the official YouTube channel of PUBG.

Players are advised to follow the official social media handles and YouTube channel of PUBG Mobile India to get the latest updates about the game’s availability.

Social Media News
Previous Post
WhatsApp Disappearing Messages Now Live in India: Here’s How to Use it on iOS, Android and Desktop
Next Post
Reuters India: Twitter and Facebook will transfer their presidential accounts as well as those for the White House, vice president… https://t.co/oX0RLjNqX7