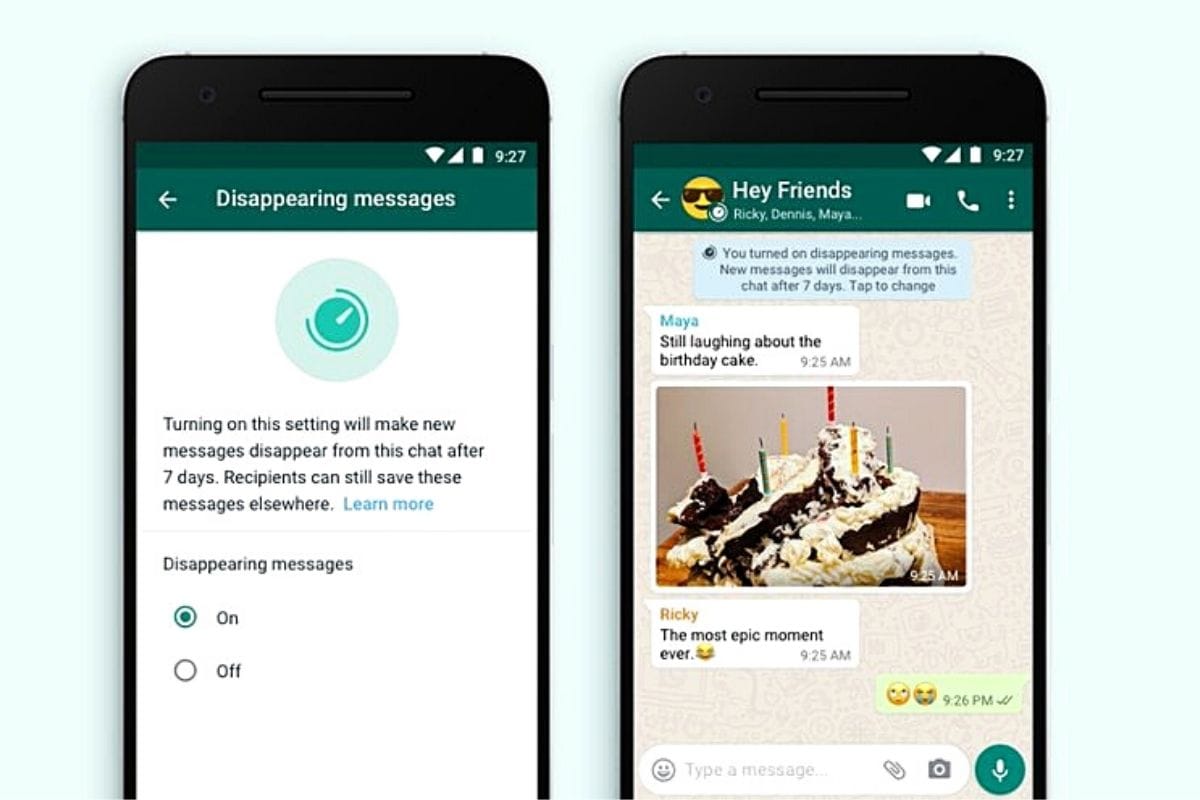 WhatsApp Disappearing Messages Now Live in India: Here’s How to Use it on iOS, Android and Desktop

WhatsApp ‘disappearing messages’ feature is finally available in India and users can now use it across all platforms, that is, WhatsApp for Android, iOS, desktop, KaiOS and web. However, users have to enable the feature manually, and as WhatsApp explains, messages (including media files) under this will automatically disappear after seven days. The disappearing messages feature can also be used on group chats; however, the option to enable/disable only lies with the admin. The Facebook-owned company had cautioned that it should be used with “trusted” users as anyone can always take a screenshot.

To enable the feature on WhatsApp for Android and iOS devices (individual chat), users will need to open a WhatsApp chat > Tap the contact’s name > Tap Disappearing messages > If prompted, tap ‘CONTINUE’ > Select On. The Facebook-owned company has stated that the same method can be used for WhatsApp for desktop, web and KaiOS. Similarly, the same method applies to disable the disappearing messages feature.

The Facebook-owned WhatsApp had also explained that previous messages or media files, that is before the disappearing messages option is enabled, won’t be affected. In case of users are unable to see the option, they are advised to get the latest version of the app from the respective app store.