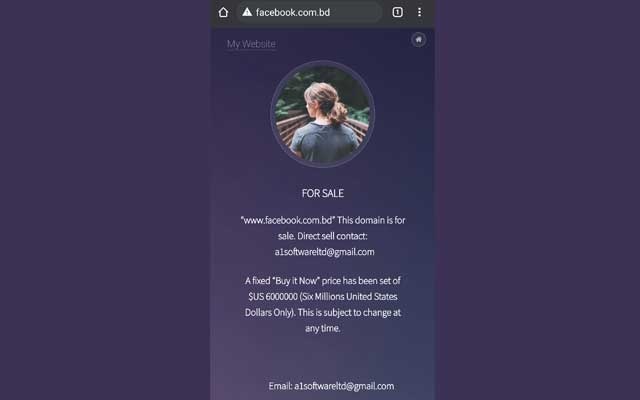 Facebook files lawsuit in Bangladesh for using its name with .bd domain

Lawyer Moksedul Islam started a case on behalf of the social media giant against A1 Software Ltd and an individual named SK Shamsul Alam at Dhaka’s District and Sessions Judges Court on Sunday.

Facebook got its website facebook.com registered in Bangladesh by the Department of Patents, Designs and Trademarks in January 2010.

Shamsul applied for the domain facebook.com.bd and got it cleared by Bangladesh Telecommunication Company Limited the same year.

Facebook authorities sent a legal notice when facebook.com.bd was put up for sale at $6 million.

SM Arifur Rahman, a lawyer for Facebook, said they started the case as the .bd website was not taken down following its warning.

Facebook also sought a ban on transfer of facebook.com.bd.