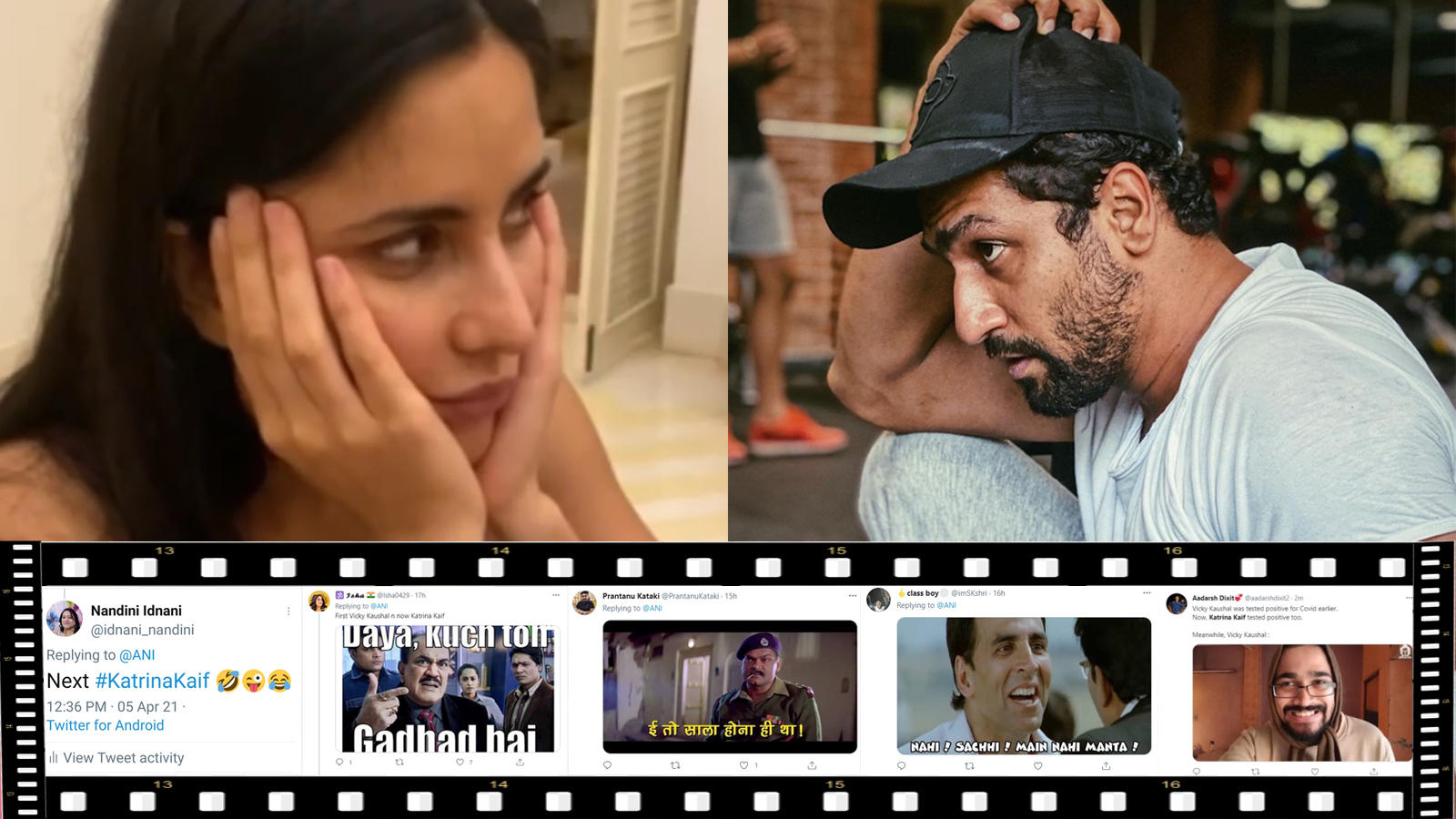 These past few months COVID-19 has been spreading like wildfire in the country and this time, along with the general public, the film industry is also falling prey to the novel coronavirus. After rumoured boyfriend Vicky Kaushal, actress Katrina Kaif is the latest Bollywood celebrity to have contracted the deadly coronavirus. Well, the rumours were already strife in the B-Town that both Katrina and Vicky are dating each other and now both of them getting positive within few hours of each other has surely raised eyebrows of their fans, triggering a massive meme fest on social media. As soon as the news broke out of her contracting the virus just a day after Vicky, social media was flooded with memes leaving everyone in splits. While one meme refers to a popular dialogue ‘Daya…kuch toh gadbad hai’ from the TV show ‘CID’, the other one says ‘samajh rahe ho na aap’ along with a picture of a YouTuber. Few of the netizens even commented on Twitter that they had already predicted the same as soon as Vicky got positive with the novel virus. However, some of her fans even expressed their concern by wishing her a speedy recovery. While one Twitterati wrote, ‘Get well soon’, the other one tweeted, ‘Katrina, get well soon, I hope you will regain your old health in a short time.’ Meanwhile, both the stars are home quarantined at present after getting diagnosed with COVID-19. Earlier, both Vicky and Katrina took to their respective Instagram handles to share posts confirming the same and gave their health updates to fans, and also urged them to stay safe. Notably, apart from Katrina and Vicky, Bollywood celebrities like Akshay Kumar, Aamir Khan, Govinda, Bhumi Pednekar, Rohit Saraf, Alia Bhatt, Aditya Narayan and others have also tested COVID-19 positive. Well, talking about the rumoured couple, Vicky And Katrina are often spotted together in the city and Bollywood parties but they have never said anything about their relationship status. Earlier, there were also reports that the duo had taken a secret trip to Alibaug and celebrated the New Year together when a picture of Katrina with a mirror glimpse of Vicky Kaushal went viral. Meanwhile, on the work front, both Vicky and Katrina are keeping too busy. Where, Katrina Kaif will be next seen in Rohit Shetty’s much-awaited ‘Sooryavanshi’ alongside Akshay Kumar, Vicky has multiple films in the pipeline like Meghna Gulzar’s Sam Manekshaw’s biopic and Sardar Udham Singh’s biopic, ‘Mr. Lele’ and others.