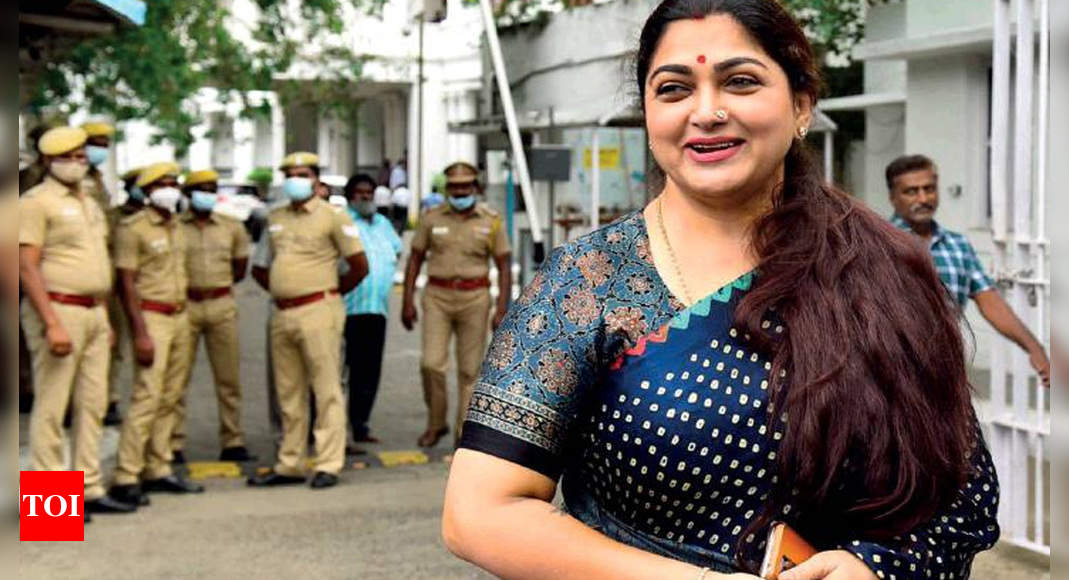 Actor-politician Khushbu Sundar’s Twitter account was hijacked, posts deleted and hacked by miscreants who changed the handle id as well.
The actor, who had lodged an online complaint about the issue three days ago, called on Tamil Nadu director-general of police C Sylendra Babu at state police headquarters on Tuesday, seeking speedy probe into the cyber attack.
Khushbu said her twitter id had been changed to ‘Briann’ and all her tweets, except those with photographs and videos, were deleted by unidentified miscreants. The actor told TOI that she was unable to access her Twitter account for the past three days. “The tweets are also missing,” she said.
Emerging out of the DGP office on Tuesday, Khushbu told reporters that the DGP had promised to pursue her complaint and take action.
She said some miscreants had targeted her to tarnish her image in politics. “As I am in a respectable position in BJP, the miscreants might misuse my Twitter account,” she said.
Asked if she would accept a governor post, if offered, Khushbu said: “I am not that old to seek a position as a state governor. Also, I never expect any posts or position in BJP.”
She ruled out BJP hand in the reported breach of Congress leader Rahul Gandhi’s social media profiles, saying, “BJP doesn’t have any use hacking Rahul Gandhi’s social media account.”
Watch Actor-politician Khushbu Sundar’s Twitter account hacked once again, she hopes hacker doesn’t ‘incite violence’ through her handle