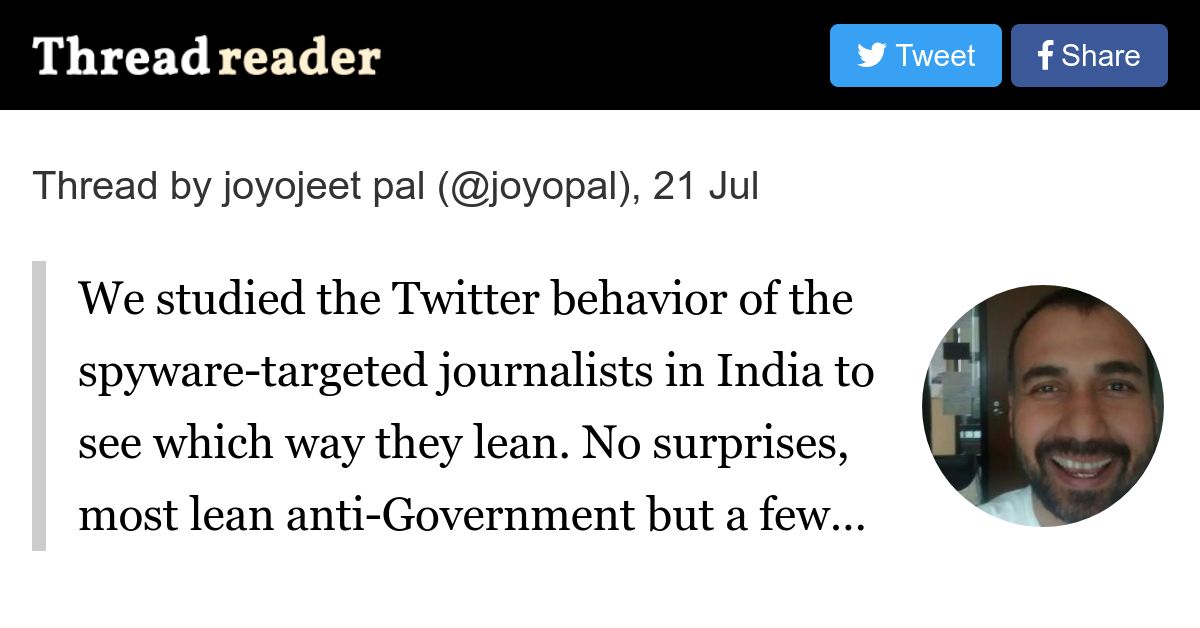 We studied the Twitter behavior of the spyware-targeted journalists in India to see which way they lean. No surprises, most lean anti-Government but a few on the pro-Gov side as well. This document confirms that through data. Three other trends.

I went to the US mainly to exploit a student visa & jump to a job at the first opp. I failed, ended up doing a PhD with no academic interest, mainly to dodge deportation.

Eventually I became a college professor, then quit to become a lanyard-wearing Bangalore techie

Look at study abroad as bigger than the money you spend for it. It’s an incredible privilege to have that resource. But you’re not paying for the degree – you are paying for the places, people, worldviews, cultures you experience.

If you go to the US as a foreign student, the odds are, the degree alone won’t get you a work permit, except for a small number of degrees, and institutions.

But if you got a short-term job, say 1-3 years on your allowed academic visa, you’ll earn back a good chunk of the loan.