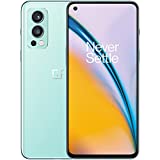 Chinese fans lashed out at one of the country’s star Olympic competitors after she failed to make it to the finals, prompting censors to suspend nearly three dozen social media accounts over the abuse.

Wang Luyao was an early favorite to win the Tokyo 2020 women’s air rifle competition but she had a difficult semi-final round, and failed to qualify for the sport’s final.

Following the disappointing match, Wang posted a selfie of herself posing in black pajamas.

“Sorry everyone, I admit I chickened out. See you in three years,” she captioned the image.

Weibo users were apparently insulted that she seemed to make light of her failure.

“Why not reflect on your failure? What purpose do you have for releasing an arrogant selfie?” wrote one Weibo user, according to the South China Morning Post.

TOP VIDEOS FOR YOU

“You did not spend time thinking about why you failed, but immediately posted a selfie on Weibo. It seems you desire to be famous,” said another, according to the outlet.

The lashing was so severe that Wang deleted the post.
In response to the criticism, Weibo banned 16 users for a period of 180 days and another 17 users for 90 days, Global Times reported.

The Opinion board of China Daily also released an editorial in support of Wang and shamed Weibo users who bullied her.

“It is painful for any player to lose after years of hard work,” the unsigned editorial said. “There is nothing wrong if a losing athlete lets off steam through Weibo. We should look at Wang’s post with an empathetic ‘we feel your sadness’ attitude rather than engaging in criticism and posting sarcastic comments.”