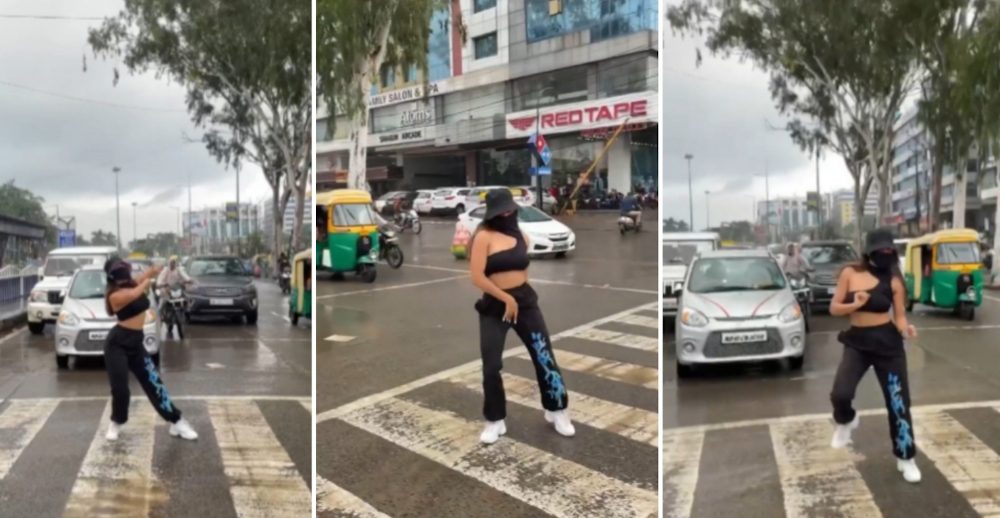 Instagram influencer in India in trouble for dancing in the middle of the road, breaching traffic regulations (VIDEO) | Life | Malay Mail

KUALA LUMPUR, Sept 17 — A video of an Instagram influencer from India, Shreya Kalra, dancing at a busy junction in Madhya Pradesh’s Indore has gone viral on social media

It is believed that Kalra’s impromptu dance in the middle of the road was a Facebook challenge, which led the vehicles to slow down, reported India.com.

The video, which was filmed at Rasoma Square, showed Kalra running across the road to a zebra crossing as traffic slows to a standstill behind her.

The viral clip of her dancing to the Woman song, by Doja Cat, has won millions of hearts with 43568 likes and 2991 comments despite the negative remarks on her lack of responsibility that upset the public during her performance.

“Never seen a stupidity like this how people are giving themselves to social media,” one user said.

“Do not break the rules, right! And I thought zebra crossing was meant to walk and cross the road and not to dance like a maniac,” the second user commented.

“I dare you to dance behind the Bars,” another comment read.

“Troubling the general population for likes,” said another person.

However, the police have issued a summons against Kalra for breaching the traffic regulations.

Adding to that, she appeared in the video without a mask before starting to dance, which is against the Standard Operating Procedure (SOP).

According to Indore ASP Rajesh Raghuwanshi, Kalra has been charged with public nuisance under the Indian Penal Code section 290, reported Times of India.

“Even if the signal was red, the girl was dancing in the centre of traffic, which is a nuisance regardless of her intentions,” he said.

In response, Kalra also explained that her spontaneous dance was to educate the road users to pull over their vehicles before the zebra line, said Times of India.

“My main motive in creating the video was to make people aware that a red signal means traffic should stop and they should not cross the zebra crossing,” she said.