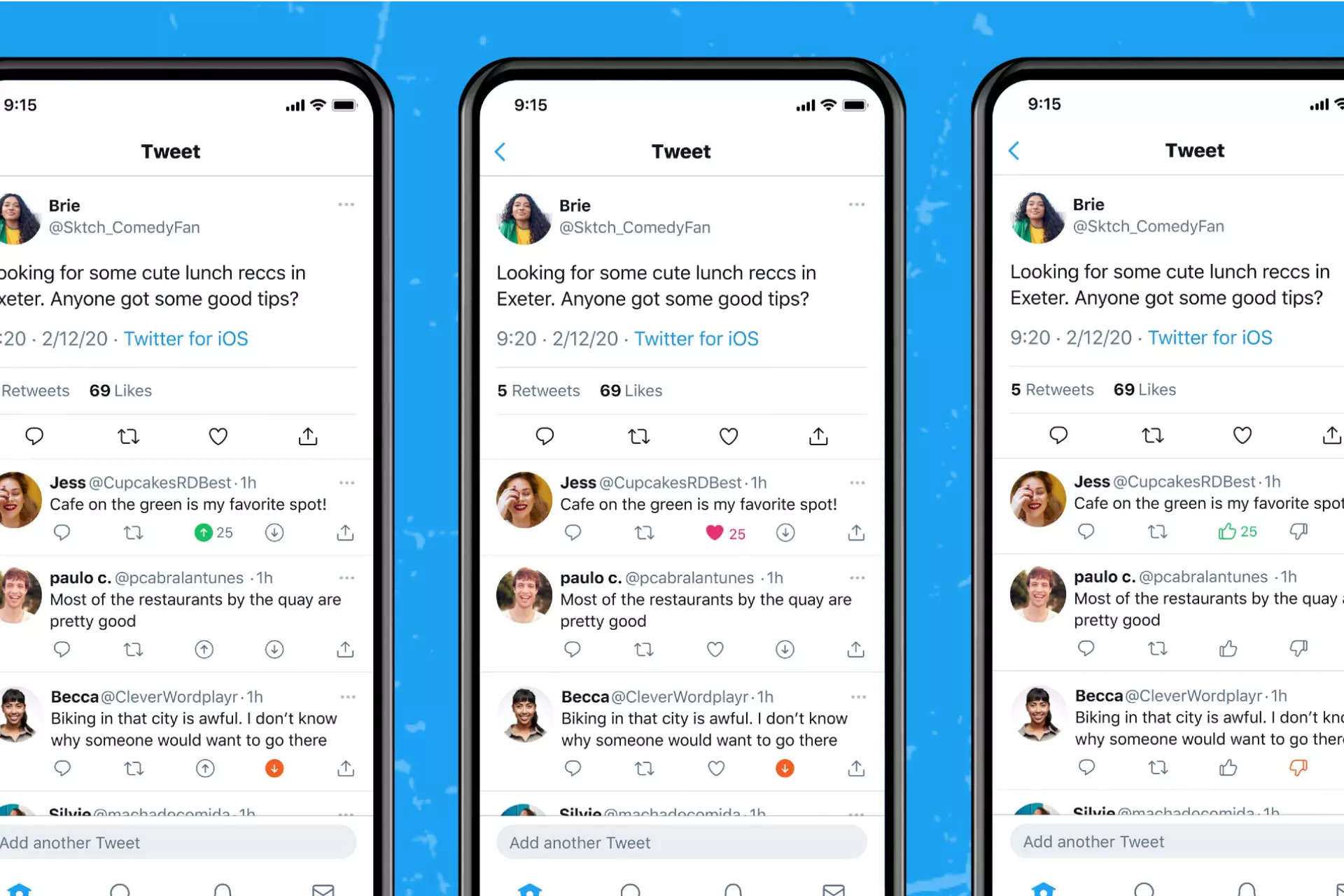 Twitter announced earlier this year in June that it would start
testing “downvoting” on replies. The experiment would let users downvote or upvote on replies but without the knowledge of the author and also the votes remain private. It looks like the downvoting test is getting bigger according to several users on Twitter.

Twitter users have started sharing seeing a downvoting button on replies. There’s a message along with the button that says Twitter is testing downvoting on replies, and that the downvotes aren’t public or visible to the author. It adds that the experiment is for Twitter to “understand what people think is valuable to the conversation.” This feature is also quite similar to Reddit’s upvote and downvote button.

pretty cruel for twitter to give me access to downvoting but not have it enabled on @josh_wingrove’s tweets https://t.co/exkmcgcSsK

I’m not sure how I feel about Twitter testing downvoting for replies. Twitter is one step closer to turning into Re… https://t.co/PdVhkQSuRr

There’s going to be downvoting on Twitter haha https://t.co/2hEcR5Bhdg

Based on multiple tweets, the downvoting button seems to have reached quite a lot of people globally. This is however only one part of the downvoting experiment on Twitter. According to the official announcement made in June, Twitter said iOS users may start seeing different options to up or down votes on replies.

So there are two more parts to this experiment where one scenario lets you vote up or down on a reply with the arrow symbol, and the other with the thumbs up or down symbol. Twitter also confirmed that this isn’t a dislike button and upvoting or downvoting won’t change the order of replies. For now it looks like this upvote or downvote button won’t really have any effect on the conversation. Twitter said the test is only for research purposes so we may not see it rolling out officially.

Twitter has been experimenting with multiple features to help improve conversations on the micro-blogging site. It now lets users remove followers without letting the other person know so you can “soft-block” people if you don’t want to actually block them. Twitter also started testing prompts to let people know if the conversation you’re about to enter is getting heated up.

Twitter now lets you remove followers without letting them know