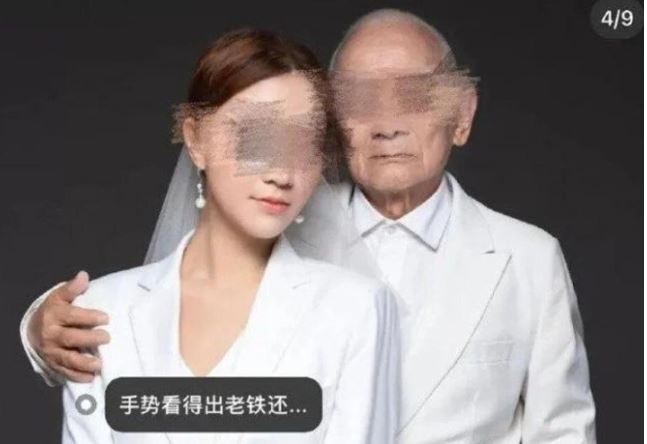 A granddaughter who took a picture together for her grandfather who became alone in China and posted it on social media is suffering from malicious comments called ‘flower snake’.

According to local media such as Hong Kong’s South China Morning Post (SCMP) on the 23rd, a woman in her 30s living in Zhejiang, China posted a ‘wedding’ concept photo taken with her grandfather on her SNS in December 2018.

Mr. A and his grandfather wore white suits reminiscent of wedding robes. Mr. A took this photo after he found out that his grandfather was unable to take wedding photos due to his past financial difficulties. My grandmother died of a chronic disease a few years ago.

Some Chinese netizens began to spread this picture, and on social media, a nonsensical rumor began to spread that “a flower snake in her 20s, who was aiming for a large sum of money, married an elderly businessman in her 70s.”

In response to such false rumors, Mr. A sued the first netizen who spread false rumors and is receiving psychiatric treatment in shock.