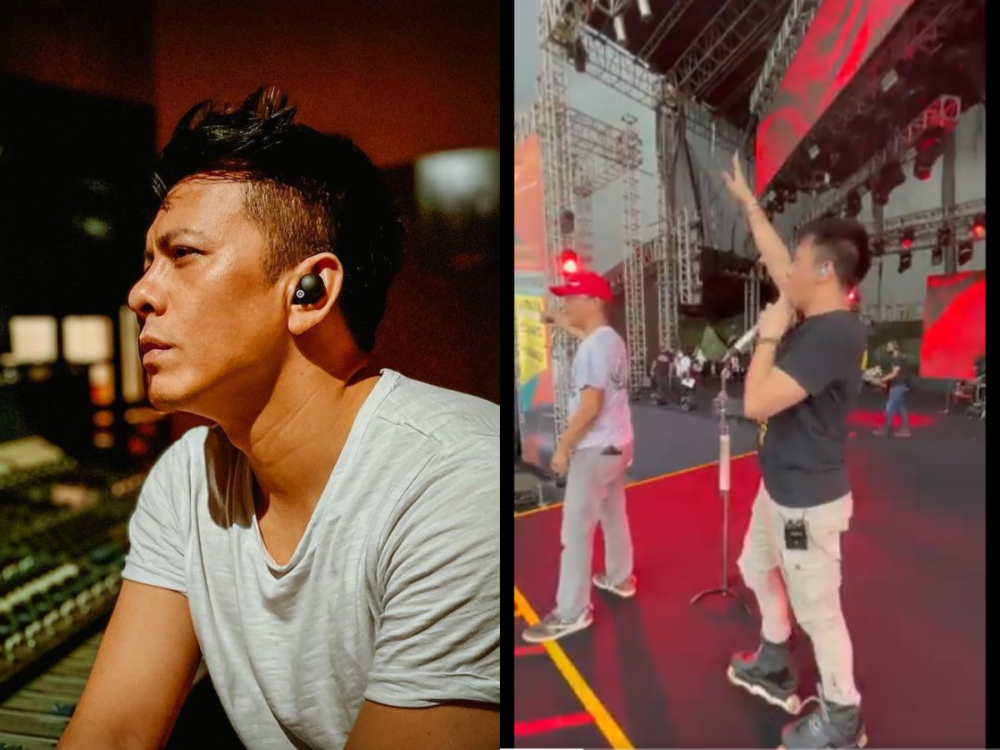 
KUALA LUMPUR, Nov 24 — The frontman of popular rock band Noah, Ariel wowed concertgoers at a drive-in concert in Jakarta when he weaved through attendees in a pair of online skates while performing.

Indonesia’s Kompas reported that the band was performing at the Danamon New Live Experience Volume Two concert at the JIExpo Kemayoran in Central Jakarta last Saturday.

The drive-in concept had fans singing and honking along to their favourite performers while staying in the comfort of their cars.

Noah, who was headlining for the second day of the concert, had an energetic show especially for the hit song, Topeng.

Ariel donned a pair of inline skates and skated down a ramp from the stage to the field of cars in front of him, all while singing.

Fans honked out loud while listening to the performance through a dedicated local radio frequency as Ariel circled around them for the rest of the song.

Ariel admitted that he almost tripped while performing Topeng as he didn’t spot a pothole.

A snippet of Ariel’s skating performance has been been shared across social media platforms, leaving many in awe.

The snippet which uploaded by Twitter user Gunawan Budi Utomo garnered over one million views.

Many commented on how impressed they were with Ariel’s stamina to finish the whole song while skating.

Another replied to the tweet with a photo of Ariel holding a gold medal as the former Peter Pan front man, used to be a professional street hockey player in Surabaya.

“This dude is such a legend to the Indonesian music industry, Kudos!” tweeted Farras W.M.

“A man worth to stan, we stan Ariel Noah,” user Lala tweeted.

Apart from Noah, the three-day concert also has other Indonesian artists gracing the stage such as Bunga Citra Lestari and also singer, Tulus.

The concert was attended by 750 cars with over 3,000 people joining in the fun.