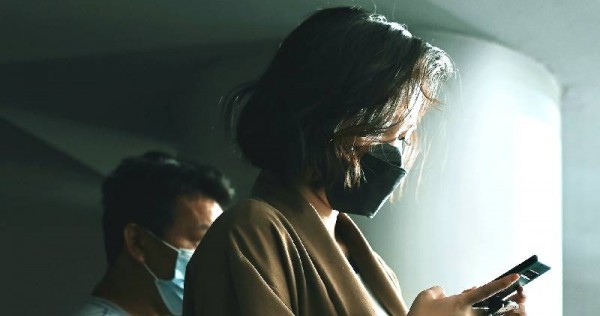 China’s internet users have expressed concerns that the limited space for free speech in the country will be further eroded if a proposed regulation that requires internet platforms to review every social media comment is passed.

The Cyberspace Administration of China (CAC), the country’s internet watchdog, on Friday (June 17) published the draft rules, which direct platforms to hire a content moderation team, “commensurate with the scale of the service”, to review all user comments and filter out “harmful” ones before publishing.

All types of comments – including original posts, replies and real-time comments that appear on top of a video, known as “bullet chats” – fall under the requirements.

Authorities are soliciting public feedback on the proposal until July 1, but it has already fanned concerns that the regulation would add to the cost of operations for Chinese tech companies and further restrict what internet users can post online.

The draft rule is an update to the existing censorship mechanism in online content regulations, and it is likely designed to strengthen the review for comments, although it will not be able to immediately catch all offending comments, according to Vincent Brussee, an analyst at the Berlin-based Mercator Institute for China Studies.

“Comments are an increasingly popular feature, and the regulations – now over five years old – have to keep up with the times,” he said, adding that it is not surprising to see Beijing move to tighten censorship in this area amid intensified efforts to control the internet in recent years.

The draft also proposes for the first time that the person or entity that uploads a post is also responsible for the associated comments made by other users, which has made some influencers more cautious about the content they share.

“I can’t imagine how it would be possible to check every comment on the internet,” said Kelly Wu, a 24-year-old college student in Beijing who is an active user of the bullet chat function on popular video site Bilibili.

The real-time comments make viewers feel as if they are in a chat room with others, creating a more engaging experience and a stronger sense of community, according to Wu, who is worried the new rules would ruin the fun.

“There are already a lot of sensitive words that would trigger censorship on the platform, which means the comments are already being reviewed,” Wu said. “Reviewing every bullet chat comment before it is published means people will not be able to have real-time interactions, which is the whole point of the function.”

No social media operator in China has publicly commented on the proposal. Some of the more popular ones, such as microblogging site Weibo and Tencent Holdings’ multi-purpose app WeChat, are already known to aggressively censor politically sensitive information using keyword-filtering algorithms.

Chen Di, a lecturer at Harbin University of Science and Technology with over 230,000 followers on China’s Quora-like website Zhihu, said he is planning to remove the commenting section from his previous posts due to concerns that there might be potentially questionable comments.

“It’s really hard [for platforms] to figure out what the red lines are, so the censorship will only get stricter,” Chen said. “Users either need to use alternative expressions for sensitive words to dodge censors, or become bystanders on the internet without joining in discussions.”

Some Chinese internet users are organising petitions and trying to push back against some of the proposed rules, even though draft regulations in the country are usually passed without major revisions.

“If the rules are passed, it means that everything we see online would be what’s been hand-picked by moderators, and it would be harder for individuals to make their voices heard,” GitHub user Tony Shizuku said in his repository named “anti-speech control”, calling for people to submit their feedback on CAC’s website during the canvassing period.

As there are currently a lot of negative comments online about the proposal, people should wait and see what the final regulations would look like, said Neysun Mahboubi, a research scholar at the University of Pennsylvania’s Centre for the Study of Contemporary China.

This article was first published in South China Morning Post.