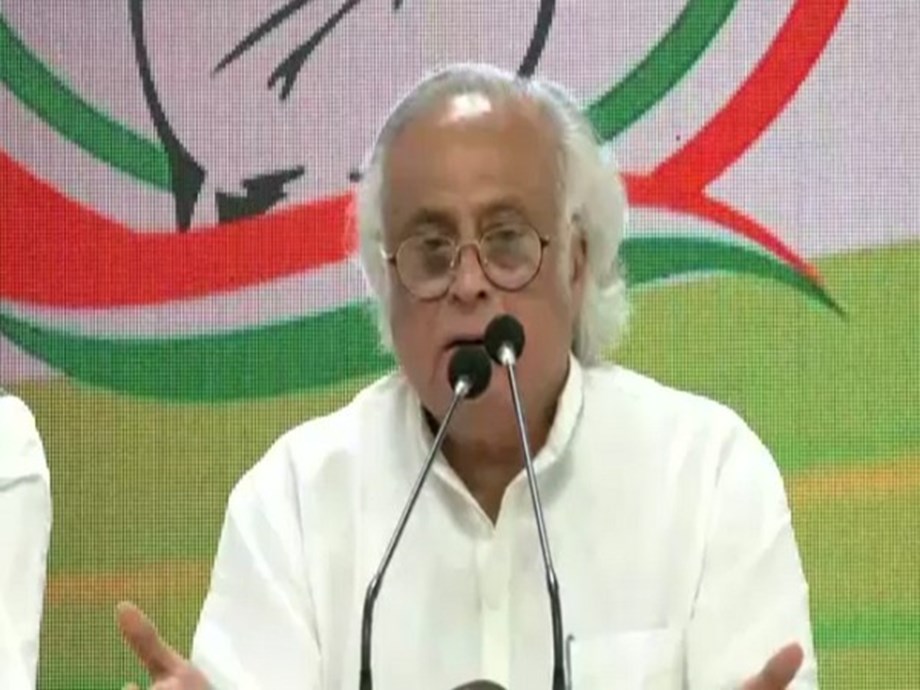 Senior Congress leader Jairam Ramesh on Wednesday said his party stands for unity while the BJP believes in uniformity, and asserted that their Bharat Jodo Yatra is not ”mann ki baat” but aims to highlight people’s concerns.

The Rashtriya Swayamsevak Sangh (RSS) and the BJP do not believe in ”unity in diversity ” of which India is an example, Ramesh said addressing a press conference in Maharashtra’s Nanded district during the Congress’s ongoing foot march.

The Congress’s critics have also been taking part in the yatra as it is the only party which can take on the ruling BJP, he claimed and said the foot march, which began on September 7 from Kanniyakumari (Tamil Nadu), was not a ”chunav jeeto yatra” (for winning election).

”Only time will tell what impact the yatra will have on the electoral fortunes of the Congress, but it has reenergised the party organisation and infused a breathe of fresh air,” he said.

Ramesh also said the Bharat Jodo Yatra is a ”direct conversation” between people and senior Congress leader Rahul Gandhi as the public gets to see the real Rahul Gandhi, who is not like the BJP projects him.

”The Congress stands for unity, while the BJP believes in uniformity,” he said.

”This is a programme of mass contact which we lost because we were in office and are now rediscovering when not in office,” the Congress leader said.

He said Rahul Gandhi, the Lok Sabha member from Wayanad in Kerala, is not allowed to speak in Parliament. ”He (Gandhi) is shouted down when he stands to speak. The Speaker doesn’t give him time. He is a member of the standing committee on defence but is not allowed to ask questions on China,” Ramesh claimed.

The Congress leader further said their yatra is not a ”mann ki baat”, but it is to highlight ”janta ki chinta” (public’s concerns) over the problems faced by the country.

”The country is being broken due to the intentions and policies of Prime Minister Narendra Modi. Economic disparity is growing, resulting in price rise, unemployment. There is social polarisation by the BJP for political and electoral interests,” the Congress leader claimed.

”Political dictatorship” is growing and all powers and authority are concentrated in the PMO (Prime Minister’s Office), he further claimed.

The Goods and Services Tax (GST) and demonetisation have destroyed the economy, he said.

Ramesh said the Bharat Jodo yatra will cover half of its total distance of 3,570 km by Thursday evening.

Maharashtra has given new energy to the yatra and it will cover 24 km on Wednesday instead of 22 km being covered daily, he added.

”The yatra will conclude in January 2023 end or early February. No hurdles can stop the march. There was an attempt to shut down our social media handles but we got a reprieve from the Karnataka High Court,” he said.

A court in Karnataka on Monday ordered blocking of @INCIndia and @BharatJodo Twitter handles in a suit filed by MRT Studios which claimed 45 seconds of its copyrighted music from ‘KGF Chapter 2’ movie was used in a ‘Bharat Jodo’ song by the Congress.

A division bench of the High Court of Karnataka later set aside the lower court order.

Ramesh said the Congress is now setting the agenda and narrative aggressively.

”Earlier we would only react, but now we are one step ahead,” he said.

Nanded is the 27th district covered by the yatra, the Congress leader said.

He said Rahul Gandhi will address a press conference at Shegaon (Buldhana district) at 1 pm on November 17. This will be Gandhi’s sixth media interaction during the yatra while the prime minister, who is in power for eight years, ”hasn’t faced the media even once,” Ramesh claimed.

He said critics, supporters and neutral citizens have been coming on the streets to join the yatra.

”In the BJP and RSS, there are people who believe there is the threat to the country from the Modi government, they too are welcome to join,” he said.

To a question on different ideologies of the Shiv Sena and the Congress, Ramesh said ,”The critics have realised that Congress is the only party which can defeat the BJP. The Shiv Sena also knows that the BJP is a bigger danger and there is a need to save the democracy and the Constitution.” Ramesh said they had formed a common minimum programme to find a middle path between the ideologies of the two parties. The yatra will celebrate the birth anniversary of freedom fighter Birsa Munda with a tribal convention November 15, he added. Senior Congress leader Ashok Chavan said NCP’s Jayant Patil, Supriya Sule and Jitendra Awhad will participate in the yatra on Thursday, while Shiv Sena’s Aaditya Thackeray will join it on November 11.