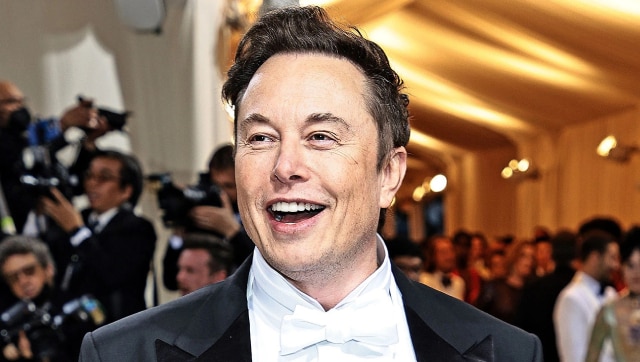 Explained: What is Tribel, the left-leaning Twitter-like app that Elon Musk is rumoured to buy next

Just weeks after buying up Twitter for a record $44 billion, a rumour has started going around that Elon Musk would buy Tribel Social Network as well. For the uninitiated, Tribal, much like Donald Trump’s Truth Social and Kanye West’s Parler, is a social media platform.

A rumour started doing the rounds on Twitter, that Elon Musk was planning to acquire the left-leaning social media app Tribel, after his acrimonious Twitter acquisition. Image Credit: AFP

Musk has surrounded himself with one battle after the other. More than anything else, his main priority with Twitter is to turn a loss-making venture into a profitable one, and quickly. In interest payments alone, Musk will owe his creditors about $1 billion by the end of the first year of his debt to buy Twitter.

So did Musk really offer to buy yet another social media platform, while he is embroiled in several battles after buying Twitter? Has he really made an offer to buy Twitter?

What is Tribel?
Tribel, in its most basic essence, is one of the many social media platforms that spawned from Twitter, like Trump’s Truth Social and Ye’s Parler. The only difference between Tribel and the other two platforms is that the users on Tribel are largely left-leaning and support the Democrats, whereas Trump’s Truth social and West’s Parler, are largely right-leaning and support the Tea Party in the Republican Party.

After Musk acquired Twitter, a significant number of the platform’s regularly active users began to migrate to different social media platforms that would be conducive for left-thinking people. These platforms mainly included Mastadon and Tribel.

Because of the people who are active on the platform Tribel is considered to be diametrically opposite to Truth Social.

Who owns Tribel?
Ever since the platform was set up, there have been rumours among right-leaning camps that the platform is owned by a group of Chinese investors, headed by the CCP. However, officially, Tribel is owned by a bunch of Democratic political activists and is headed by Omar Rivero, and Rafael Rivero, two pro-Democrat activists who own the Occupy Democrats news site.

How did the rumour start?
On November 8, Musk put out a Tweet, saying that Tribal is an awesome platform and that he totally doesn’t own it, yet. Soon after, Musk deleted the Tweet.

BREAKING: Twitter chief Elon Musk shamelessly deletes his tweet calling @TribelSocial “awesome” and implying that he may try to buy it, setting off a wave of speculation. If you’re wondering why Elon wants to buy Tribel, RT and download Tribel’s new app: https://t.co/6m1ZEuny0N pic.twitter.com/VTMfMcEQ5K

Following this, speculations started on whether Musk is planning to buy Tribel, like he bought Twitter. Tribel themselves added fuel to this rumour when Omar Rivero started responding to the now-deleted tweet, saying that his billions had no place in a platform like Tribel.

We’d like to clear up false rumors that Trumpers & Muskers are spreading about @TribelSocial. No, Elon Musk has NOT offered to buy Tribel. No, we are not owned by China. We’re owned by American political activists. No, we don’t “harvest data,” and have no idea what that even is.

The matter blew up exponentially when Tribel’s Twitter handle tweeted out that Trump supporters and Elon Musk’s fans were spreading rumours about how Musk put up an offer to buy the social media platform, which was false.

Will Musk really buy Tribel?
Given Musk’s vision for X.com and the fact that ideally, he would want both, left-leaning and right-leaning people to be a part of Twitter, it is possible that Musk may have had thought of buying Tribel, at least in theory.

However, given the acrimonious manner in which Musk had to complete Twitter’s acquisition and the fact that he has a lot to figure out with Twitter and its revenue model going forward, Musk won’t be taking over another social media platform in a hostile manner anytime soon.