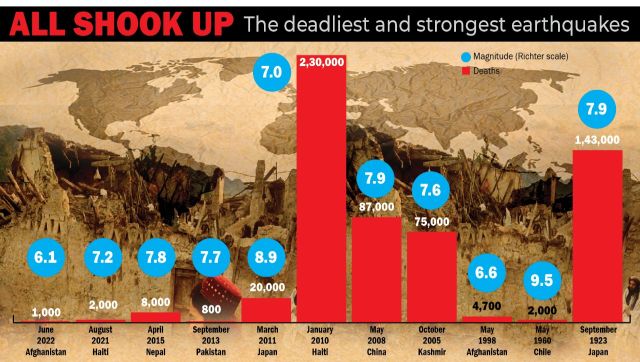 From Nepal to China, the deadliest earthquakes that rocked the world

Nepal woke up with a start on Thursday morning after it was rocked by a 6.3-strong earthquake. The quake, recorded at 2.12 am with its epicentre at the Khaptad National Park in the Doti district, has killed six people and injured five others and also evoked memories of the 2015 earthquake that killed nearly 8,000 people and wounded nearly 22,000 others.

Nepal Prime Minister Sher Bahadur Deuba said that relief and rescue operations have been ordered in the aftermath of the quake. He also expressed grief for those who lost loved ones in the quake.

Tremors from the earthquake were also felt in Delhi and adjoining cities, prompting many to rush out of their houses in the wee hours.

Earthquakes have claimed millions of lives in the last 100 years — let’s take a look at the deadliest ones in history.

Early in the morning of 14 August 2021, a 7.2 magnitude earthquake rocked Haiti, causing hospitals, schools and homes to collapse, claiming hundreds of lives, and leaving communities in crisis.

It was considered the worst disaster to strike Haiti since the 2010 earthquake. After the quake, UNICEF estimated more than half a million children were affected.

Wednesday’s earthquake brought up memories of the 2015 quake — which was the country’s worst since 1934 and also considered among the worst ever natural disasters. A 7.8-magnitude earthquake struck Nepal, flattening 98 per cent of all homes in hillside villages.

More than 8,000 people died, 21,000 others were injured and the mountainous country lost 80 per cent of its temples and historic structures in both Bhaktapur and Kathmandu Durbar Squares.

More than 800 people were killed after a 7.7-magnitude quake flattened entire villages in Pakistan’s remote south-western province of Balochistan, mainly in the district of Awaran.

The earthquake was felt in major cities across Pakistan, including Karachi, Rawalpindi/Islamabad, Larkana, and Lahore. The quake was also felt in Delhi, India, where some buildings shook, and Muscat, Oman — 800 kilometres from the epicenter — where mild tremors shook tables and cabinets.

The 2011 Tōhoku earthquake and tsunami in Japan is considered to be the second worst earthquake of the 21st century, with a magnitude as high as 8.9. Over 19,000 people were reported dead or missing, with another 6,000 left injured.

The tremor generated a massive tsunami along the Japanese coast and triggered the world’s biggest nuclear disaster — Fukushima nuclear power plant — since Chernobyl in 1986. 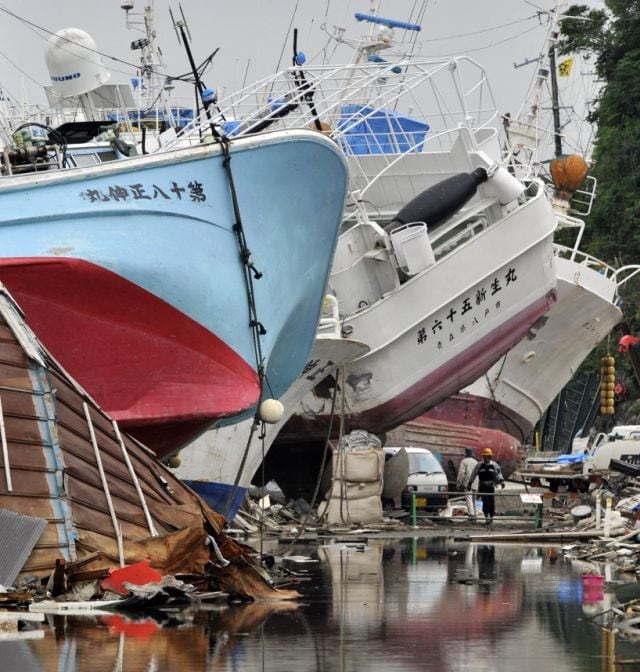 A catastrophic 7.0-strong quake struck around the Haitian capital Port-au-Prince on 12 January 2010, killing 2,30,000 people and causing untold damage and destruction. The quake was so powerful that neighbouring countries such as Cuba and Venezuela also felt the tremors.

It is still one of the top most devastating natural disasters ever recorded in the world. Hundreds of thousands of people were displaced in Haiti as a result.

Over 87,000 people died in China’s deadly 2008 earthquake, and an estimated 10 million were left homeless. The 7.9-magnitude disaster struck the mountainous Sichuan Province in western China, destroying millions of buildings and causing an estimated $86 billion worth of damage.

Nearly 10,000 children died in schools — trapped under rubble when the buildings collapsed — leading to public outcry and a government investigation that found that as many as 20 per cent of primary schools may have been shoddily constructed and unsafe.

On 8 October 2005, an earthquake measuring 7.6 on the Richter scale, the quake killed 75,000 and left millions more homeless. The remote, mountainous terrain compounded problems for rescue and recovery efforts, as crews struggled to reach the injured. 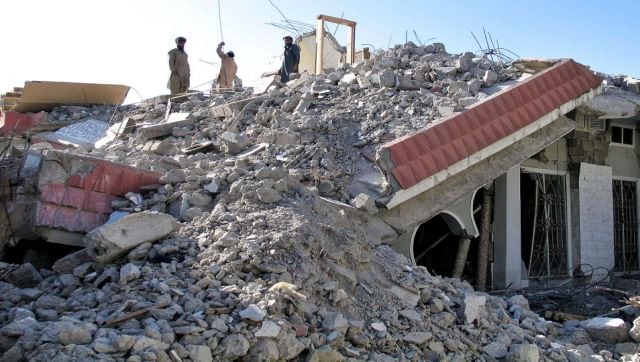 File image of Kashmiri labourers working on a collapsed house in the October 2005 earthquake. AFP

There were two earthquakes that struck the Hindu Kush region in Afghanistan in this year, just a few months apart. The first quake in February in the province of Takhar killed around 2,300 people (some estimate the casualties at 4,000). The second quake of 6.6 magnitude struck the same region in May, killing around 4,700 people.

Chile holds the record of having the strongest-ever quake, with a reading of 9.5 on the Richter scale. A tsunami of 30 feet eliminated entire villages. Death toll reports varied widely, but many settled on the 2,000 mark.

On a pleasant afternoon on 1 September 1 1923, an earthquake measuring 7.9 on the Richter scale sent shockwaves through the Tokyo-Yokohama metropolitan area. The violent tremors left few buildings habitable and prompted a tsunami that surged up to 40 feet high.

The earthquake was followed by fires and tornados. At the end of all the destruction, officials put the death count at 1,43,000. Officials also said that 90 per cent of Yokohama’s buildings were reportedly damaged or in ruins and some two-fifths of Tokyo’s had been destroyed.