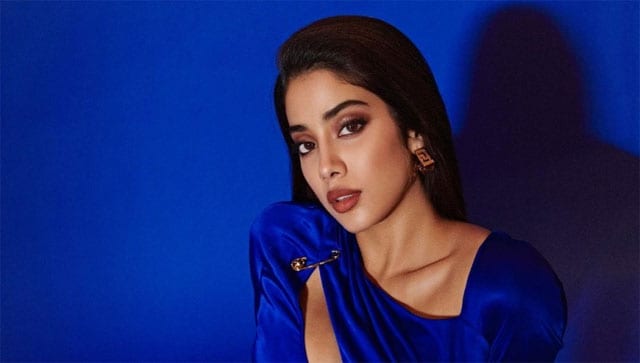 Nepo kids born with a silver spoon, by all means, must work doubly hard to prove they are worthy of all the privileges and the head-start they got in life. But what happens when these privileged and entitled kids instead of acknowledging their privilege, go on a tirade trying to prove that they had to run from pillar to post to put food on their table when that clearly isn’t the case? Case in point: Janhvi Kapoor whose latest film Mili got mostly favourable reviews as compared to other two releases last week. In an interview to a publication, Janhvi said, “I don’t want to take it [social media] so seriously. My social media is for me to have fun. Hopefully if I look cute and five extra people like my pictures, I’ll get another brand and I’ll be able to pay for my EMIs with more ease than I was before”. As per a report on MensXp, Janhvi Kapoor’s estimated worth based on her acting fees, brand endorsements and property owned (which includes a fleet of luxury cars and a plush Mumbai house) is a whopping Rs 66 crores.

What EMIs are you talking about, Janhvi? More importantly – why are you and your generation of actors like Ananya Panday who traveled in a Mumbai local with Vijay Devarakonda to promote Liger and Sara Ali Khan who admitted on Koffee With Karan that she is a ‘cheapskate’ – so tone-deaf? Are you not aware that you live in a third-world country where most Indians cannot afford two square meals a day? Do you know most Indians don’t even have enough annual income to pay income tax?

Janhvi – it is one thing to be entitled but to be ignorant and misinformed about the socio-economic status of the country you live in and profit from – is very, very problematic. Why do Bollywood stars think they have to pretend to be ‘poor’ (looking at you, Janhvi) and pretend to be a cheapskate (looking at you, Sara) to appear down to earth and relatable? One can be financially privileged and still be down to earth – there is no dearth of examples that prove it. Poverty is not a fad or an Instagram trend that you can hop on to. The fact that the management of some of these celebs (presumably) think that this is a good PR strategy is, well, problematic and sad at the same time.

Of course, we can’t really blame Sara, Janhvi and Ananya – the younger lot of actresses are only learning from the stars who came before them and learnt to play the poverty card well. Exhibit A: Ranveer Singh, who, in an interview with a travel magazine in 2018 shared that he wasn’t ‘rich’ but managed to go to the US for holidays. ”We didn’t have a lot of money when I was growing up. So, my parents would save up for that one big summer holiday abroad; I remember going to Indonesia, Singapore, Italy, but most often it was the US – we had a lot of family there. And December was always Goa with my grandparents,” said the actor. Wish there was a way to tell Ranveer that for most families in India, even domestic travel is a luxury.

Exhibit B: Parineeti Chopra, who, in 2017 shared that she had to cycle her way to school as her dad did not have access to a car. Shortly after her comments, the actress was criticised by someone who claimed to be her schoolmate and said that her story was fabricated as he clearly remembers Parineeti’s father dropping her to school in a car. The actress issued a statement shortly after claiming that her comments were ‘misconstrued’.

Exhibit C: Karisma Kapoor, who in 2019, said “Despite being from an illustrious family, she [Babita Kapoor, her mother] made us live a simple life. My sister & I travelled by school bus & went to college by local trains. My mom taught me how to stick to my roots & still be confident enough. She knew about my passion for acting & about my hesitation”. Karisma received backlash for the statement because, well, many kids in India cannot afford to go to school let alone paying for a school bus.

The examples are endless. So is the stupidity and downright insensitivity that some of our Bollywood stars have shown with these comments. In an age when everyone wishes to be authentic and true to themselves, why do Bollywood stars pretend to be something they are not? A better way, perhaps, would be to own their privilege, acknowledge it and use it to bring a positive change in the world. Dismissing it and fabricating sob stories which aren’t even sob stories to begin with is not the nicest thing to do.

Bollywood stars must also understand that by engaging in aesthetic poverty and pretending to pay EMIs, they are downplaying the struggles of the poor and the marginalized.

Bottomline: my misery is not your aesthetic.

Deepansh Duggal is an entertainment, pop-culture and trends writer based in New Delhi. He specializes in op-eds based on the socio-political and gender issues in the world of entertainment and showbiz. He also writes explainers and occasionally reviews shows in the OTT space. He tweets at @Deepansh75.