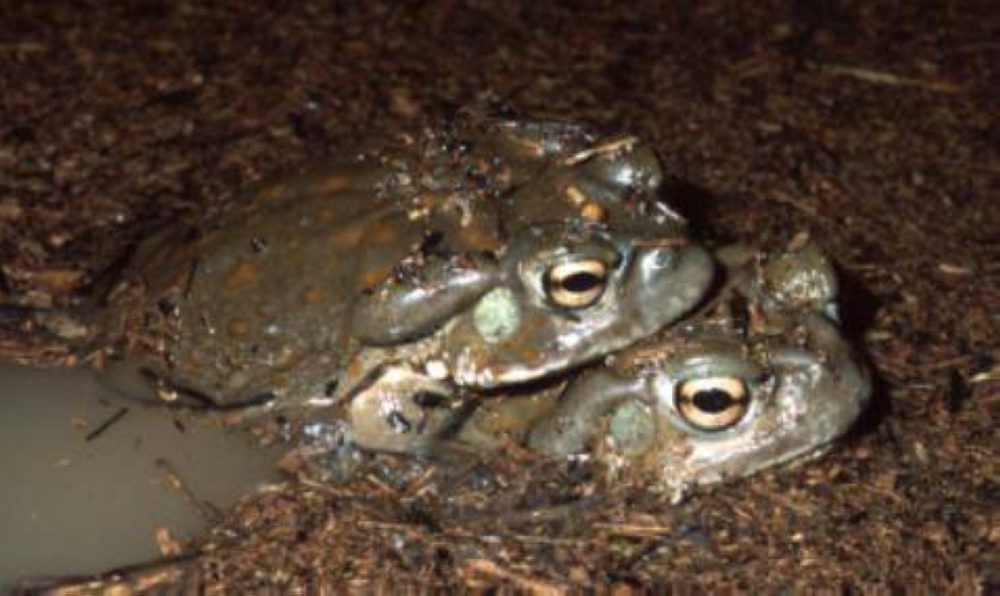 LOS ANGELES: US park officials have asked visitors to stop licking psychedelic toads, warning that anyone seeking a hallucinogenic high from the wart-covered amphibians is more likely to end up seriously ill.

“As we say with most things you come across in a national park, whether it be a banana slug, unfamiliar mushroom, or a large toad with glowing eyes in the dead of night, please refrain from licking,” said park officials.

The toads — among the largest in North America, at nearly seven inches (18 centimeters) long — secrete a potent toxin from their glands which “can make you sick if you handle the frog or get the poison in your mouth,” they wrote.

The messages did not indicate how many people have been seeking recreational highs by licking the slimy green creatures, also called Colorado River toads, which live in the southwestern United States and northwest Mexico.

To defend themselves from predators, the toads secrete a milky substance containing various toxins, among which is 5-MeO-DMT — a psychoactive compound that triggers hallucinogenic effects.

Smoking extracted 5-MeO-DMT induces a powerful, short psychedelic experience, and has become popular in recent years, including at expensive underground “toad ceremonies” in the US, where it is a controlled substance, and in Mexico.

Celebrities such as boxing champion Mike Tyson and podcaster Joe Rogan have discussed the use of the substance for therapeutic, recreational, and even spiritual purposes.

But the toad’s venom also contains other toxic substances which can be fatal when ingested.

Scientists have also warned that the growing demand for Sonoran Desert toads’ secretions could endanger the species.