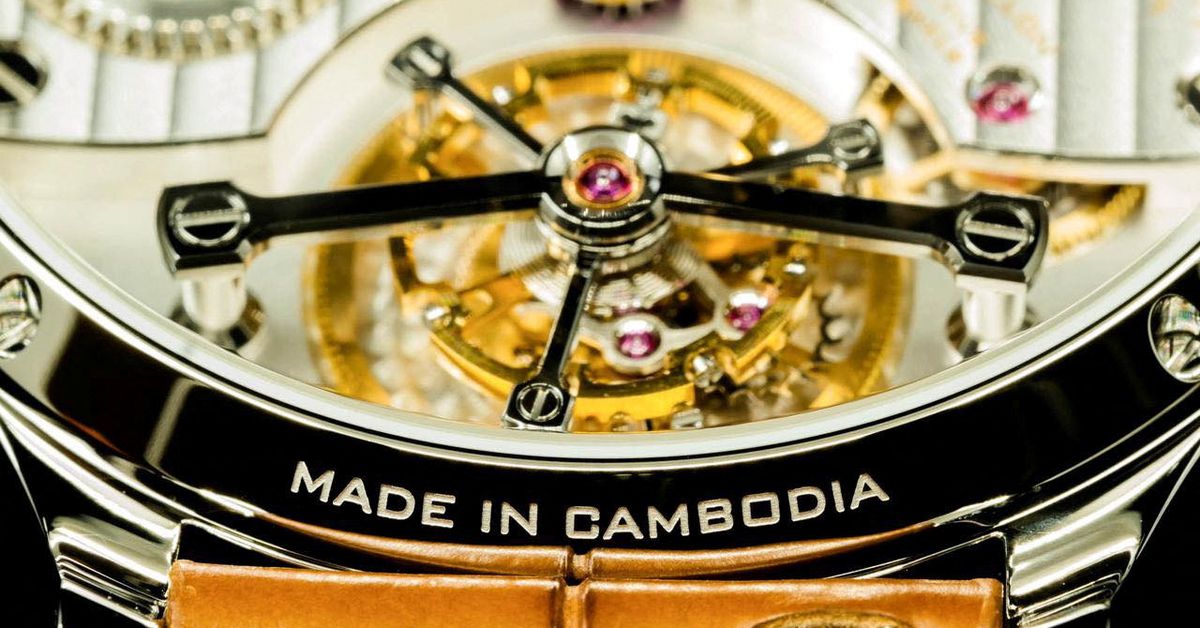 Cambodian PM to give luxury watches as ASEAN summit souvenirs

PHNOM PENH, Nov 10 (Reuters) – Cambodian Prime Minister Hun Sen, an aficionado of luxury watches, will hand out intricate, locally made timepieces as souvenirs for world leaders at an international summit he is hosting this week.

Hun Sen, who has ruled Cambodia for 37 years, has faced public scrutiny in recent years after being photographed wearing luxury watches, including by Patek Philippe and Richard Mille, that cost more than $1 million each, while much of the country struggles with poverty.

Photos shared by Hun Sen on his official Facebook page showed a close-up of the limited edition watch face with gold hands, a transparent case and a brown leather strap, emblazoned with the words “ASEAN Cambodia 2022” and “Made in Cambodia”.

“These watches have been prepared and assembled by pure Cambodian technicians, which is part of scientific and technology and developments of Cambodia,” Hun Sen wrote of the 25 limited-edition watches.

U.S. President Joe Biden is among the global leaders attending the Association of Southeast Asian Nations (ASEAN) summit in the capital Phnom Penh.

A video showed the elaborate inner gears of the watch, engraved with “tourbillon” and “twenty-five (25) jewels” and the name of the Cambodian watchmaker, Prince Horology.

The cost of the Cambodian-made timepieces has not been made public.

One expert said photos and videos of the ASEAN watch appeared to show the sophisticated tourbillon mechanism, which requires a high level of craftsmanship and can carry a six-figure price tag, though he declined to speculate on the value of the Cambodian-made version.

“The mechanism is not vital to accurate timekeeping, but it is marketed as a complicated feature and (part of) a luxury timepiece,” said Jeremiah Chan, an editor at Singapore-based Revolution magazine, which specialises in high-end watches.

The prime minister’s office did not respond to requests for further information on the watches, and Prince Horology – part of the Prince Group owned by Chinese-Cambodian tycoon Chen Zhi – could not be reached for comment.

While some Cambodians criticised the extravagance of the high-end gift, others praised Hun Sen for promoting the country’s fledgling watchmaking ambitions.

“It truly represents our country,” said businessman Ramaneth Heur. “These gifts … show that Khmers can do it and enter the world stage.”

Sok Eysan, a spokesperson for Hun Sen’s ruling Cambodian People’s Party, said there was “nothing political or strange” about the watches.

“It is the kindness of the host country to give them as souvenirs to leaders,” he said via telephone.

ASEAN goodie bags have in the past featured signature handicrafts from the host country, including a silver “lei” or miniature garland of flowers from Thailand in 2019.