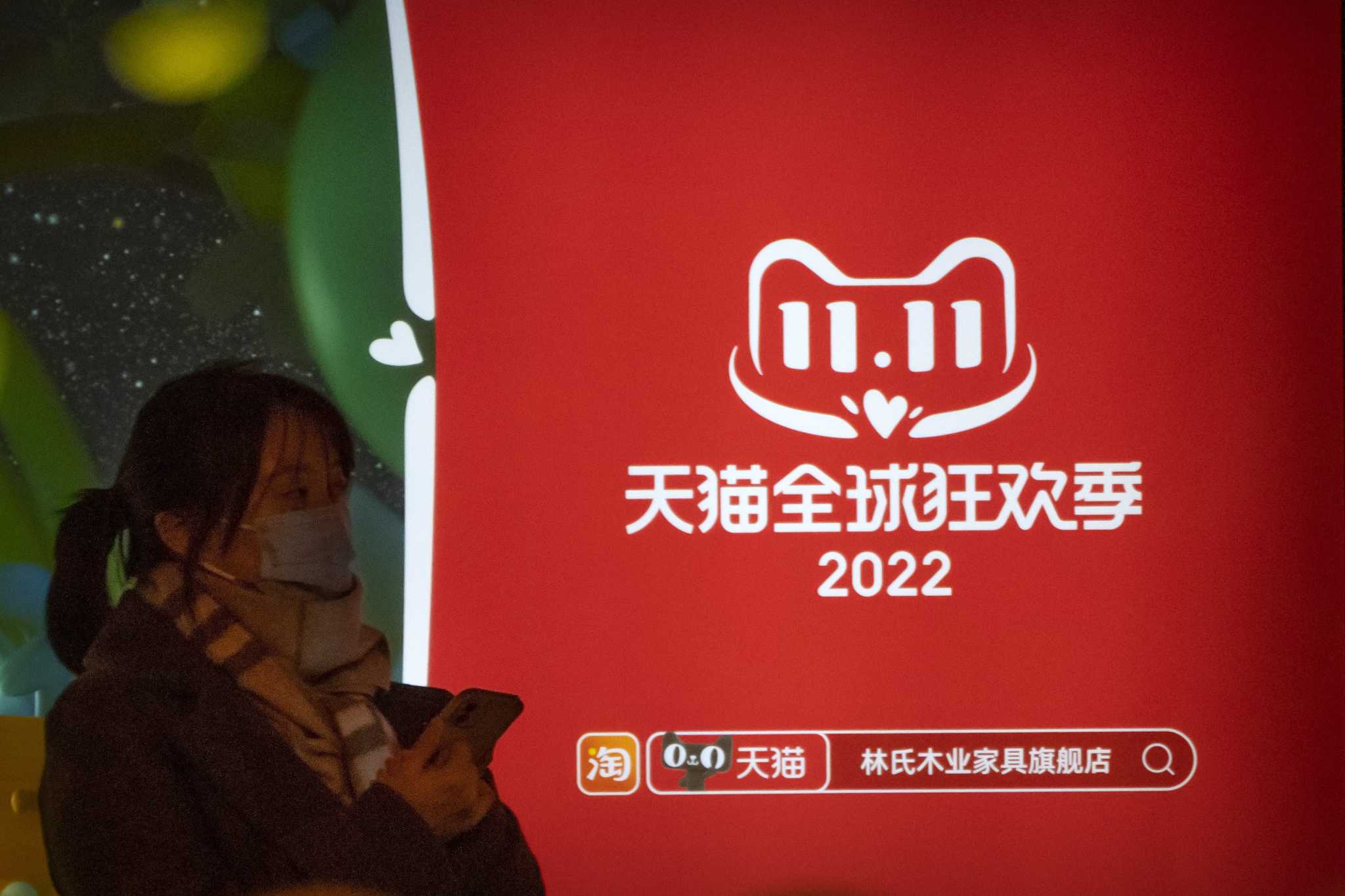 HONG KONG (AP) — China’s biggest online shopping festival, known as Singles’ Day, is typically an extravagant affair as Chinese e-commerce firms like Alibaba and JD.com ramp up marketing campaigns and engage top livestreamers to hawk everything from lipstick to furniture as they race to break sales records of previous years.

This year, however, the shopping festival is a much quieter event, with sales numbers expected to grow more slowly as consumers tighten their wallets amid an uncertain economy and the ongoing impact of COVID-19.

Singles’ Day — also known as Double 11 as it falls on Nov. 11 annually — is typically closely watched as a barometer of consumption in China, as consumers collectively spend billions on online shopping platforms and merchants offer attractive discounts and promotions.

Following a government-led crackdown on China’s technology industry last year, coupled with an economic slowdown and COVID-19 outbreaks, e-commerce companies have shifted their focus this year away from massive sales growth and high-profile marketing campaigns.

A Bain & Co. report on Singles’ Day this year found that 34% of consumers planned to spend less this year compared to 2021. Only 24% indicated that they would spend more.

“The epidemic has been impacting us for three years, so everyone has become more rational (in spending),” said Liu Hui, a consumer who works in the internet industry. “Unlike before, we are more worried about our future income, so we have to be more cautious.”

Some shoppers, like consultant Anna Zhao, plan to stock up on necessities such as toiletries and health products at a discount.

“This year I feel kind of worried when spending money, but what I have bought are things I need and that would be used for quite a long time,” said Zhao, adding that she purchased some makeup and skincare items for herself as well as supplements as gifts for loved ones.

Alibaba, China’s biggest e-commerce player which runs the Taobao and Tmall online shopping platforms, is also contending with rivals such as JD.com and Pinduoduo, as well as e-commerce offerings from short-video platforms like Douyin, as consumers spread out their purchases across platforms, the report found.

Notably missing from Alibaba’s online festival this year is China’s top e-commerce livestreamer Viya, who sold over $1 billion in products during a livestream marathon last year.

Viya, whose real name is Huang Wei, vanished online after she was fined $210 million for tax evasion late last year.

Another top livestreamer, Li Jiaqi, was also not prominently featured in Alibaba’s marketing campaign this year after he was caught in a scandal when a cake shaped like a tank was featured on one of his livestreams on the eve of June 4, the anniversary of the 1989 Tiananmen Square massacre in Beijing.

The scandals around these online celebrities have prompted some brands to shift away from partnering with them.

This has led to a rising trend in using virtual influencers — hyperrealistic, computer-generated characters — to attract consumers.

“It’s really risk control, as in the past few years a lot of celebrities have been caught in some scandals,” Wang said, adding that digital influencers allow brands to avoid reputation risks while bringing a sense of novelty to consumers.

One such virtual influencer is Ayayi, a female digital idol who has amassed over a million followers on social media platforms and is featured in a marketing campaign this year by Chinese electronics brand Hai’er for Singles’ Day.

Some brands have also begun hosting in-house livestreams, according to Jacob Cooke, CEO of WPIC, a marketing firm that helps Western companies sell online in China.

More merchants have simplified promotions this year, offering price discounts instead of complicated coupon systems that were used in previous years, said Cooke, who added that some consumers are still eager to spend during the festival amid pent-up demand from not being able to travel overseas.

China is one of the few countries globally that still has strict entry restrictions, as it adheres to its “zero-COVID” strategy that has seen authorities lock down cities and test millions for the virus, adversely impacting both inbound and outbound tourism in China.

Amid COVID-19 outbreaks, festivities surrounding the Singles’ Day online shopping festival have also been toned down.

For the first time in eight years, Alibaba did not hold a massive gala the night before Nov. 11. Previous galas featured superstars such as Taylor Swift, Mariah Carey and even Cirque du Soleil, and typically included a countdown to the start of the Double 11 shopping day.

The lack of festivities has not gone unnoticed by consumers.

“The gala used to feature top stars like Kobe (Bryant), (David) Beckham … but in just a few years it’s gone from its heyday to total silence,” said a Chinese user on Weibo. “It’s certain that the best era has now passed.”