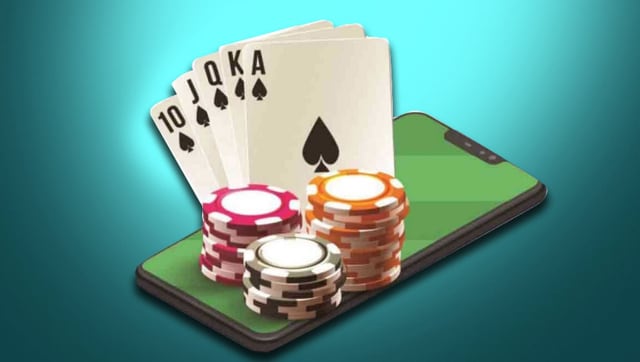 This article is a part of a larger series on Online Gaming in India. The previous article deals with the dark side of online gaming in India, and how, if unregulated these games can potentially ruin families and even lives. Click the link to read the article.

The third decade of the twenty-first century was marked by a big-bang moment in the Indian gaming industry. Coronavirus ravaged economies and forced us to remain indoors for a prolonged period. All of a sudden, modes of recreation became so limited, that people turned to online gaming big time.

This snowballed the segment’s expansion and set the hitherto niche community rolling on a growth trajectory, which will surely not lose steam for the next five years. India finally recognised online gaming as a legitimate form of entertainment and welcomed a culture centered purely around gaming. As developers release new games with fantastic experiences and more immersive gameplay, we are looking at a market anticipated to more than double in size from Rs. 136 billion in 2021 to Rs. 290 billion in 2025. Little wonder that the number of online players is slated to increase at this rate year over year.

There are a host of reasons for online gaming to become one of the biggest and most lucrative industries worldwide today. A spike in digitization, aided by the expansion of digital infrastructure has caught the fancy of the robust, young audience with better disposable incomes and access to less expensive smartphones and Internet data. Encouraged, game developers are expanding their categories. Crystal-gazing at the future of the industry, here are some of the other developments that will soon go mainstream and aid the growth of online gaming:

Rise of Cloud Gaming
The advent of improved cross-platform gameplay and the rising popularity of cloud gaming are two factors that are anticipated to fuel market expansion. Social media is the next big destination for cloud-based games. A sizable portion of the world’s population engages in gaming on social networking sites like Instagram, Facebook, and Reddit. Additionally, it offers increased speed, enhanced user insights, and scalability, making it easier to restructure content on several smart devices and improve content delivery across all media.

Wide acceptance of casual gaming and local Indian games
Localization of games, the involvement of foreign creators, and respect for regional dialects in game development all contribute to the gaming business’s organic growth. Who, in their wildest dreams, could have imagined playing Kho-Kho online? But it is happening today. There is a gradual increase among “mid-core” players, who are less likely to put as much time, effort, and money into gaming as “hardcore gamers,” even though casual gamers—those who play for enjoyment without displaying any desire to compete—predominate the Indian market.

Early access to gaming
An essential factor that aids in testing the waters, particularly from the perspective of the game creator, is early access game releases. They allow for open beta testing, which gives creators insightful input from Early Access users before the game’s official release. This saves the studio time and money from having to repair significant faults after the release. An avid gamer will instantly recall the embarrassment a game-developing brand faced from its target audience in 2020 when the much-anticipated game featuring a fictionalized avatar of a Hollywood superstar, fell flat with obvious glitches in gameplay. It’s always wise to avoid such scenarios, which is why early access releases are required. They also foster a sense of ownership and assist in converting one-time purchases into devoted patrons.

The 5G booster shot
Cloud gaming companies are anticipated to take advantage of mobile accessibility and quick 5G connections with the rollout of 5G services in numerous nations to provide smartphone users with AAA-quality gaming. In addition, gamers can stream XR games smoothly, thanks to 5G’s increased bandwidths and decreased latency. The increasing number of mobile network operators and cloud games from game producers will also fuel global market growth.

Evolution of Technology
While other industries are hung up comprehending Web 3.0 and Metaverse, the gaming sector has gone far ahead with high-definition displays, cutting-edge graphics, facial identification, voice recognition, or techniques using gesture control. Overall, augmented reality (AR) and virtual reality (VR) go above and beyond to create captivating experiences in both real and virtual environments. Since many cryptocurrency investors have their own assets, gamers can also anticipate NFT profit prospects. NFT games can take advantage of this chance and assist in creating new revenue sources.

An all-inclusive diverse sector
At its heart, the gaming industry encompasses all facets of society, regardless of gender, location, or skill sets. Games are gradually beginning to represent this increased diversity by adding the female factor, with women making up roughly half of the gaming business. By 2028, it is anticipated that the enthusiastic gaming market, which comprises members of the thriving gaming community who rely on YouTube for news and reviews, will have increased to more than $17,693.0 million. Among the nations with the largest contributions to the global gaming sector are Japan, China, and India. The gaming industry in these nations is developing due to the quick advancement of technology and numerous important game businesses, including Konami, Sony, and Nintendo, which have long been household brands.

Surviving the Regulations
The emergence of internet gaming has put its operators in the nightmare predicament of abiding by drastically disparate national rules. A specific game could be legal in one state but illegal in another. Therefore, it is necessary to update the legal system for the gaming sector across the board, with particular emphasis on online gaming.

Building trust through transparency
An honest, transparent business model must be fundamental in intangible product or service industries such as gaming. The developers must prioritise human connection consistently. Through authentic communication, a brand can guide its users with the correct solutions and treat them with utmost respect and attention. Once they do that, they will not have to give extra efforts to win an already trustful user, who might spread goodwill about the brand out of their own volition.

Promoting responsible gaming
Any business is directly accountable for what it does, and it has a responsibility to make sure everyone understands and abides by the rules of responsible gaming. Any gaming platform, including ours, must make sure that its software products are integrated into a comprehensive management system that offers a secure and ethical gaming environment that protects against cyber fraud and breach of any form of user privacy.

Positive signs
If Indian online gaming were to be visualised as one of several cars on a racetrack, we are hitting the accelerators with nitro boosters on! Around $2.9 billion has been raised to support 76 online gaming firms between 2014 and 2022 (Q1). Online gaming funding surpassed a record $1.7 billion in 2021! It’s $383 million more than it was in 2020. We anticipate that soon, investors will be even more interested in the iGaming industry. Friends are recommending relatives to join in and the user base of online gaming is eventually developing into a self-reliant ecosystem.

The author is the CEO of PlayerzPot, one of India’s leading online gaming platforms, which includes games like online rummy and online fantasy leagues.

This article is a part of a larger series on Online Gaming in India. Click here to read the other articles that are a part of this series.