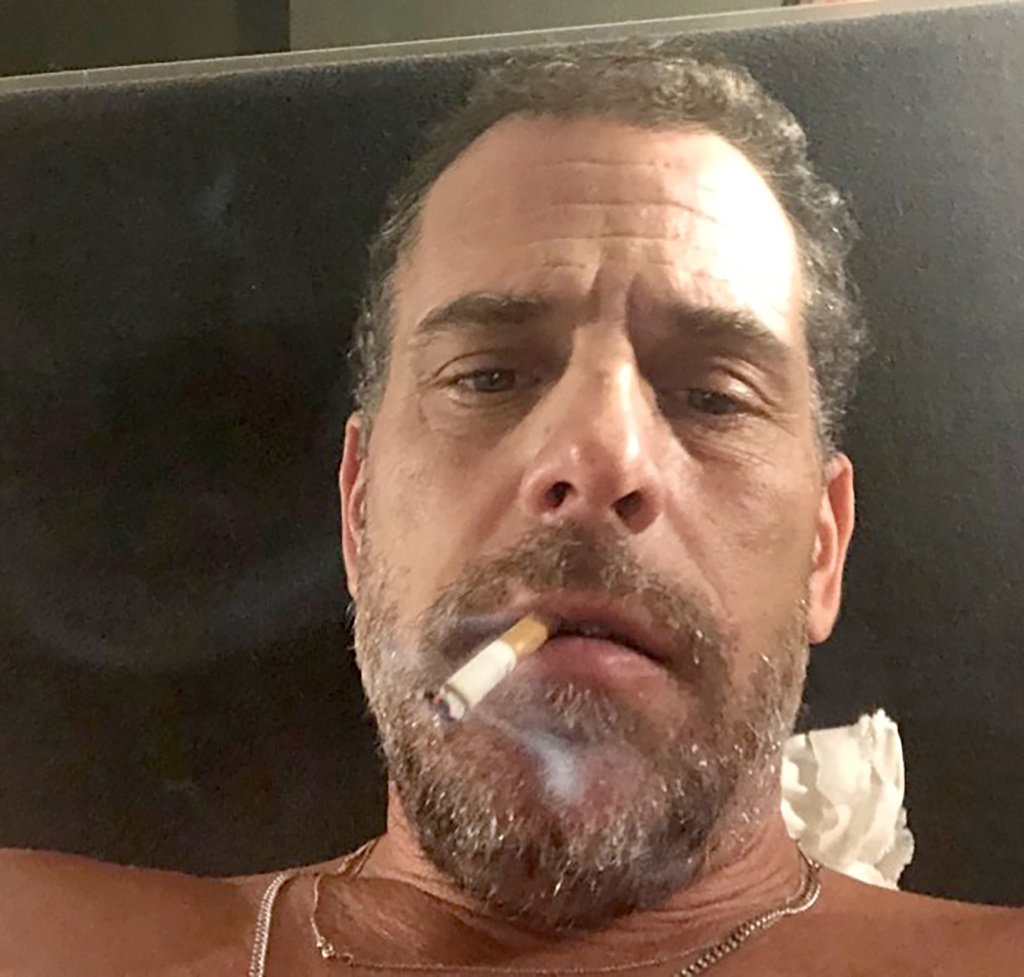 The naked truth on the Hunter Biden laptop coverup

We can thank Watergate and the fall of Richard Nixon for numerous words and quotes that continue to shape public understanding of political scandals. There’s “hush money” and “Deep Throat,” a “modified limited hangout” and “follow the money.”

But half-a-century later, two other Watergate phrases are key to comprehending the FBI’s sordid role in suppressing The Post’s initial coverage of Hunter Biden’s laptop.

The first is, “What did the president know and when did he know it?”

In a 1973 Watergate hearing, the question about the president’s knowledge was asked by Sen. Howard Baker to White House counsel John Dean. Essentially, it was whether Nixon knew about the plan to break in to the Democratic Party’s offices, the so-called “third-rate burglary.”

At first blush, the question would seem to have no relevance to the FBI’s use of Twitter and other social media platforms to censor reports on Biden family corruption. After all, the president in the fall of 2020 was Donald Trump.

But that’s exactly the point and a key element that makes the evolving scandal so distinct. It shows the FBI, the nation’s premier law enforcement agency, secretly working to defeat the sitting president of the United States and elect Joe Biden.

Recall that, under former Director James Comey’s band of dirty cops, the agency had done something similar in 2016. Then it spied on the Trump campaign and many top FBI leaders actively worked to flip the election to Hillary Clinton.

So, unlike Nixon during Watergate, Trump not only didn’t know about the “dirty tricks,” he was the victim of them. Numerous reports show that enough Biden voters said they would have voted for Trump to change the outcome had they known Biden was “the big guy” slated to get a secret 10% cut of his son’s China payoff.

The second Watergate phrase that commands our attention now is “The coverup is worse than the crime.”

That’s because we are on the cusp of the coverup phase of what the FBI, and perhaps the CIA and others, did to influence the outcome of the 2020 election. Predictable denials of “nothing to see here” come despite clear proof agents interfered with the First Amendment rights of the American public, and not just on Twitter.

Facebook CEO Mark Zuckerberg said agents warned him about “Russian disinformation” before the election. Those warnings came in weekly meetings FBI agents had in San Francisco with the Big Tech firms and some reportedly mentioned Hunter Biden. It remains an open question to what extent free speech was infringed on by government minders across the media ­landscape.

Thanks to Elon Musk’s opening of Twitter’s files, we know the FBI had scores of agents monitoring that site’s users and directing compliant employees to ban certain tweets or restrict their reach. Agents also demanded the names and other personal information Twitter had on those users, so additional surveillance, possibly without court orders, likely followed.

The Post report that at least 12 former agents were on the Twitter payroll, including former FBI general counsel James Baker, depicts a too-cozy relationship that turned Twitter into what one independent journalist calls a “subsidiary” of the bureau.

Other reports say numerous former agents held jobs at other social media firms, suggesting a sinister revolving door that made the firms cat’s-paws for government snooping.

Another event in the 2020 election that is still shrouded involves the infamous letter signed by 51 former intelligence officers saying The Post report “had all the earmarks of Russian disinformation.” Naturally, the odious John Brennan, head of the CIA when Biden was vice president, had a hand in the scam.

It’s certainly no coincidence the letter, which allowed Biden to accuse Trump of using false information at a debate, reflects the same talking points the FBI had made to Twitter. It specifically urged company officials to beware of Russian disinformation about Hunter Biden, especially “hacked” materials.

One of those warnings apparently came just hours before The Post’s first story on the laptop, and may have involved communication between agents and Hunter Biden’s lawyer.

Nor is it a coincidence that, while it was issuing such warnings, the FBI had in its hand for 10 months Hunter’s actual computer that contained all the incriminating information about Joe Biden.

Therefore, one possibility that must be considered is that the FBI knew The Post report was accurate, and set out to make it toxic by specifically warning that anything involving the president’s son would be disinformation and should be suppressed, which is exactly what Twitter and Facebook did.

Of course, there are also major differences between the current scandal and Watergate, some of which suggest the fight for the truth this time will be a harder one, with no guaranteed results.

Topping the list is the hyper-partisanship gripping Washington. Howard Baker was a respected Republican senator from Tennessee when he asked John Dean about the break-in, and Nixon had offered to nominate him to the Supreme Court in 1971.

Yet, despite his closeness to the president, his work on the Watergate hearings was above reproach.

Now try to imagine a single top Senate Democrat today who could play such a a key role in investigating the FBI’s effort to help Biden win in 2020. Sadly, the species is extinct.

Similarly, the trusted media that drove the Watergate process to its rightful conclusion no longer exists in Washington. The virtual coverage blackout on Musk’s Twitter Files release is the latest in a long line of evidence that today’s largest newspapers and TV outlets are in the tank for Democrats.

So what if the FBI violated the First Amendment rights of ordinary Americans? So what if the bureau was part of a conspiracy with intelligence officials to label the Biden laptop disinformation when it knew otherwise?

Generations of fair journalists, seeing themselves as patriots first, would have grabbed this huge, complicated story with both hands. Today, the evidence of FBI interference in an election is met with a media shrug because a shared objective was achieved: removing Trump.

Finally, consider this possibility. Because it has had the laptop and who knows what other sources and information, the FBI has known all along that Joe Biden is a corrupt president who is compromised in his dealings with China and America’s other adversaries.

If true, there are two implications.

We have in Biden, as John Dean famously said about Nixon, “a cancer on the presidency.”

We also have an FBI that has returned to the ethos of J. Edgar Hoover. He kept his job for nearly five decades by keeping files of dirt on presidents, senators, members of Congress, the media and many prominent private citizens, such as Martin Luther King Jr.

Because of inevitable damage to our country, I would be happy to be wrong about the rough road ahead. Unfortunately, I fear the worst-case scenario is true.