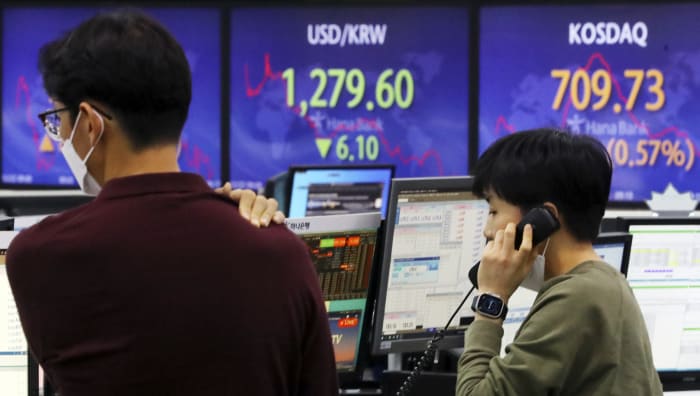 BANGKOK – Shares advanced in Asia on Thursday after a rally on Wall Street as investors welcomed a report showing U.S. consumer confidence is holding up despite the Federal Reserve’s campaign to fight inflation by raising interest rates.

Markets got a boost from a report showing U.S. consumer confidence is surprisingly strong, despite inflation squeezing wallets. The Conference Board’s consumer confidence index rose to 108.3 in December from 101.4 in November. That pushed the index to its highest level since April. Last month’s figure was the lowest since July.

“Asian stocks picked up where the U.S. market left off, with technology and property companies leading the charge after a profusion of comments from regulators on supporting broader markets,” Stephen Innes of SPI Asset Management said in a commentary.

Consumer spending and the job market are strong areas for the U.S. economy that have helped prevent it from slipping into a recession. Wall Street is hoping for a “soft landing” from decades high inflation and the interest rate hikes being deployed to tame it.

If the Fed goes too far in raising interest rates, it could cause the economy to stall and tip into recession.

Treasury yields mostly fell. The yield on the 10-year Treasury, which influences mortgage rates, slipped to 3.66% from 3.69 late Tuesday.

The government will release Friday a closely watched monthly snapshot of consumer spending, the personal consumption expenditure price index. The report is monitored by the Fed as a barometer of inflation, which has been easing, albeit at a slow pace. Economists expect the report to show inflation cooled in November.

In energy trading, U.S. benchmark crude oil added 33 cents to $78.62 per barrel in electronic trading on the New York Mercantile Exchange. It picked up $2.06 to $78.29 per barrel on Wednesday.

U.S. inventory data showed the Strategic Petroleum Reserve falling to 378.6 million barrels, its lowest level since 1983, thanks to a larger-than-expected draw down last week. That overrode worries about weak demand due to the slowing economy, pushing prices higher.

Brent crude, the pricing basis for international trading, gained 29 cents to $82.87 per barrel.