Popular Chinese singer Jane Zhang received backlash after she said in a social media post that she met people infected with the coronavirus so that she could catch it. Image courtesy: janezhang/Instagram

It’s a worrying situation in China. There is a surge in COVID-19 cases, chaos at hospitals, crematoriums are overcrowded and there’s a medicine shortage. Experts fear “millions of deaths” and the possibility of new variants emerging from the country. Amid all this, Chinese singer and songwriter Jane Zhang deliberately infected herself with the coronavirus.

Also read: Explained: Why China ending zero-COVID rules may lead to over a million deaths

As China struggles to cope with a deadly wave, triggered by the BF.7 Omicron variant, Jane Zhang, known in the country as Zhang Liangying, said that she caught the infection as she went to visit friends who had tested positive. She took to the Chinese microblogging site Weibo to reveal that she met “sheep”, a term used for virus carriers in the mainland, according to a report by South China Morning Post (SCMP).

The post left millions of fans of the C-pop singer shocked. Zhang said that she wanted to catch the virus so that she would not face the risk of infection during her New Year’s Eve concert. “I was concerned that my condition during the New Year’s Eve performance would be affected. So I met a group of people who tested positive since I currently have time to recover from the virus,” she confessed.

The 38-year-singer said that after meeting with infected patients she caught a fever, had a sore throat, and body ache, all associated with the coronavirus. She said that while her symptoms were similar to that of those suffering from COVID-19, they lasted only for a day.

“After sleeping for a day and a night, all my symptoms disappeared … I just drank plenty of water and took vitamin C, without taking any medicine before I got well,” Zhang said.

She also shared details about her workouts when she was down with the virus and went on to ask if such a short period of illness should be considered a positive case, the SCMP report says. “I am not sure if it’s appropriate to ask, but does my case with symptoms lasting for only one day count as a positive case?” she asked on Weibo last Friday. 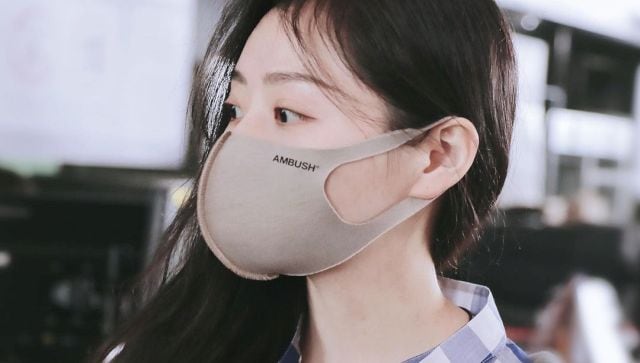 Jane Zhang deleted her post after she was called out for being insensitive. She apologised and said that people need to pay attention to the virus. Image courtesy: janezhang/Instagram

The singer’s post, which soon went viral, received backlash. After facing criticism, Zhang was forced to take it down and apologise. “I didn’t consider things carefully before making my previous posts. I apologise to the public,” she wrote on Weibo.

She argued that if she got infected during the concert her colleagues would be at risk. “I was worried that if I got infected when the concert was held, it would increase the risk of my colleagues being infected again. So I was thinking that since it is an inevitable thing, why not get ill now when I don’t need to leave home so that I can go to work after I recover? It would be safer for all of us,” Zhang said, attempting to defend her shocking decision.

Singer #JaneZhang says that she’s worried she’ll be sick for New Years concerts, so she decided to visit some covid+ people to get sick and get over it

Now she’s getting bashed because she said she recovered in 1 day, lost weight and now has good skin😂 pic.twitter.com/wyki8v2wrZ

Realising that her post was in poor taste, she said that everyone should “still pay attention to virus prevention”. “…Avoiding the initial spike of infections can prevent overwhelming medical facilities,” she wrote.

Zhang faced immense criticism online with many calling her insensitive. “As a public figure, how could she say this? She is encouraging people to get infected, which is not OK,” a social media user said on Douyin, China’s TikTok.

Another pointed out that Zhang lacked common sense as it was risky for a COVID-positive patient to exercise.

But amid all the outrage, the C-pop star found some supporters. “You just did what many coronavirus-negative people want to do. Next time, please remember just to do it, but not say it publicly,” one user said, according to SCMP.

The rise of Zhang

Zhang has 43 million followers on Weibo and 269K followers on Instagram with many fans from across the world. It was a national singing competition that shot her to fame. Once a shy girl, she is now known as the “Dolphin Princess”.

The star was born in Chengdu, in the province of Sichuan, to a truck driver and shop assistant. Her childhood was not easy. She lost her father when she was 15. Soon after, her mother lost her job. The family had to make ends meet and Zhang had to look for work. She started singing at a local pub.

Years later, when Zhang was 21, she participated in the popular singing competition Super Girl and finished third in 2005. “I always liked music as a child, I would sing and dance to the music they play in the streets,” the singer said in a video made for the competition.

While she sings in Chinese, she can also perform in English, Japanese, Spanish, and French. She looked up to American singer Mariah Carey, who is noted for her five-octave vocal range and signature whistle register, according to a report in SCMP. Like Carey, Zhang can also sing in five octaves and hit the whistle note range.

However, her COVID-19 post didn’t strike the right chord.

Social Media News
Previous Post
Travellers stranded amid B.C. snowfall rely on kindness of strangers to get home
Next Post
The Great Escape: How ‘Bikini Killer’ Charles Sobhraj broke out of Tihar Jail and launched one of the greatest manhunts