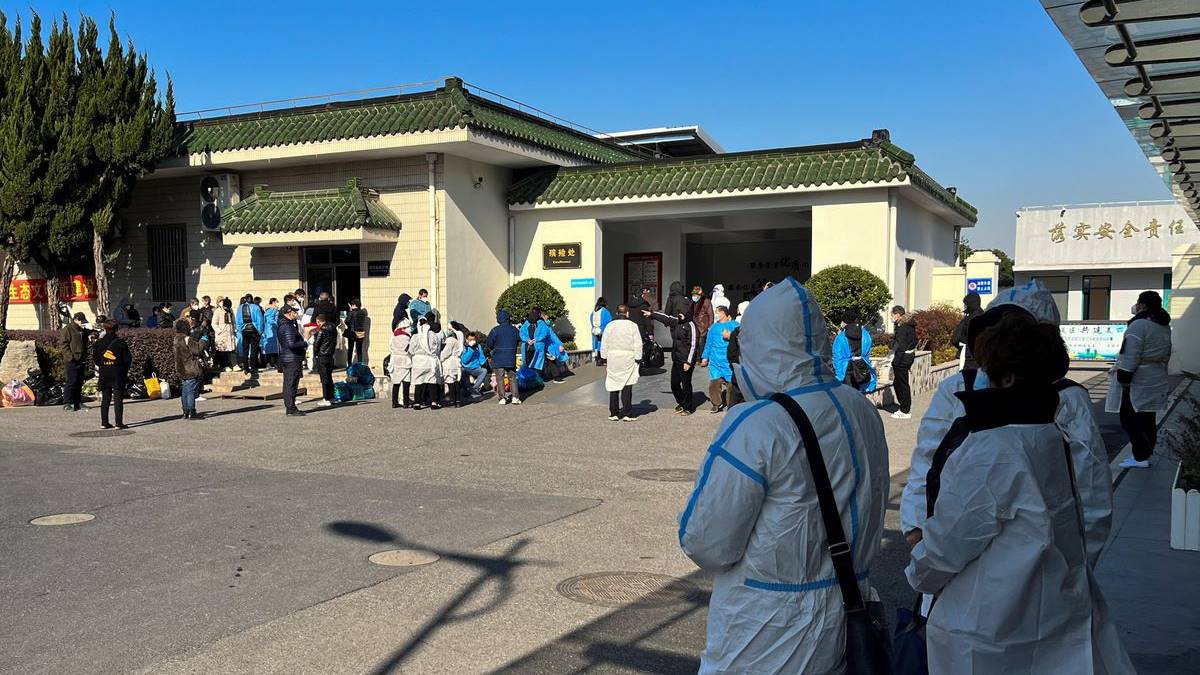 China’s National Health Commission, which had been publishing daily Covid-19 case count for the past three years, said it will no longer release such data from Sunday. The health commission did not state the reasons for the change or how frequently China CDC will update Covid information.

“Relevant Covid information will be published by the Chinese Center for Disease Control and Prevention for reference and research,” the NHC said in a statement.

On the website, the National Health Commission on Saturday gave the Covid case figures of Friday. China mainland reported 4,128 new cases of confirmed infections and no new death in the country.

On December 23, 1,760 patients were released from the hospital after being cured and 28,865 people who had had close contact with infected patients were freed from medical observation. The number of serious cases increased by 99.

The move comes in the backdrop of a Radio Free Asia report that nearly 250 million people in China may have been affected by Covid-19 in just 20 days after the ‘zero-covid policy’ was diluted in the first week of the month.

According to the leaked government documents that are circulating on social media, 248 million people were infected with Covid-19 from December 1 to 20, or 17.65 per cent of China’s population.

The data on covid cases released by government officials on December 20 is different from the reality as nearly 37 million were estimated, according to Radio Free Asia

A senior Chinese journalist told Radio Free Asia on Thursday that the document was genuine, and had been leaked by someone who attended the meeting who was acting deliberately and in the public interests.

Meanwhile, British-based health data firm Airfinity, said that the infections in China are likely to be more than one million a day with deaths at more than 5,000 a day.

New modelling by Airfinity has examined data from China’s regional provinces. The current outbreak is growing more rapidly in some regions than in others. Cases are currently rising much more quickly in Beijing and Guangdong.

“Using the trends in regional data our team of epidemiologists has forecast the first peak to be in regions where cases are currently rising and a second peak driven by later surges in other Chinese provinces,” Airfinity said in a statement.

Airfinity’s Head of Vaccines and Epidemiology Dr Louise Blair said, “China has stopped mass testing and is no longer reporting asymptomatic cases. The combination means the official data is unlikely to be a true reflection of the outbreak being experienced across the country.

“China has also changed the way it records COVID-19 deaths to only include those who die from respiratory failure or pneumonia after testing positive. This is different to other countries that record deaths within a time frame of a positive test or where COVID-19 is recorded to have attributed to the cause of death. This change could downplay the extent of deaths seen in China.”

(With inputs from agencies)