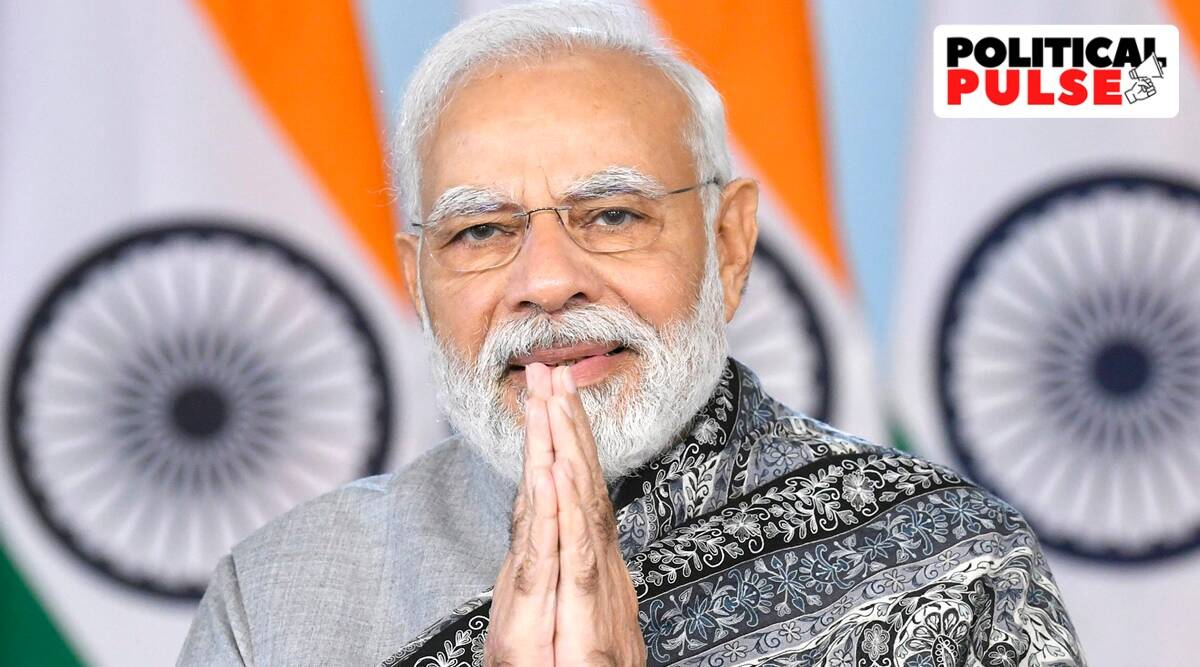 Prime Minister Narendra Modi on Sunday addressed the final Mann ki Baat, his monthly radio programme, of the year. From the G-20 presidency to evidence-based research in yoga and Ayurveda, Modi addressed a lot of topics. He also urged people to remain vigilant and take precautions at a time Covid cases are rising in many countries.

Here are the three key things he spoke of:

The PM reminded the listeners that he had spoken about the G-20 presidency in detail in last month’s show. “In the year 2023, we have to take the enthusiasm of G-20 to new heights; make this event a mass movement,” Modi exhorted.

As The Indian Express’s Contributing Editor Neerja Chowdhury noted in her column this week, G-20 is going to be part of the BJP’s strategy this coming year to set the stage for the Lok Sabha elections in 2024.

Here is what she wrote: “But what we are likely to see in 2023 is Modi portrayed as the Vishwa Guru. With India the president of the G-20, foreign policy is likely to drive BJP’s narrative next year … It is an opportunity the ruling party has seized and the prime minister is pulling out all stops to make the September summit of the G-20 a significant milestone. Two hundred events are planned through the year all over the country to showcase its cultural heritage, its development, and spruce up its cities as well as tourist destinations; hopefully, they will increase the tourist footprints.”

Chowdhury added, “But what it is likely to do for sure is to add to an already larger-than-life image of the prime minister who will be leading from the front, hosting world leaders from powerful nations, including the US, China, Russia, France, the UK, France and Germany. The summit will be watched with interest by the world. But it will be watched even more closely by Indians at home. As it is, many, particularly young Indians, say they are attracted to Modi because he has enhanced India’s image globally.”

Modi talked about former PM Atal Bihari Vajpayee on his birth anniversary. “He was a great statesman who gave exceptional leadership to the country,” the PM told listeners.

Speaking about how a listener from Kolkata had clicked a photo in the Vajpayee gallery in the PM museum during a visit to Delhi, Modi said, “In Atal ji’s gallery, we can have a glimpse of his valuable contribution to the country. Be it infrastructure, education or foreign policy, he strove to take India to new heights in every field.”

The PM said that the though the results of traditional practices such as yoga and Ayurveda were visible, evidence was not. “Lack of evidence-based research in the context of our scriptures has always been a challenge,” he noted. Traditional Indian medical practices and yoga have been the core of the Modi government’s soft-power push over the past eight years.

Modi said the Tata Memorial Centre in Mumbai had presented the results of its intensive research on the benefits of yoga for breast cancer patients. The Tata Centre presented the study results at the European Society of Medical Oncology conference in Paris. The study showed that “regular practice of yoga has reduced the risk of recurrence and death of breast cancer patients by 15 per cent”, Modi told listeners. This, the PM said, was the “first example of Indian traditional medicine being tested vis a vis the stringent standards of Western methods.

The PM said that in the Ayurveda Congress in Goa a few days ago he had reiterated the point for “evidence-based research”. “The way we all are seeing the power of Yoga and Ayurveda in this time of the Corona global pandemic, evidence-based research related to these will prove to be very significant. I also urge you that if you have any information about such efforts related to Yoga, Ayurveda and our traditional treatment methods, then do share them on social media,” Modi said.

Earlier this year, Modi said at the ground-breaking ceremony for the WHO Global Centre for Traditional Medicine (GCTM) in Jamnagar, Gujarat, that testing and certification of traditional medicine at the centre must conform to international standards.