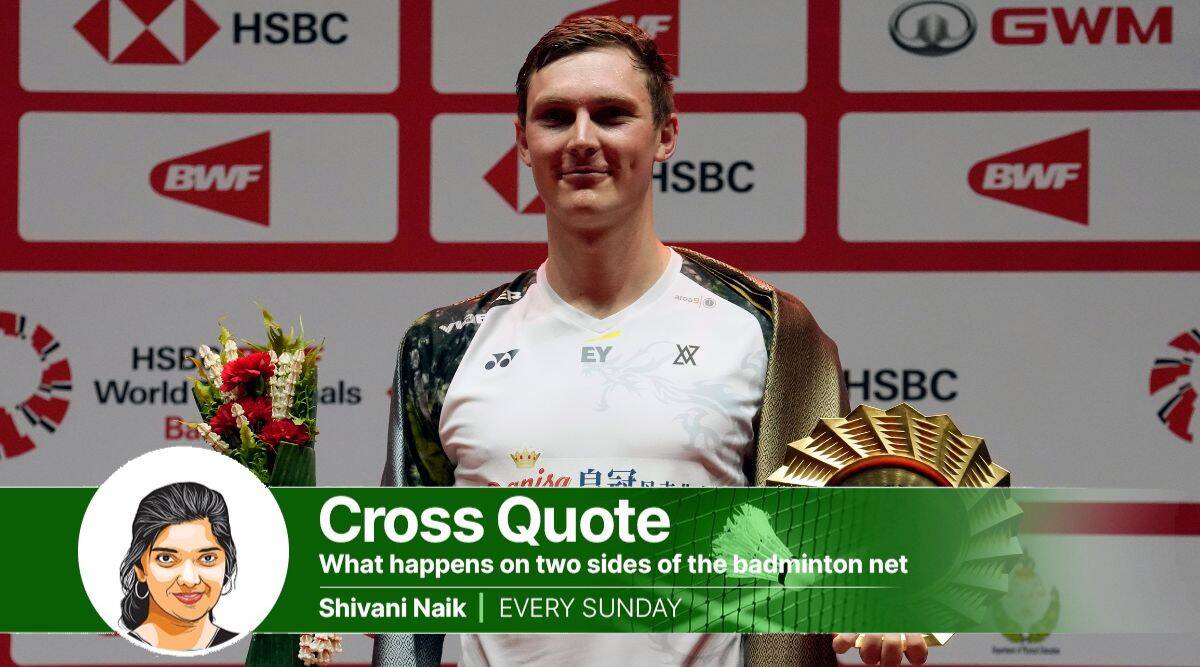 Why America doesn’t care for Badminton

Of the many trendsetting things that Viktor Axelsen has done while being an absolute champion, leaving shuttle’s footprint in hitherto unexplored lands, might count as the grandest.

One of his most original ideas, uttered way back in 2015, dateline Odense – his hometown that hosts the Denmark Super Series – was that badminton needed an aggressive push in the USA, to truly be counted as a global sport. He would say as much, while zooming out his vision beyond his own imminent career achievements and looking at where his sport stood, from a distance.

With the 2028 LA Olympic Games on the near horizon, this foresight might need to gather action-oriented goals from all the stakeholders. It really is a mystery why the hugely entertaining, graceful yet power-packed sport, has never quite taken off bigly in America. And the other sports-mad country, Australia even.

Tennis and squash are huge out there, so the mind boggles at why Americans didn’t latch onto shuttle. Even pickleball – which combines tennis, badminton and TT, has a Major League being fleshed out for the sport with Tom Brady, Naomi Osaka, LeBron and Kevin Durant, as investors. Beiwen Zhang, that sole American warrior, who prolongs rallies deftly to survive against Asian champions, carries on fund-raising through social media to stretch her career.

Here’s a look back at the dazzling night that revealed the big winners at the BWF Player of the Year Awards 2⃣0⃣2⃣2⃣. 🤩#BadmintonUnlimited pic.twitter.com/NyervhoPMX

They say badminton is viewed like a lark of a backyard hit-about with a feathered whimsy shuttle. Or a garden pastime in the US, this casual descriptor robbing it off the competitive edge it carries in indoor arenas. Europe still buys into it given Denmark and England and Marin’s Spain routinely challenge the Asian hierarchy, and Russia tends to fancy their chances in doubles. But the alpha terra of sport – the USA just aren’t impressed enough.

But first on Viktor Axelsen’s proactive, outgoing proselytising spirit, that’s so crucial for badminton. Even before he became Olympic or World champion, Axelsen decided he would learn Mandarin and teach himself to communicate with the Chinese – who were absolutely dominating a decade ago. And who are on a proper resurgence now.

Learning Chinese was a holistic approach to polish his game, by understanding the culture of excellence. As well as tapping into genuine affection for a country that remains content in its brilliance without quite reaching out to the rest of the world. Lin Dan was a colossus of the game, but feeling no need to talk about his game to a varied-lingual fan base. Axelsen, through his reverse outreach, attempted to break that barrier. Up until then, it was still about polishing his individual career.

It won’t be surprising if he’s shopped around for an Indonesian bahasa dictionary, and actually goes about charming them too, absolute diehards of badminton, in their own chatty language.

His next step was even bolder than wooing badminton’s existing royalty. He hit Dubai’s shores, and set up a training base there, moving bags, baggage, family and children, opting to break free of the national system that’s prevalent in badminton.

Malaysian Lee Zii Jia and fellow Dane, Anders Antonsen too have branched away from their confining national centres, with the latter moving to Dubai. And Axelsen also invited players of the next generation, Loh Kean Yew, Lakshya Sen, Kunlavut Vitidsarn and Brian Young, to train with him. It was closer to the tennis way of doing things.

Carolina Marin with coach Fernando Rivas can be credited with taking badminton beyond the traditional powerhouses, straight into tennis territory – her influence on national programs of Spain and France is undeniable. But it is Viktor Axelsen’s initial poser that is the key to the lock which has kept the sport limited to its Asian behemoths and pockets in Europe: when does America come on board?

It’s oddly quaint that Kevin Cordon of Guatemala – it’s a spunky little country south of Mexico – made the semifinals of the Tokyo Olympics. Ygor Coelho tried, around the Rio Olympics, to get Brazilian samba-tapping feet to dance some magic on the badminton court. But it’s the USA that has just not taken any liking to the wristy wizardry of badminton. Which might answer the question: badminton isn’t slam-bang, power-pumping enough at all times, for the gridiron-grunt-loving Americans.

But it is on the Olympic program. And China’s insanely good at it: two prods that might just play out as Los Angeles 2028 beckons.

So what can America bring to the table? Athleticism and a turbo-charged game for sure, like they did at wrestling. Greater power-bang, swifter speed. All the sports science toys that the Colorado Springs facility – sports’ version of X-Mansion Or Xavier Institute for gifted athletes – can throw up. Should the Americans dip their toes into badminton, the sport itself might witness a system upgrade, get a little more muscular, though it will be a tub of popcorn, watching them attempt a pace-lift to take on the Asian speed, challenging China at their core competence.

But what America might bring – and what badminton needs – is dough. The big bucks. Money. There’s a smidgeon of those big-ticket sponsorships, with Tai Tzu Ying’s burger chain shirtfront logo, and Chinese Taipei generally supported by American biggies. But while even TT cracked the monster deal with a western shoe-major – which signifies the mainstream elite in sport – badminton hasn’t quite gone beyond the modest gear & equipment branding figures of Yonex, Li Ning or Victor.

Find out why Anders Skaarup Rasmussen 🇩🇰 was not too down when he missed out on last year’s Denmark Open title.#BadmintonUnlimited pic.twitter.com/qVoDhZyoqe

That sort of self-sufficiency is actually a thing to be proud of. It’s Asian pride and might. Self-made in a continent that loves this sport with unmatched passion. Yet, it leaves you wondering why the tick or the three bands or that feline, aren’t quite keen on badminton.

Badminton is decidedly content in modest money. The World Championships carry no prize money, and the prestigious team events, Thomas Uber Cup as well as Sudirman Cup, still tend to riff off nationalistic fervour, rather than a prize cheque to play for. The biggest tournament earnings purse even at All England, Indonesia or China or Dubai remains a fraction of tennis, and laughable if compared to golf.

Yes it’s equal pay, egalitarian and earnest money. And a PV Sindhu – an outlier – might still make the Forbes list as India’s greatest of all time. And sure, China takes care of its Lin Dan and other icons with Chinese majors offering sponsorships. But the sport as a whole, has just not wooed the big American corporations, to ensure all its hard-working, hardly-earning athletes make good bucks, despite playing at unreal athletic and acrobatic levels.

What a rally from 🇲🇾 duo Chia/Soh! 🔥#BWFWorldTourFinals #Bangkok2022 pic.twitter.com/bN1d7MVHG0

America will bring in the lingua franca too, though there’s no harm in the world learning Mandarin or Korean to better understand the sport’s heroes. But then why not Malaysian and Indonesian then? Badminton’s Asian spread is quite expansive and could do with all athletes speaking more. Or just speaking even, for as charming as their personalities are, language remains a barrier in knowing more about their stories.

USA’s massive Asian diaspora also gives it the critical mass required for that game to take off. For there’s no bigger connect than sport and badminton for those who move to the States for better livelihoods, given the sport is also an emotive, cultural thread, a bragging right of Asian excellence, beyond academics. Cricket is about to explode from the Silicon Valley interest; one suspects badminton might find an even bigger number among second-generation immigrants.

Perhaps the biggest argument towards poking Americans to take badminton seriously, is the visibility that is showered on sports icons by that sports loving, free-market, celebrity-acknowledging country. Sport is hard work, shuttlers work for years to max their explosive bursts, and those deceptive wrists for magical angles are chiselled intricately for endless hours.

Effort like that, should be paid much more, known to many more and deserves the Hollywoodesque spotlight to bask in. It deserves the bonafide affection that Australia reserves for its icons. Badminton, quite bashful and obedient, can revel in the bling and bombast and self-confidence that Americans bring to sport – be it basketball, tennis or NFL.

But more than anything, American contenders will help answer the question – can Asians hold their own, when the Americans enter the arena? When badminton for all intents and purposes, gets truly global.