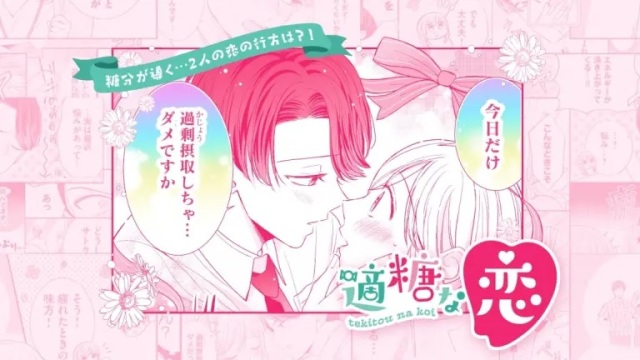 Business woman Toko and her subordinate Sato-kun are getting sweet with each other.

It’s not long before feelings of attraction begin to form between the pair, but they want to make sure their relationship, whatever it may develop into, remains proper. That’s something you might have guessed from the manga’s title if you happen to know that the way to say “appropriate” in Japanese is tekitou…except that Tekitou na Koi’s tekitou isn’t written with the kanji characters for “appropriate” (適当), but with the kanji that mean “suitable amount of sugar” (適糖).

▼ Sato-kun: “When you’re feeling tired, what you need is a little sugar.”
Toko: “Sa-, Sato-kun! Things are getting too sweet!” 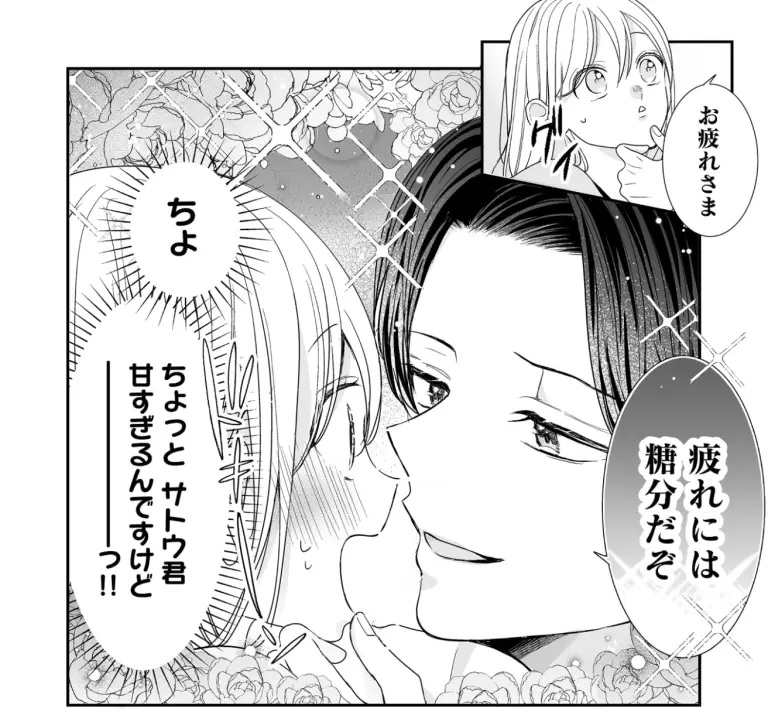 Similarly, while “Sato” is a common family name in Japan, it’s also a homonym for the Japanese word for “sugar.” So why all the saccharine symbolism? Because Tekitou na Koi is produced by Japan Agriculture’s Hokkaido division, as an eye-catching reminder of the potential benefits of sugar intake.

▼ Toko, snacking on a donut 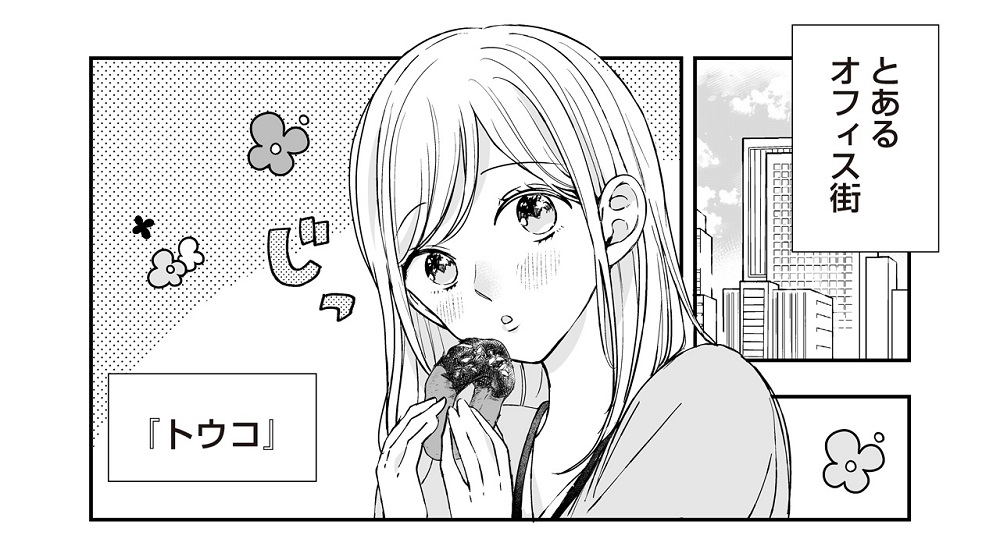 Among the sugar-related tidbits the pair exchange are that exercise (and prolonged mental concentration, the manga claims) deplete the body’s glucose levels, leading to fatigue, but that they can e replenished with sugar. Tekitou na Koi also holds that glucose aids relaxation by helping carry amino acids to the brain that reduce feelings of anxiety and tension.

Of course, too much sugar isn’t a good thing for the body either, which might be why Tekitou na Koi also seems to have scenes where Toko is shown taking her sweetness intake into consideration while trying to decide whether or not it’s OK to fully give in to her urges right then and there.

▼ “Taking in too much sugar isn’t good for you,” says a blushing Toko. 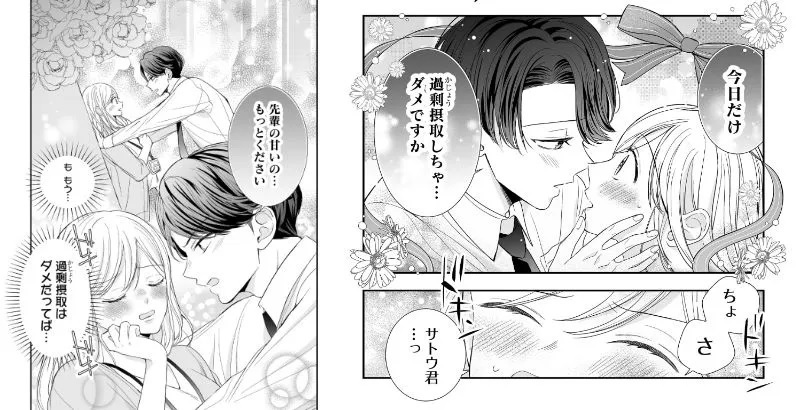 “Hey, eat more sugar!” might seem like an unusual cause to promote, but Japan’s relatively low obesity rates do give it a little more wiggle room on that front that many other countries. In that sense, a syrupy manga romance seems like a pretty apt medium by which to deliver the message that some pure sweetness now and then is OK, even if you shouldn’t make it the foundation of your diet/life philosophy.

Social Media News
Previous Post
Nysa Devgn stuns in a gorgeous pink dress as she attends Christmas bash in the city with Ibrahim Ali Khan and others – See photos
Next Post
Omicron BF7 in India: Still hooked to ‘kadhas’ to beat Covid19? DYK its overconsumption can cause harm