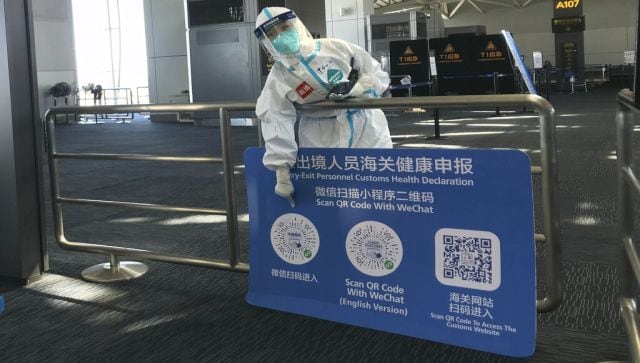 Amid COVID surge, China approves America’s Paxlovid, an anti-viral drug: Why this is an unlikely move

The recent surge in COVID-19 cases has caused China’s healthcare infrastructure to crumble. Patients continue to arrive at hospitals, leaving them overwhelmed, crematoriums are overpacked, and there is a reported shortage of drugs. The country, which was reluctant to take medicines or vaccines from the West, has now budged.

Beijing will begin distributing American pharma giant Pfizer’s drug, Paxlovid, to community health centres in the city, according to a report by CNN.

According to the state-run China News Service, community doctors would be trained on how to dispense the medicine to COVID-19 patients and provide information on how to use it.

Paxlovid is an oral antiviral developed by Pfizer, which has proved to cut the risk of hospitalisation and death by 89 per cent, according to an interim analysis. In January, United States president Joe Biden called it a “real game changer”.

Paxlovid is made up of two protease inhibitors, including one used in treating HIV as a booster medicine, according to Patrick Jackson, assistant professor of Infectious Diseases at the University of Virginia.

Protease inhibitors are synthetic drugs that block enzymes that viruses need to replicate. The combination in Paxlovid reportedly prevents it.

Also read: Explained: Are Chinese vaccines to blame for its COVID-19 surge

How does Paxlovid work?

Paxlovid is administered orally, which allows COVID-19 patients to take the drug at home in the early stages of infection.

It consists of nirmatrelvir tablets and ritonavir tablets. Nirmatrelvir inhibits a viral enzyme called protease which is needed for the virus to replicate itself inside the host cell. Ritonavir slows down the breakdown of nirmatrelvir to help it remain in the body for longer at higher concentrations, according to a report by The Indian Express.

Nirmatrelvir is likely to have an advantage over vaccines, as it attacks a vulnerability in the virus that does not mutate like spike proteins, which the jabs, target. It is said to be effective against all variants of the coronavirus. 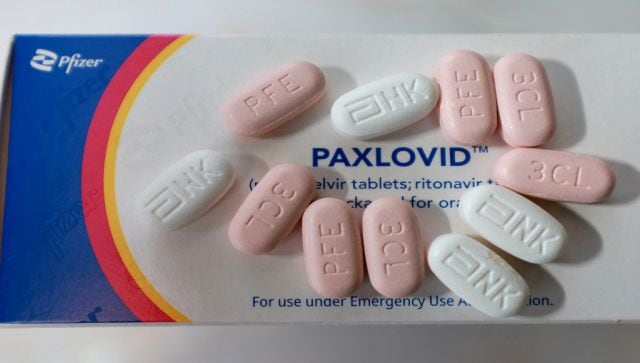 Paxlovid is the only foreign drug approved in China to treat COVID-19. AFP

Why China’s approval of Paxlovid comes as a surprise?

China has been wary of Western vaccines and medicines. But the deadly COVID-19 wave gripping the mainland left it with no choice but to turn to the US for help.

Paxlovid is the only foreign medicine approved by China’s regulator for nationwide use to treat COVID-19.

However, it is not easily available in China. It was sold within hours after a healthcare platform offered Paxlovid earlier this month, reports CNN.

“We have received the notice from officials, but it is not clear when the drugs will arrive,” CNN cited a worker at a local community health centre in Beijing’s Xicheng district as saying.

Also read: Not only China, COVID-19 cases are rising in these nations as well

Did China reach out to the US government?

The nod to use the drug comes as China races to vaccinate its most vulnerable populations amid the surge.

Last week, Washington said that it was prepared to help with vaccines to control the outbreak. However, the government in China had not reached out to their counterparts in the US asking for assistance, according to a Bloomberg report.

US Secretary of State Antony Blinken had told reporters, “We want to see China get this outbreak under control. The US is worried about the rise of new coronavirus variants and China’s outbreak has clear implications for the global economy because of China being shut down on multiple levels.”

Now that China has approved the use of Paxlovid questions have been raised about intervention from Washington.

Dr Ashish Jha, White House Coronavirus Response Coordinator, had told reporters on 15 December that the US government “was not involved in any way” in the approval process. However, it welcomed other countries benefiting from American innovation.

“The president’s been very clear. We stand ready to help any country that needs help in terms of vaccines, treatments, anything else. So, that offer stands globally for any country that could benefit,” he told the media, adding that the US has donated 700 million doses of the vaccine to the world, the most of any country.

After three years of lockdown and quarantine, China has abruptly abandoned its zero-COVID policy. AP

What is China saying?

After three years of stringent restrictions, China abandoned its zero-COVID policy. What followed was a massive surge in cases, which has left the nation gasping for breath.

Panic buying of fever and cold medicines led to a shortage of drugs.

Breaking his silence on the COVID-19 situation in China, President Xi Jinping urged healthcare officials to take targeted measures to deal with the sudden surge in infections. He demanded more efforts in guiding the public to acquire health knowledge and skills, maintain good personal hygiene and form a healthy lifestyle to build a defence line against the epidemic for the whole society, state-run Xinhua news agency reported.

How bad is the COVID situation in China?

A leaked document, purportedly from China’s National Health Commission, said around 248 million, roughly 17.56 per cent of the total population were affected by the recent surge in infections from December 1 to 20.

Official media reports say that ICUs in Beijing are under stress as community transmission of the Omicron variant has led to increasingly severe cases — most of whom are among the elderly — in a short period.

Around 37 million people in China may have been infected with COVID-19 on a single day earlier this week, UK-based Financial Times reported.

Beyond the big metros, the cases are spreading to smaller cities and rural areas. Eastern manufacturing and tech hub Zhejiang province estimated that it’s seeing one million daily COVID-19 cases. The situation is likely to worsen in the coming month. A mid-January peak is expected in the “iPhone city” of Zhengzhou and the nearby Shangdong and Hubei provinces.