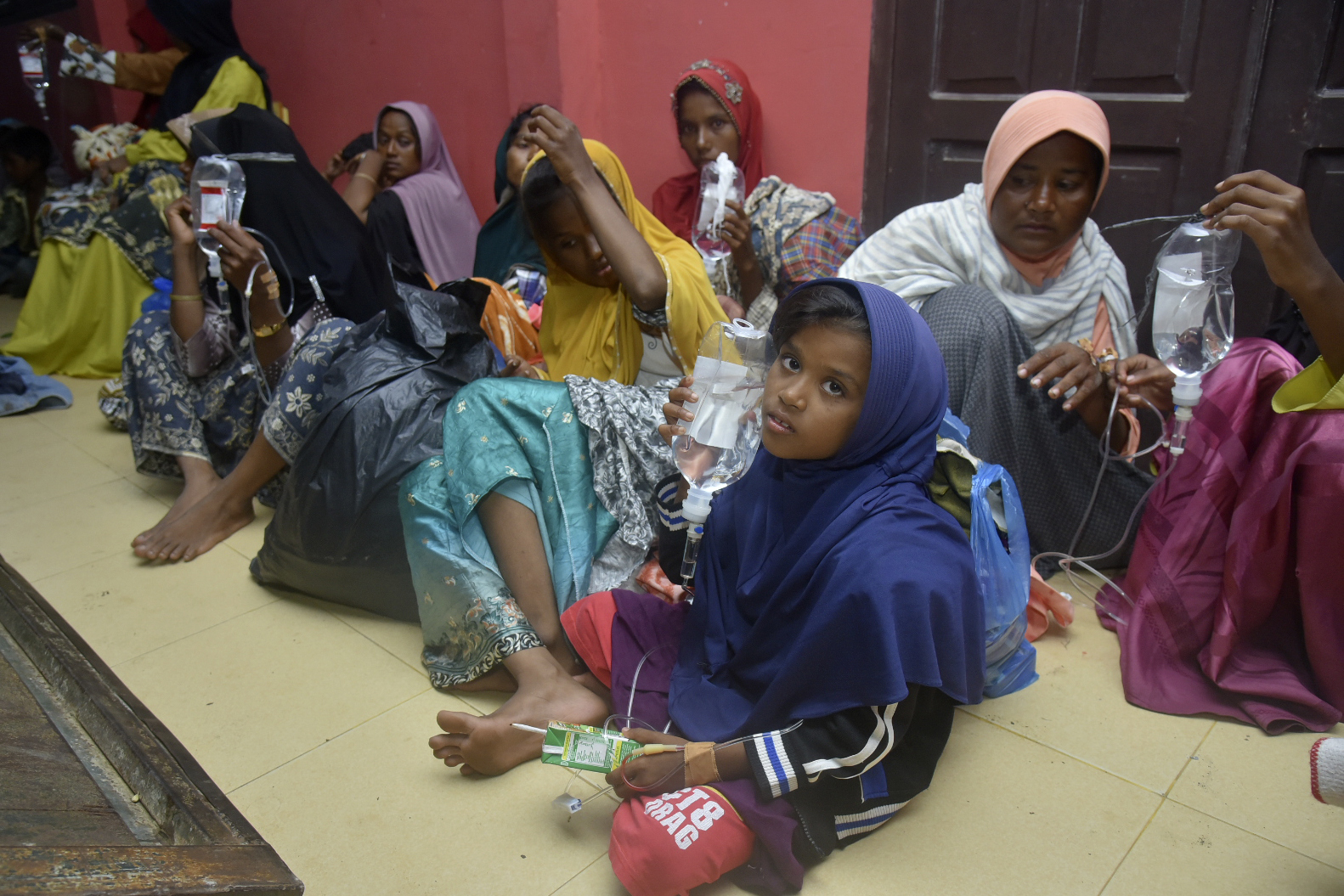 PIDIE, Indonesia (AP) — A United Nations agency is seeking information about the voyage of over 100 Rohingya Muslim refugees who landed on an Indonesian beach this week, and warned Tuesday that there will likely be more.

A distressing video circulated widely in social media showed the dehydrated and exhausted Rohingya, crumpled weakly and emaciated, many crying for help.

At least 185 men, women and children disembarked from a rickety wooden boat Monday at dusk on Ujong Pie beach at Muara Tiga, a coastal village in Aceh’s Pidie district, said local police chief Fauzi, who goes by a single name.

“They are very weak because of dehydration and exhaustion after weeks at sea,” Fauzi said.

Muhammad Rafki Syukri, the Protection Associate at United Nations High Commissioner for Refugees, said the agency would provide Rohingya language translators and counseling to determine if they were from the group of 190 Rohingya who were reported by the U.N. to be drifting in a small boat in the Andaman Sea for a month.

“With prolonged conflict and insecure situations in their country of origin, it is possible that the movement of refugees to find safe places will continue to grow,” he said.

Chris Lewa, the director of the Arakan Project, which works in support of Myanmar’s Rohingya, confirmed Tuesday that the boat that landed Monday on Ujong Pie beach was from the group of 190 Rohingya.

But Syukri said the UNHCR could not verify that information and was still coordinating with governments in the region.

“But we will continue to search for further information to ensure the actual data,” Syukri told reporters Tuesday while visiting the Rohingya refugees at a school that was closed for the holiday season in Muara Tiga village.

Lewa told AP by email that the arrivals were among five groups of Rohingya refugees that had left Cox’s Bazar district in Bangladesh in late November by smaller boats to avoid detection by local coast guards before they were transferred onto five larger boats for their respective journeys.

The fourth and fifth boats “finally landed in northern part of Aceh, Indonesia, early Sunday and late afternoon on Monday,” Lewa said, after weeks of her organization pleading with south and southeast Asian countries to help.

One of the refugees who spoke some Malay and identified himself as Rosyid, told The Associated Press that they left a camp in Bangladesh at the end of November and drifted on the open sea. He said at least “20 of us died aboard due to high waves and sick, and their bodies were thrown into the sea.”

Myanmar security forces have been accused of mass rapes, killings and burning of thousands of homes belonging to Rohingya, sending them fleeing to Bangladesh and onward.

Malaysia has been a common destination for many of the refugees arriving by boat, but they also have been detained in the country.

Although neighboring Indonesia is not a signatory to the United Nations’ 1951 Refugee Convention, the UNHCR said that a 2016 presidential regulation provides a legal framework governing the treatment of refugees on boats in distress near Indonesia and helps them disembark.

Social Media News
Previous Post
Crypto in 2023: What is the Pig Butchering Crypto Scam that security experts want investors to look out for
Next Post
UN agency probes origin of Rohingya refugees in Indonesia