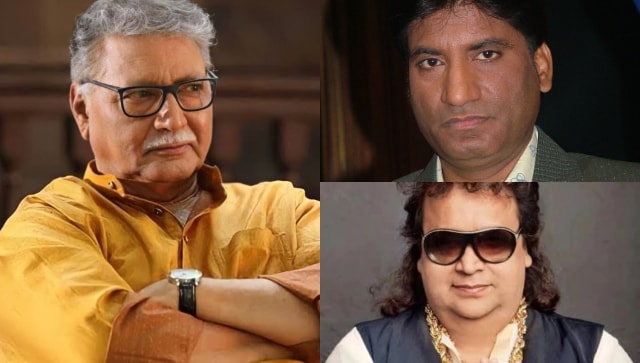 From film stars to famous world leaders, the year 2022 saw the death of several notable personalities.

The year is about to end in a few days and we are super excited to welcome 2023. Just like every year, the year-end also brings back a lot of memories and incidents that occurred in the past 12 months. Beside witnessing a war (Russia-Ukraine conflict) to drastic environmental occurrences, we have also witnessed several notable and popular personalities pass away this year.

From movie actors to musicians, celebrities, and also world leaders, there are several people who we sadly lost during the year. As the year is about to end, let’s take up the moment to remember some of those influential souls.

Known for being the founding member of the popular children’s TV show, Sesame Street, Bob McGrath died on 4 December 2022 at the age of 90.

Known for his performance in the soap-opera ‘Days of Our Lives’, an Emmy award winner and father of Hollywood actress Jennifer Aniston, John Aniston passed away on 11 November 2022.

Veteran Bollywood actor, known for his roles in films like Bhool Bhulaiya and Hum Dil De Chuka Sanam, Vikram Gokhale passed away on 26 November 2022 at the age of 77.

A famous American actor, Kevin Conroy who rose to fame for his voice portrayal of the DC Comics superhero Batman in the animated media, passed away on 10 November 2022 at the age of 66.

The younger brother of Nick Carter, Backstreet Boys’ member, Aaron Carter died at the mere age of 34 on 5 November 2022. As per media reports, he was found dead in his bath at his home in Lancaster, California.

After suffering from a sudden cardiac arrest, former Defense Secretary Ashton Carter died on 23 October 2022. Trained as a physicist and medieval historian, Carter had served both under the Republican and Democratic administrations.

Famous for playing the role of ‘Hagrid’ in the Harry Potter movies, Hollywood actor Robbie Coltrane passed away on 14 October 2022 at the age of 72.

A revolutionary filmmaker who helped shape cinema in the 60s, Jean-Luc Godard who is also called the pioneer of the French New Wave cinema passed away on 13 September 2022 in Switzerland. He was 91 years old.

Ace comedian and a very popular Indian celebrity, Raju Srivastava passed away on 21 September 2022 at the age of 58. He suffered a cardiac arrest which further led to his demise.

Another Indian celebrity, popular Telugu actor Uppalapati Venkata Krishnam Raju died on 11 September 2022. Worked in over 183 films, Raju was also given the nickname of ‘Rebel Star’ for his acting style.

One of the most high-profile deaths this year, Queen Elizabeth II, the longest-reigning monarch in Britain passed away on 8 September 2022 at the age of 91. After ascending to the throne in 1952, she devoted the rest of her life to public service for her country.

Former Soviet Union President, Mikhail Gorbachev passed away on 30 August 2022 at the age of 92. Known for introducing the policies of glasnost (openness) and perestroika (restructuring) in the USSR, Gorbachev tried to pull his country out of economic and political stagnation. His policies ultimately led to the fall of the Soviet Union and the end of the Cold War.

Shinzo Abe, Japan’s longest-serving prime minister died after he was shot by a man on 8 July 2022. During his tenure as the Japanese PM, Shinzo Abe tried to reignite his country’s sluggish economy and promote the Quadrilateral Security Dialogue or QUAD.

Indian playback singer, Krishnakumar Kunnath, also popularly referred to as KK, passed away on 1 June 2022 after suffering a sudden cardiac arrest. The 53-year-old singer was in Kolkata for an event when he suddenly had an arrest and succumbed to it.

The year 2022 seems to be very unfortunate for the Indian music industry as we lost quite a few gems this year. The list of tragic deaths includes the name of legendary singer Lata Mangeshkar who passed away at the age of 92 on 6 February 2022. Her death sent a shockwave across the entire Indian film industry and also left her fans heartbroken.