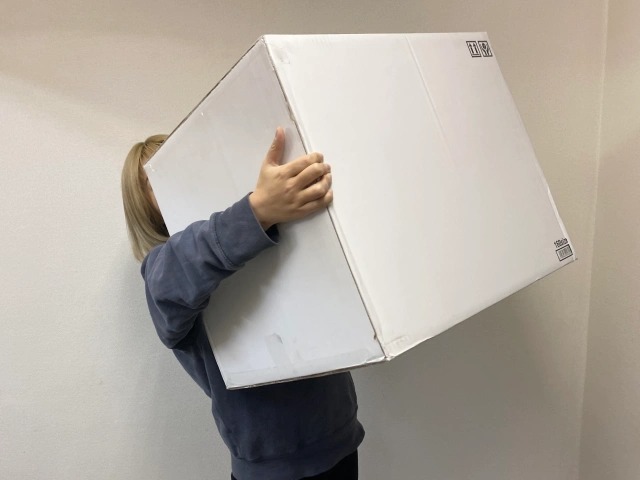 It even brings the cold at times.

Thanko is a Japanese company that blurs the line between novelty items and home appliances. Or, to put it another way, they are the closest thing to a real-life Acme Corporation for all us coyotes in pursuit of the roadrunner that is quality of life.

So, it truly is a stroke of luck that they too are taking part in the New Year’s custom of fukubukuro, or “lucky bags,” in which assorted products are sold together in a single bag, often at a discount. Our writer Ikuna Kamezawa found them at the Thanko Store in Akihabara and purchased one for 15,000 yen (US$113) that boasted five items worth 30,200 yen ($227). 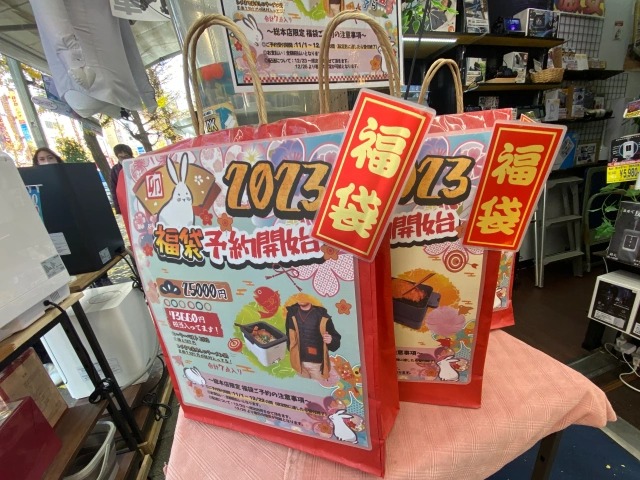 However, it didn’t say what was inside except for a personal-sized deep-fryer. Also, after purchasing the lucky bag the staff said that they would deliver it to her home for free. That certainly was nice, but Ikuna was more than capable of carrying a bag by herself.

She decided to give the office address and was surprised when her lucky bag arrived and turned out to be more of a lucky crate than a bag.

She opened the box and was met with a huge wad of packing paper which was either meant to protect the items or act as a fun gag. Knowing Thanko, both are possible. 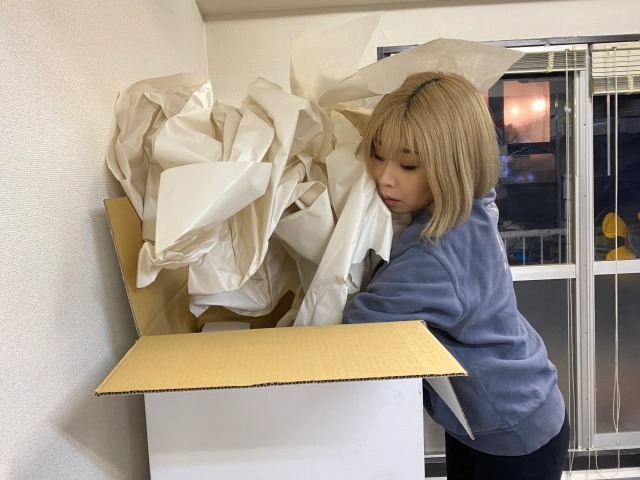 Ikuna eventually got to the five items promised which are as follows:

Ikuana was most intrigued by the face-down cushion so opened that one first, and after some quick assembly it was ready to go! 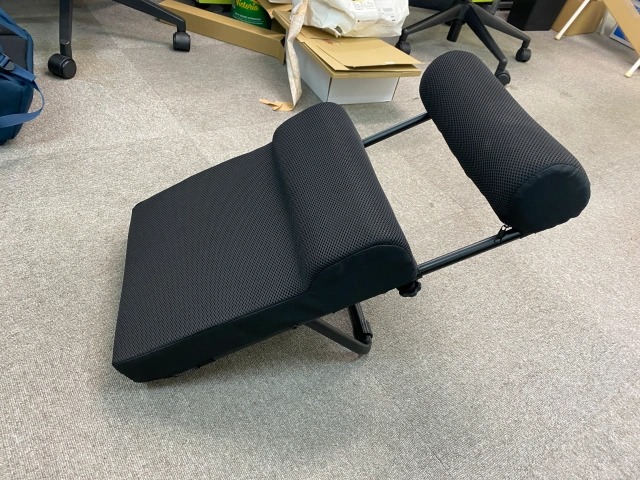 With this cushion she could easily look at her smartphone or read books. It was perfectly fine to lie on face-up as well. 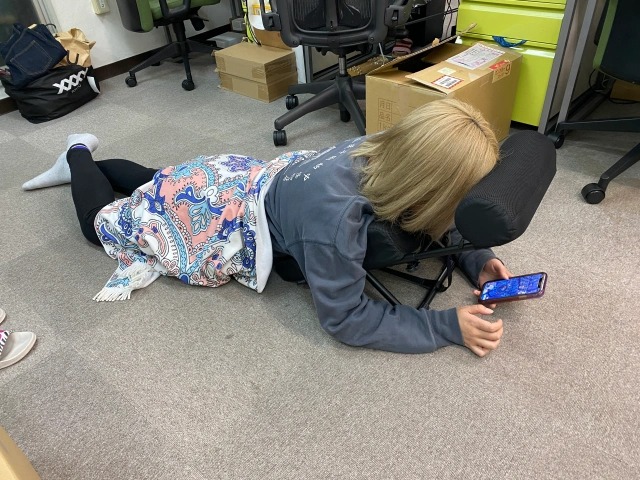 It was surprisingly good and perfect for Ikuna. Until now there hadn’t been anywhere to lie down in the office except the floor. With all the cooking, eating, wrestling, and nudity that has gone on in here, it is not advisable to come into direct contact with the floor if you can help it.

Next up was the Electronic Brain-refreshing Instrument, which is really just a grandiose name for a cooling headband.

▼ The name and description were a lot clearer in Japanese. 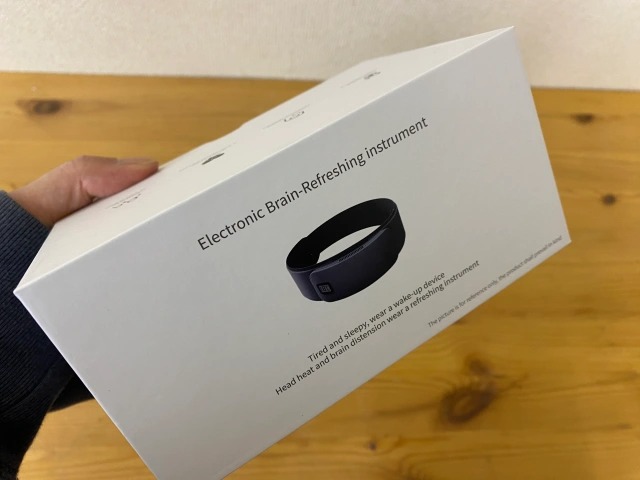 It looked very elaborate but since it was the middle of winter, Ikuna wasn’t interested in cooling off any more than she was already. Testing this one will have to wait until the summer. 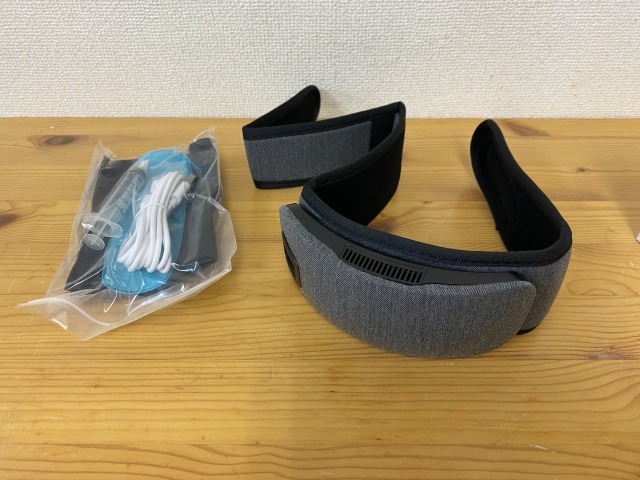 Cooking with mess tins has been popular in Japan recently, along with an uptick in the popularity of camping, and you can count on Thanko for getting in on the latest trends. However, their Messtin Travel Cooker was a little different. 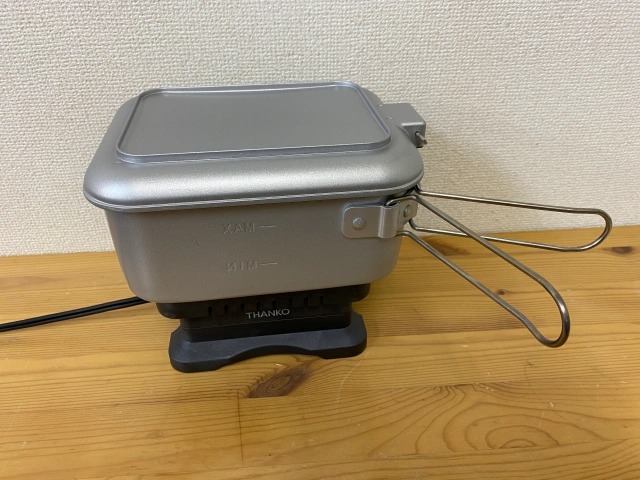 For starters, it was really heavy compared to regular mess tins and also powered by electricity, which isn’t always an option when camping. 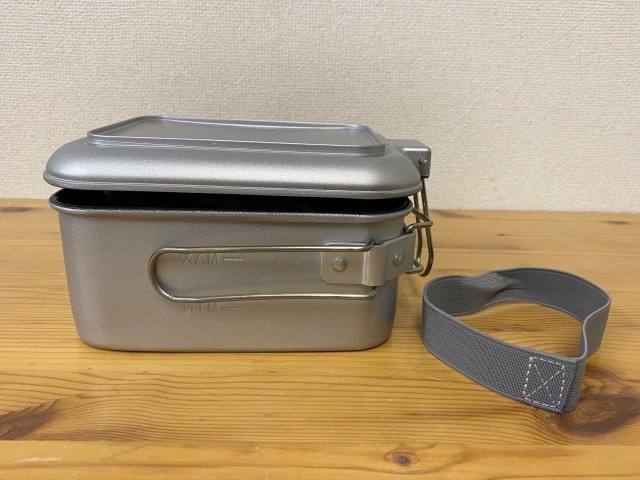 After reading up about it, Ikuna learned that this is actually a mess tin simulator intended for use at home…despite being called a “travel cooker.” Thanko says that this is perfect for times when you want to feel like you’re camping at home. Ikuna had never had that feeling but who’s to say what the future holds, so she decided to put it in safe keeping for the time being.

This brought her to the main event of the Thanko lucky crate: the Personal Fryer Kalari. This item came out earlier this year and looked extremely promising for solo eaters who want to enjoy deep-fried foods but without all the fuss and oil of a regular-size fryer. 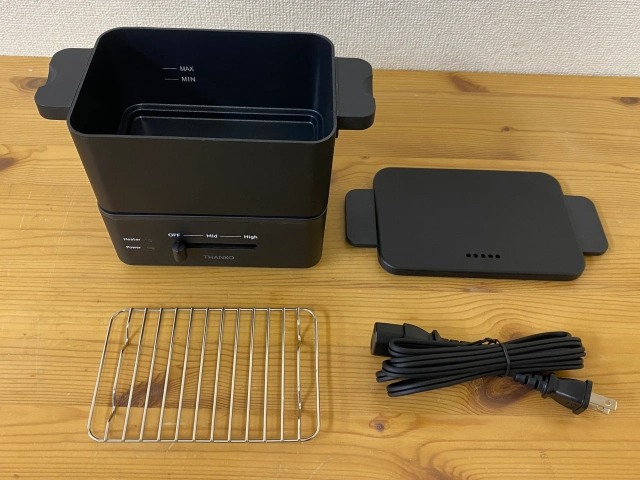 It takes a little while to heat up, but it has an adjustable temperature gauge and a good depth to reduce splashing so you can deep-fry right at your desk! 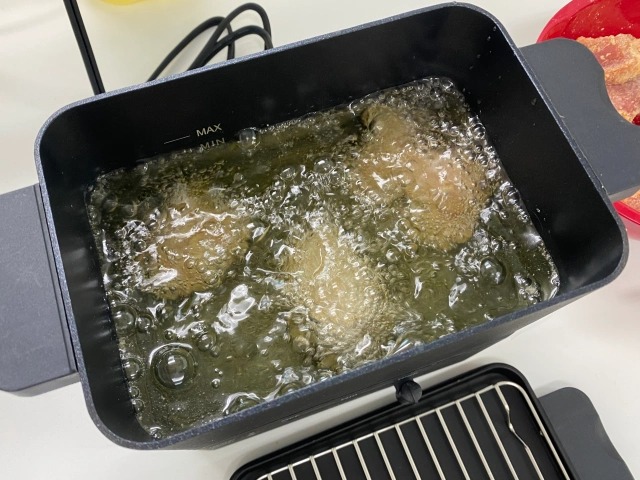 Its lid also doubles as a cooling rack to let the excess oil drip off safely. 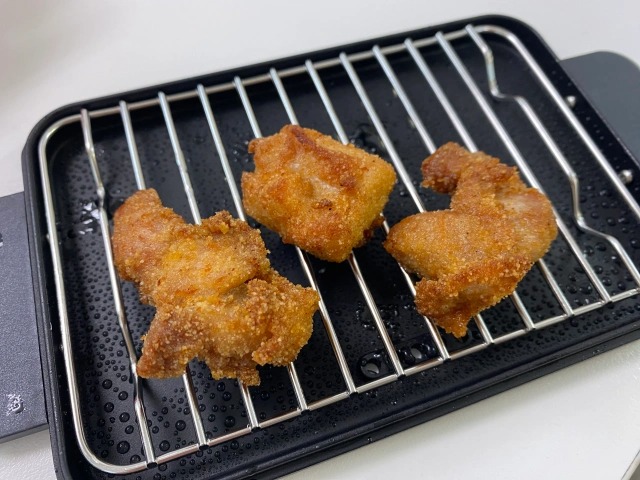 A single serving of fried chicken, served piping hot at your own desk: The future is now, folks! 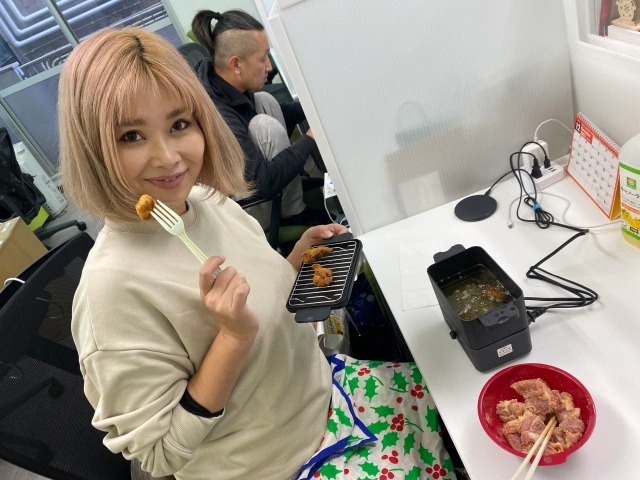 Ikuna was already incredibly satisfied with Thanko’s lucky bag but there was still one more item. 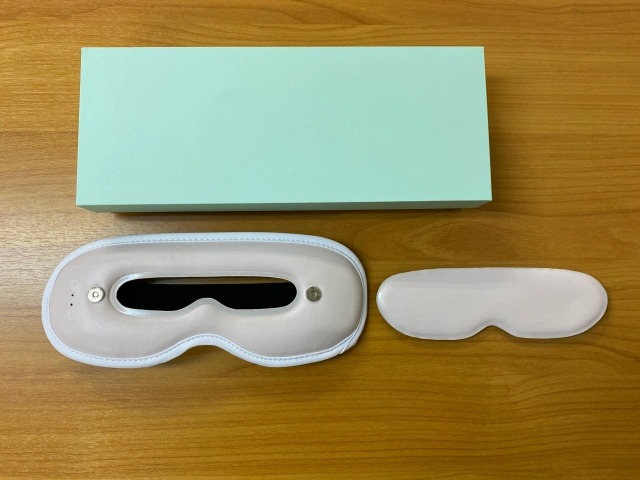 It turned out that her coworker Takashi Harada knew about the See-through Hot-Cold Eye Mask already and had even considered buying one. Seeing as this was the season of giving, Ikuna gave Takashi the gift of darkness. 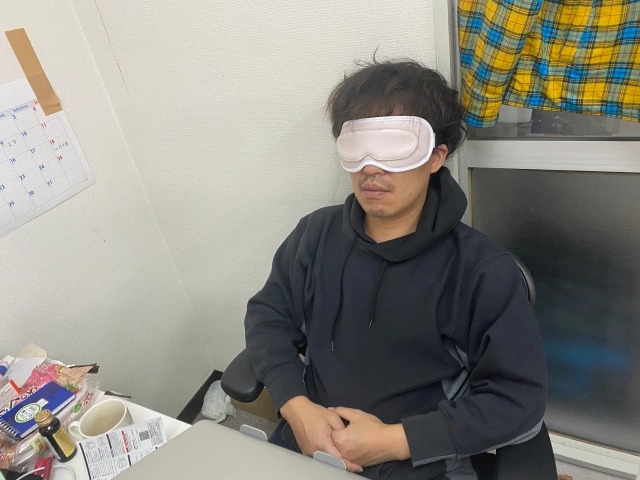 By the way, in addition to being able to warm or cool the mask, it is called “see-through” because there is a little door that opens up whenever someone disturbs your beauty sleep. 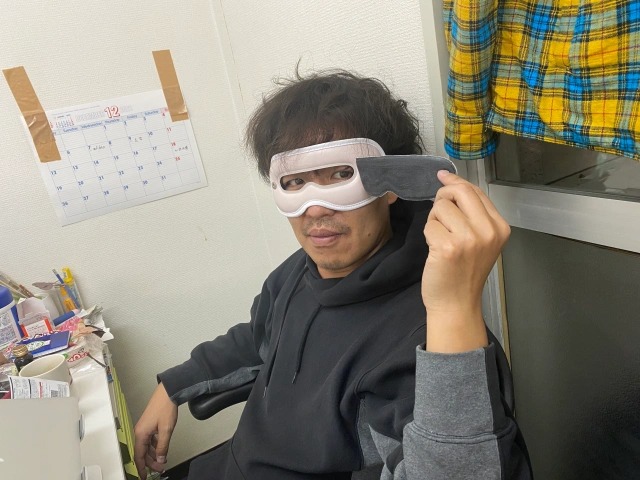 And so, Thanko’s 2023 lucky bag was a rousing success with lots of unconventional items that we never knew we needed. If you would like one too, just know that there are different types of bags and that the ones sold online and in-store are quite different too.

▼ When we bought a Thanko fukubukuro online last year we ended up like this.

If you do decide on a bag, proceed with caution, because with Thanko you truly never know what you’re going to get.

Social Media News
Previous Post
#FactsFirstPH: Here’s a wrap of the biggest lies debunked in 2022
Next Post
What is Title 42?