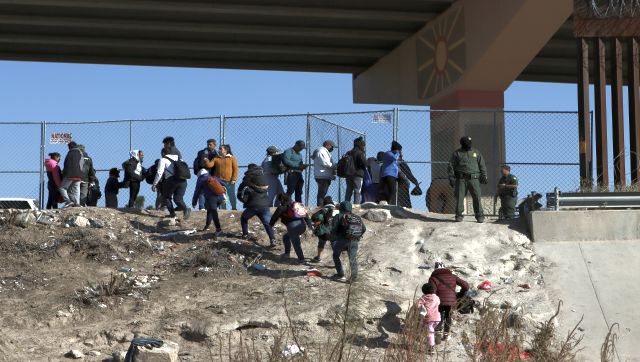 The ‘American Dream’ will remain just that for many migrants who are fleeing violence and inequality in Latin America and elsewhere to reach the United States after the top court of the nation voted to keep in place Title 42 indefinitely.

In a ruling on Tuesday, the US Supreme Court extended a temporary stay that Chief Justice John Roberts issued last week. Under the court’s order, the case will be argued in February and the stay will be maintained until the justices decide the case. The limits were put in place under then-President Donald Trump at the beginning of the pandemic.

Just in: The Supreme Court has GRANTED a request from GOP states to pause a lower court ruling against the Title 42 border expulsion policy. This means Title 42 stays in place for now.

High court also agreed to take up the case to consider if the states may intervene here. pic.twitter.com/lrgFzc8YQc

As Title 42 remains in place, dashing hopes of several migrants and the Joe Biden administration, here’s a good time to understand what it’s all about and the legal battle against it.

Title 42, a pandemic-era border policy, was introduced in the early days of the coronavirus pandemic by the Donald Trump administration in March 2020. It is part of US law that deals with public health, social welfare and civil rights. The law primarily gives the federal government the ability to take emergency action to keep communicable diseases out of the country.

Title 42 allows Border Patrol agents to turn away migrants at the southern border on the grounds that they might bring COVID-19 into the US. At the time of being introduced, the Trump administration had said that the order was designed to prevent the spread of coronavirus through immigration detention facilities, where under normal circumstances all migrants are at least briefly held before either being released or deported.

For the first time, the policy allowed the administration to use public-health emergency to turn away migrants even when they asked for asylum.

Before Trump using it in 2020, it was invoked only once in American history — in 1929 to keep ships from China and the Philippines from entering US ports during a meningitis outbreak.

Nicolas Palazzo, a senior attorney at Las Americas, an immigration advocacy group, explained to TIME magazine, “Title 42 was a game changer in terms of the magnitude and the swiftness in which it was applied when people were expelled immediately back to Mexico. There was a lot said about building a wall, and in reality, the most effective wall was Title 42.”

Migrants cross the US-Mexico border from Ciudad Juarez, Mexico, and turn themselves into US Border Patrol agents. The migrants are facing a tough time as restrictions in the US known as Title 42 continue. AP

How has Title 42 been used?

When introduced in March 2020, the Trump administration had stated that the policy had nothing to do with immigration, but the way it has been used suggests otherwise. Since its inception, according to a research done Syracuse University, Title 42 has been used to immediately expel more than 73,000 people.

Since the start of the Title 42 policy, Border Patrol has expelled migrants more than 2.4 million times, according to US Customs and Border Protection. Borderwide, half of 4.8 million migrant encounters at the Southwest border have resulted in expulsion over the period.

So, how does it work?

Since coming into force, most migrants coming in from Central American countries such as Guatemala, Mexico and others were simply sent back to Mexico after the Border Patrol agents recorded their names and fingerprints—a process that didn’t require the migrants to be brought to a detention centre for a proper arrest.

The Biden administration also used Title 42 to quickly deport tens of thousands of Haitians back to Haiti, and more recently made a deal with Colombia to send deported Venezuelans back to that country.

Also read: Texas and other horror tales of migrants who died while being smuggled

Olga Byrne, the immigration director at the International Rescue Committee, has been quoted as telling ABC News, “Title 42 is the most efficient tool at the government’s disposal for quick expulsions to quickly get people out of the US without due process.”

According to several human rights advocates, the ban has impacted Mexicans and other Central American migrants the most, and the majority of individuals expelled at the border are adults travelling alone.

Why has Title 42 upset so many?

Immigration groups have accused the Trump administration of using the pandemic as a pretext to deny tens of thousands of migrants the chance for humanitarian relief through asylum. The Biden administration has also been criticised for their continued use of the law.

Immigration advocacy groups have been stated as saying that Title 42 stokes racism and allows for discrimination. Some have argued that even during the peak of the pandemic, it didn’t help or curb the spread of the virus.

Palazzo explaining the same, was quoted as saying, “Individuals are apprehended, they enter and then they’re placed in group settings in Customs and Border Protection (CBP) custody and then expelled back to Mexico or their country of origin. There’s still transmission of COVID in the CBP facilities.”

Critics have also argued that it infringes on asylum-seekers’ rights to access proper legal channels and apply for refuge.

Even government representatives called the policy draconian, with Chuck Schumer saying it was “draconian” and “inhumane.” 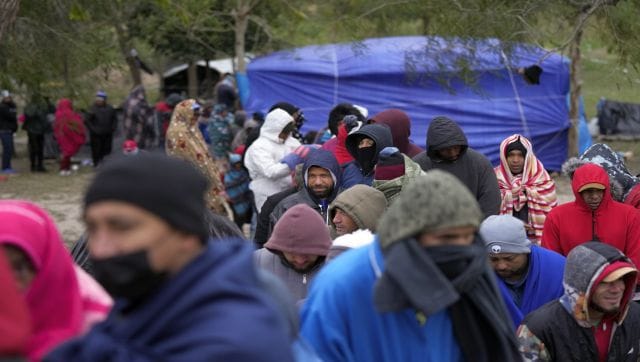 Migrants from Venezuela line up in the cold weather at a makeshift camp on the US-Mexico Border in Matamoros, Mexico. The Supreme Court is keeping pandemic-era limits on people seeking asylum in place indefinitely, dashing hopes of immigration advocates. File image/AP

What’s the legal battle over Title 42?

In 2021, the American Civil Liberties Union (ACLU), joined by a group of civil rights organisations, filed for a preliminary injunction in court, challenging the expulsion of families under the use of Title 42.

Arguing against Title 42, ACLU attorney Lee Gelernt, the lead lawyer in the case, was quoted as saying: “Anybody who arrives at our border is supposed to be able to seek asylum if they claim a fear of persecution.”

As the case made its way through the legal process, the US Centers for Disease Control and Prevention announced last April that the rule was no longer needed because vaccines and treatments were becoming much more widespread.

However, that order sparked Republican-leaning states to file their own lawsuit to keep Title 42 in place. They argued that the end of Title 42 would lead to a surge in migrants, taking a toll on their services.

In Louisiana, a judge favoured with Title 42. But this was effectively blocked by another federal judge in a separate lawsuit in Washington. According to Associated Press, that judge ruled on 15 November that the Biden administration must lift the asylum restrictions by 21 December.

However, a group of conservative states intervened to keep Title 42 in place. Their argument: The cancellation of the pandemic-era policy “will cause an enormous disaster at the border” and the additional migrants will increase the states’ costs for law enforcement, education and health care. They also argued that they had to intervene after the federal government did not push to keep Title 42 in place.

The case finally made its way to the US Supreme Court where on Tuesday it ruled to retain Title 42 and set a February timetable for hearing arguments. Reacting to the court’s order, Lee Gelernt was quoted as saying, “We are deeply disappointed for all the desperate asylum seekers who will continue to suffer because of Title 42, but we will continue fighting to eventually end the policy.”

Miguel Colmenares, a Venezuelan migrant in the Mexican border city of Tijuana, told Reuters: “It breaks my heart that we have to keep waiting.”

“I don’t know what I’m going to do, I haven’t got any money and my family’s waiting for me,” the 27-year-old was quoted as telling Reuters news agency.